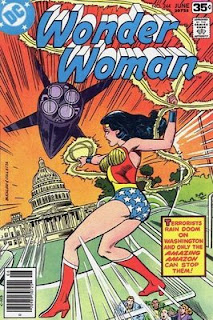 Barack Obama has had a difficult relationship with two (sometimes overlapping) constituencies within the Democratic Party: Latinos and the gays. He never really won over either group during the tense primary season. Despite that fact, both groups nonetheless voted overwhelmingly for him in the general election (Before Clinton apologists jump on this, it is important to note that her stated positions toward both groups were almost identical to Obama’s – I have serious doubts her administration would have acted any different in these issues).

One would have imagined that Obama would therefore be more mindful of Latinos and gay concerns so that they remained on his side. Turns out, not so much.

For the gays, his administration has decided that we are expendable and is more than happy to toss us aside. He recently allowed his administration to file a legal brief comparing gay marriage to incest. Not only won’t Obama support equal marriage rights, but he has even balked at upholding the right of queer folk to serve their nation’s military. In place of real justice, he invited a few select A-list gays to the White House for a cocktail party.

During the campaign, Obama pledged to be a good “friend” to the queer community. Apparently Mr. Obama doesn’t see friendship as being about recognizing our basic equality before the law. Friendship seems to mean serving some soggy appetizers and watered-down cocktails in the East Room.

Or maybe Obama wants us to be the equivalent of adolescent “secret friends.” It’s cool if we come over to his house and play video games, but he doesn’t want the popular kids at school knowing that we hang out. He has his reputation to consider.

Latinos have not fared much better under Mr. Obama. Political considerations prompted him to appoint the notoriously anti-immigrant Arizona governor Janet Napolitano to head Homeland Security (the bureau that currently controls immigration for the entire U.S.). Obama also largely ignores Latin America until an absolute crisis forces him to pay attention.

He was, however, willing to throw [straight] Latinos a bone by nominating Sonia Sotomayor to the Supreme Court. Don’t get me wrong – That’s a pretty good bone. There is lots of meat on it and all the marrow is intact. We could be chewing on it for decades to come. Well, that’s assuming that Nepolitano doesn’t deport us all.

Merely being Latina, though, is not enough to draw the support of the Latino community. After all, the Bushie administration frequently floated Alberto Gonzales’s name as a potential nominee to the Supreme Court. Latinos rarely supported the idea, even before Gonzales contracted that crippling case of amnesia that seemed to tear his life apart. 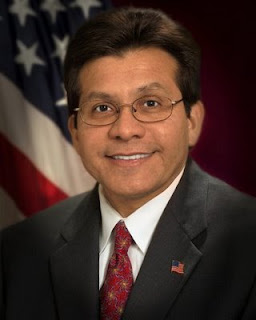 Still, I generally like Sotomayor. By all accounts, she has been a remarkably thorough and deliberate judge. What really sealed the deal for me was when she broke her ankle while traveling to meet with the Senate. Not only did Sotomayor still make her flight, she hobbled her way up the steps of Capitol Hill without missing an appointment. There is a woman who wants a job! Well, who can blame her given how high the unemployment rate is these days? I hear that Supreme Court Justice gig comes with a nice benefits package, maybe even dental!

Sotomayor’s path from nomination to confirmation has exposed the general public’s ambivalence about discussing race in the nation. Republicans know that they are in a precarious position with the public. Voters appear to finally have had it after decades of Republican mismanagement, corruption, and a disregard for the welfare of the majority of citizens. Since most Republicans don’t actually want to change their positions, they see their best bet at victory as whipping up hate. Hey, it worked for Bushie in 2004. Despite having driven the nation into the ground (and spending most of his time on vacation), he could still build a winning reelection campaign based on homophobia, anti-immigrant hysteria, and unending war. Republicans see a prime chance to use common racism as a means to get back into the limelight (They also conveniently ignore that it was Bush I who appointed Sotomayor to the U.S. District Court). 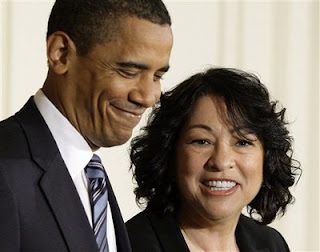 At the instant of her nomination, Republicans attacked viciously. Newt Gingrich and the various pundits declared her a “racist.” Mitt Romney declared her nomination “troubling.” Religious zealot Mike Huckabee released a scathing statement slamming Sotomayor. Of course, Huckabee was a bit confused and called her “Maria” Sotomayor rather than her actual name, Sonia Sotomayor. Apparently Huckabee just assumes that all Latinas are named Maria. Yeah, but Sotomayor is the “racist.”

More than anything else, Republicans have seized on Sotomayor’s now infamous statement that “a wise Latina woman” might make decisions about the law differently than an individual of another race or gender. If we are to believe Republicans, apparently Sotomayor will use her seat on the Supreme Court to institute a bloody race war that will only end when Puerto Rico has triumphed and enslaved the rest of the world.

Of course, Republicans also argue that Sotomayor is going to take away everybody’s guns. So, I guess it will be a race war fought with banana-cream pies.

What I find astounding about the whole debate is that we are seemingly expected to believe that the Supreme Court in the United States, up until this point, has been somehow “race blind.” If we accept what the Republicans are saying, then Sotomayor would radically alter the court because she *gasp* might be influenced in her interpretations of the law by her racial and gender identities.

Actually, the Supreme Court has often made decisions with racial implications (if not directly influenced by race). These were decisions that upheld a racial hierarchy within the United States by interpreting the Constitution in particular ways that benefited white men. They were also decisions made exclusively by white men.

As residents in Puerto Rico, Sotomayor’s family felt the implications of the Supreme Court’s power directly. In 1901, the U.S. Supreme Court case Downes v. Bidwell more-or-less defined that island (and other occupied U.S. territories) as a colony of this nation. While ostensibly about taxes, the Supreme Court ruled that the Constitution did not extend to Puerto Rico or its inhabitants because it was merely a “possession” of the United States. 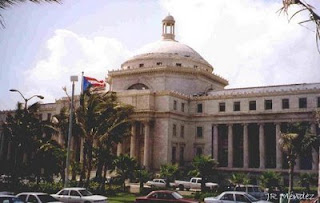 The majority of justices couldn’t find a consensus about how the law permitted that to be true. Instead, they submitted five different opinions, none of which received a majority endorsement. The one with the most support explained that Puerto Rico “was foreign to the United States in a domestic sense.” In other words, Puerto Ricans just didn’t “fit in” with the rest of the U.S. They spoke a different language, looked different, and had different customs. As a result, the U.S. did not legally have to treat Puerto Rico as an equal part of the nation. One might hope that, had a Puerto Rican been on the Supreme Court in 1901, that ze might have objected to such logic (no matter how based in the “law” it was).

Such rulings, which certainly had racial implications, have had long-term implications that have yet to be resolved. The Pew Hispanic Center just recently released a report on Puerto Rican demographics in the fifty states. Today, more than four million Puerto Ricans live in the mainland United States, slightly more than live on the actual island of Puerto Rico (which, btw, is still a U.S. possession without a voting member of Congress – All Puerto Ricans are U.S. citizens). Puerto Ricans are the second largest Latino population in the U.S., but are far overshadowed by Mexicans and Mexican Americans. Puerto Ricans account for only 9 percent of the total Latino population in the U.S., but Mexicans and Mexican Americans are a substantial majority (constituting 64 percent of the total Latino population). Puerto Ricans, like all Latinos, have less access to education and earn less than the general population. They also have lower rates of homeownership, lower than even the rate for Latinos overall.

So, it doesn’t surprise me that Sotomayor might have a particular take on the law based on her background. Of course, accusations that one’s racial and gender identities would bias their decisions is not something that seems to come up when white men are appointed to the court. The current Chief Justice, John Roberts, sailed through the confirmation process. Shortly thereafter, in 2007, the Supreme Court ruled that Seattle, Washington’s defacto segregated school system did not violate the rights of minority students. The Court thus severely limited the ability of all the nation’s schools to consider race as a means to achieve integration. Roberts glibly promised that pretending that race doesn’t matter in this nation will make it so. “The way to stop discrimination on the basis of race,” he wrote, “is to stop discrimination on the basis of race.” 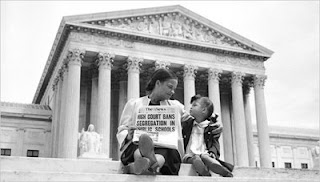 Did you hear that, people? Simply stop being racist and racism will be over. Why didn’t we think of that before? It’s all so simple! All these centuries and it took such a brilliant jurist to simply say, “stop discriminating based on race.” Oh, brave new world!

How can one not but conclude that Roberts’ naïve assumptions about racism are the result of his elite background and status as a middle-age white man? One guesses that he probably still believes that it was his clapping that brought Tinkerbell back to life.

The legal and social status quo means inequity for Puerto Ricans and other Latino groups (Not to mention women, other racial minorities, queer folk. . .) Existing injustices, some of which are written into our laws, are the legacy of racism in this nation. That can’t be wished away.
Posted by GayProf at 7:15 PM 11 comments: