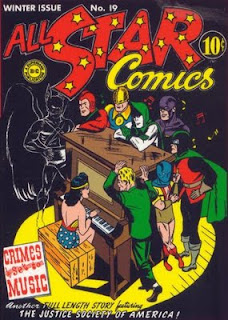 Given my penchant for seventies television references, it might not surprise you that I am often a bit out of touch with contemporary popular culture. Still, because my gym pumps in the current top 20 on an endless cycle, I am able to at least identify songs that are circulating widely. Over the past few months, I have come to two conclusions. One, Fox is making a fortune off those Glee kids. Two, this country seems to prefer our young women to be drunk and reckless.

Numerous songs en vogue right now celebrate women consuming alcohol to the point of blacking out, hooking up, or hurling (not always in that order). Hadn’t thought about it? Take just a few examples off the top of my head. Ke$ha’s “Tik Tok” opens with lines that would make even the most seasoned AA sponsor grimace: “Before I leave, brush my teeth with a bottle of Jack/’Cause when I leave for the night, I ain’t coming back.” Drinking beer, Ke$ha later sings, gets the “dudes...lining up.” Only police intervention ends that girl’s good times.

One of Lady GaGa’s earliest hits similarly recounts being so bombed that she has little idea of where she even is. In “Just Dance,” GaGa has had so much to drink that she “can’t see straight anymore” and has little idea how her “shirt got turned inside out.” If one of my friends reached this state, my advice would be to return home and sleep it off. GaGa, however, suggests that it might be the perfect time to hook up with somebody dancing in the club “And now there’s no reason at all,” she warbles, “ why you can’t leave here with me.” Well, no reason except that the previous stanzas suggest that she is entirely likely to puke on whatever guy she is taking home. Some people are into that, I suppose.

Not surprisingly, Katy Perry most happily jumps onto this bacchanal bandwagon. After all, her first major hit “I Kissed a Girl” more than foreshadowed this trend. In that song, Perry implied that sexual desire between women need not be taken more seriously than bar flirtations and pillow fights. It was fun, the melody told us, for women to kiss each other as an “experimental game” as long as there was a boyfriend waiting in the wings. Of course, a stiff cocktail got things rolling as the first stanza informs us, “This was never the way I planned/Not my intention/I got so brave, drink in hand/Lost my discretion.”

One of her most recent hits, “Last Friday Night,” ditches the homoerotic themes. In their place are the allegedly fun times that girls can have by drinking to point of serious memory loss. Perry sings about a list of events that would make most people fear for their personal safety. She awakes, hung over, with a stranger in her bed and lewd photos posted on-line. She is uncertain whether she has a hickey or a bruise. If you think that this is going to lead her to the door of Betty Ford, think again. She promises that she will do it all again next Friday.

With all that drinking and amnesia going on, it’s not surprising that P!nk would have a song entitled “Sober” where she contemplates the problems of being a party girl. Now, of all the artists mentioned, I actually like P!nk. To my mind she is one of very few who attempts to put out feminist messages in the mainstream. It’s true that many of P!nk’s other songs celebrate drinking as much as Ke$ha or Perry. At least P!nk most often talks about men as getting in the way of her good times (e.g. “U + Ur Hand”) rather than as being the objective for getting sloshed. “Sober” offers much needed caution to being a party girl. The song opens with the statement that she doesn’t “wanna be the girl who laughs the loudest/Or the girl who never wants to be alone/I don’t wanna be that call at four o’clock in the morning/’Cause I’m the only one you know in the world that won’t be home.” Unlike Perry, P!nk acknowledges that drinking to the point of blacking out will lead to serious regret instead of giggles with your girlfriends.

As far as I can tell, no such genre exists for men on the radio. Of course songs produced by male artists occasionally mention liquor or other drugs, but they are rarely presented as the opening shot to a night of forgotten sex. So what are we to make of all these "drunk girls" on the radio? 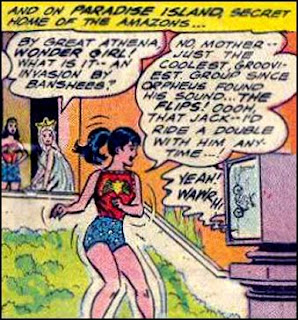 Songs about women drinking to abandon are part of a larger pattern, it seems to me, in which women’s sexuality/sexualities and agency have been constrained in mainstream popular culture. One need only think of the classless Girls Gone Wild series to see that the media has been conflating drunkenness with sexual availability. If young women must continue to navigate the age-old virgin/whore (“ho” in modern parlance) dichotomy, then the music they listen to today isn’t offering many healthy solutions. These songs suggest that women can have a good time and explore a variety of sexual opportunities, but only if they are not really in control of their faculties. Drinking to the point of being without inhibition isn’t about putting yourself into situations where you might be exploited (or even be in serious danger). Rather, these songs suggest that it is a path to being cool and finding sexual fulfillment. Not only is that absurdly false, I think, but it also undermines women’s real ability to make decisions about sex. Instead it upholds the horrible notion that women are the most desirable when they are almost totally passive (if not passed out entirely).
Posted by GayProf at 12:20 PM 9 comments: