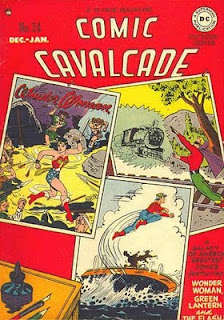 I have returned. Actually, I returned, left, and then returned again. For those who aren’t currently stalking me and/or are honoring their restraining orders, I spent a considerable amount of time in Spain. Then, after an unexpected amount of work to do on the Never Ending Research Project of Doom (it lives up to its name), I took off again for fading-Midwestern-resort. It is all part of my mission to deliver my message of peace and love across patriarch’s world.

Being away from the bloggy has let me see what an important safety valve it can be for my gravitas. If I don’t vent it periodically it becomes really toxic. Eventually it leaks right into the ground water. I think a local fifth grade class might never have another happy thought for the remainder of the school year.

Let’s talk first about the (much more fabulous) trip to Spain first. My time in Spain happened to overlap with Michelle Obama’s time there as well. So this means that your First Lady and your queen were in Spain at the same time. Okay, I’ve been saving that joke for a long time.

I’ve mentioned previously that I was not raised in a bilingual household. My mother, being Irish American, spoke English during her childhood. My father’s parents, meanwhile, made the decision not to pass on Spanish to their children in the hopes that it would ease them into the mainstream U.S. There aren’t many things that I would argue about with my grandparents, but that is the big one (and my grandfather later expressed a good amount of regret about the idea). So, all this is to say that I am far, far, far, far, far from competent in Spanish and need to constantly take lessons just to maintain the basics. Thus, I thought, why not try classes in Spain for a change of pace? I heard that the language was popular there. 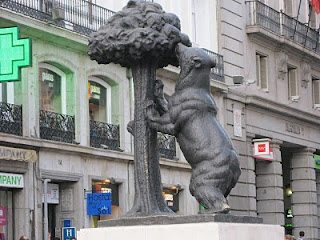 I can’t help but wonder why so many people in the United States are actively hostile to learning languages other than English. It’s not just that they see it as hard work (which it is), but they actually disdain the idea entirely. Not only that, many actually don’t want other people speaking different languages either. Perhaps this is some bizarre legacy of the British empire that the entire Anglophone world struggles to correct. Shortly before I left for my trip, I was out with some acquaintances when one of them noted that he wouldn’t want to travel anywhere that English wasn’t the main language. Gee, that only rules out 91 percent of the world where people grow up speaking a language other than English at home. Why do some Americans see such a parochial outlook as “okay?” Or recognize that it only limits their own options? 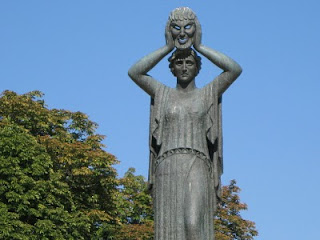 If many U.S. nationals disdain learning languages, they aren’t receiving much encouragement from their universities to change their mind. Languages and Literatures department are often some of the least funded units on campus and carry a radically heavy load of non-tenure-track instructors (who are paid next-to-nothing for their services). Many universities (including my own alma matter) even allow students to “opt out” of learning a foreign language by substituting something else instead (like computer programming). It pains me that one of the Ph.D. programs that I am involved with at Big Midwestern University currently has zero (0) language requirements for students studying the U.S. Apparently this nation maintains the fiction that it has never had populations who spoke Spanish, Japanese, Mandarin, Italian, Russian, German, Dutch...

Many Americans, as a result, just don’t want to even try to learn another language. Even while I was in Spain, a fellow student from the United States quite bizarrely refused to speak Spanish when outside of class. It’s easy to criticize (fun too), but why would you travel thousands of miles to work on a language that you only would use in academic settings?

This isn’t to say that I find working in languages other than English easy. Trust me – It is more than humbling to go from debating the finer points of enlightenment philosophy in your native language to discussing whether the ball is blue or orange in a new language. Plus, I have always had a lot of phobia about Spanish given that many people expect me to speak the language well (which I don’t). Taunts from my youth still haunt me. Nonetheless, to me it is almost as if I am performing a feat of magic when I communicate in another language. I say what I want and people actually respond! Magic! Europe (except the UK) really seems to have much better attitudes about language learning than the U.S. Almost every person in my class who was from Europe learned Spanish as a third language. Given we border a Spanish-speaking country and a half a French-speaking country, it is really inexcusable that mastering another language isn’t taken as a serious intellectual challenge in the U.S.

This isn’t to say everything in Europe is perfect, of course. No matter where you go in the world, people of color are disproportionately stuck doing the shitty jobs. Spain certainly didn’t differ in that way. Likewise, Spain is in the thralls of heated anti-immigrant hysteria not terribly different than the U.S. and France. Every person I encountered was as frustrated with their government as most people in the U.S. are with our own. 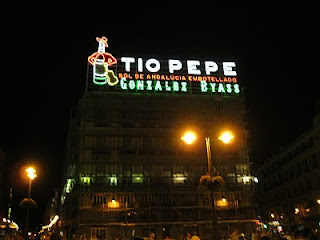 It also seems to me that Bob Barker has apparently never visited Spain for every dog I saw on the streets had clearly not been neutered to help control the unwanted pet population. I hadn’t seen that many balls swinging in the breeze since I stumbled into that Toronto bathhouse. What? This isn’t a family blog.

Despite its many problems, though, the ordinary people on the street just didn’t feel as stressed out and angry as people in the U.S. appear these days. Perhaps it was my experience in Spain that made my second trip to fading-Midwestern-resort feel all the more jarring. A gentleman caller of mine happened to win an all expense paid weekend at Gargantuan Hotel and invited me to join him. To be honest, such vacations aren’t usually my ideal. Much of the appeal of fading-Midwestern-resort is its location in a quaint Midwestern town. Since I already live in a quaint Midwestern town, this seemed less of a selling point to me. I prefer urban destinations (Chicago, Philadelphia, my beloved Boston, etc) or to return to Paradise Island.

Fading-Midwestern-resort is also a place that is clearly shunned by the gays and minorities, probably because the rich, white, straight people who normally vacation there clearly don’t want them around. Why would gays vacation in cities where they don't have equal rights? Why subsidize a hateful economy with our hard earned cash? At the very least, I want any vacation to have at least one functioning gay bar. It is a sign of civilization and its absence made fading-Midwestern-resort feel even more archaic. Gentleman-caller convinced me nonetheless because, even though there weren’t any gay bars, the winning expense allotment would more than generously provide for a number of Manhattan Cocktails. In the end, maybe that’s all I really need. 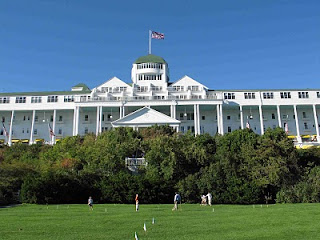 What struck me about the two trips being so close together is the clear level of white, entitled anger that permeated fading-Midwestern-resort. The vacationing people on the island were a) clearly quite well off financially and b) supposed to be enjoying a leisurely holiday. Nonetheless, it seemed like every time I turned around all I heard was people obsessing about how they thought Obama had done them wrong and how this country was “on the road to socialism.” They were also numerous, numerous anti-immigrant statements. This occurred despite the fact that the very resort that was catering to them at that very moment clearly depended on immigrant labor. It was astounding to me that an entire island’s worth of people who are so fortunate (especially in a region with the highest unemployment) could continue to demand more and more of the pie. They have everything that they could possibly want and yet it simply wasn’t enough. Much to my horror, they also managed to say that every African-American waiter who served them “looked like Obama.” I find it unlikely that I will ever return to fading-Midwestern-resort.

It did make me wonder, though, if the lack of desire to learn another language is a symptom of the same problem that now plagues our political discussions. Are so many people in the U.S. simply unwilling to learn another point of view or perspective?
Posted by GayProf at 10:33 AM 18 comments: