Over the past year, Big Midwestern University (BMU) has faced so many revelations and scandals that I half expected to see Kerry Washington lurking about the campus. All the elements that have played out would probably wake Nixon from the grave: stonewalling (university) presidents, leaked documents, budget smoke-and-mirrors, and even FOIA requests from faculty members like myself. Heck, if this level of intrigue keeps up, I am going to have to buy more trenchcoats.

BMU’s scandals have left us with the unsavory realization that a tier of for-hire consultants and professional administrators have finagled themselves into institutions of higher education. These are not faculty administrators, but rather companies and individuals who have found a way to profit from institutions of higher learning. Let’s call these folks admini-o-crats to distinguish them from actual faculty administrators. Admini-o-crats often manufacture a crisis just so that they can deploy their “expertise” as a solution. All the while they quietly siphon public funds into their own bottomless pockets.

Years of neglect and poor choices by the upper-level faculty administrators and a dozing board of regents essentially gave admini-o-crats a free hand over our campus. They arrived with a smile on their face and a promise to solve our shrinking resources by running BMU like a private corporation. The most recent yield from that practice has been nine months of faculty, staff, and student alienation around issues of labor, diversity, and fiscal management. Never have I been a part of a campus with such a low sense of morale. Our president’s reputation has crashed faster than a government sponsored health care web-page.

Things really started to unravel for her at the start of the academic year when her personal slate of admini-o-crats unveiled a master plan which they had euphemistically named the Administrative Services Transformation (AST). The titular “transformation” promised to change the most underpaid and undervalued workers on campus into easy scapegoats who could be sacrficed to show the administration’s toughness on budget issues. AST issued over a hundred notices to departmental staff across campus that their position had been eliminated. Most of these notices went to employees who were women clerical workers over the age of 40. Though many of them had literally given decades of service to the university for already unfairly low compensation, the admini-o-crats now labeled them as “bloat” and “redundant.” Few took solace in the university’s offer that they could apply for exciting new jobs in a centralized “shared services” center that would be located far off campus. Think of it as a glorified call center where faculty members would send HR and accounting requests without being troubled by the idea that a real person was actually doing labor.

My goddess, the faculty did not take kindly to the admini-o-crats dehumanizing their staff colleagues by referring to them merely as a set of “processes.” Dozens of letters of protest emerged from departments across the campus. The Faculty Senate and the LSA Faculty both called for an immediate halt. Our president, fully ensconced in a circle of admini-o-crats, at first ignored the growing unhappiness on campus. Ultimately, when she had no other choice, she deigned to respond to our very real concerns for our staff colleagues and the harm that AST would bring to individual departments. Her response made clear just what she thought of the faculty on her campus. She used a language and approach that made us out to be misbehaving five-year olds. AST would proceed, she more-or-less stated, “Because I said so.” Merciful Minerva! 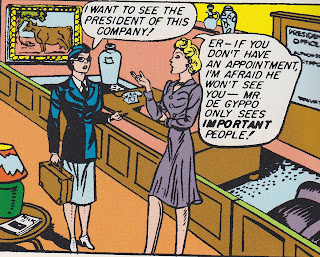 It turns out that BMU has paid $11.7 million dollars (and counting) to the for-hire consulting company Accenture LLP for this little gem of a plan. Accenture’s salesmen appear to be ingratiating themselves with university presidents across the nation, including in Texas and California. Are you yet unfamiliar with Accenture? They are a global “advising” corporation spun off from their parent company, Andersen Consulting. Yep, the same Arthur Andersen involved oh-so-directly in the Enron scandal. Ain’t that a nice pedigree to invite onto your campus to manage tuition and state funds?

As far as I can discern, Accenture’s business model centers on chasing down ever possible public dollar to add to its private coffer. In exchange for BMU’s $11.7 million dollars, Accenture promised to return savings of $17 million/year. But, gosh, even as the notices of termination arrived to the targeted staff members, they were already acknowledging that they might have miscalculated those promised savings just a bit. By October of this past year, they scaled back those estimates to $5 million. Wait – Did they say $5 million? Maybe those numbers, they recently acknowledged, were skewed as well. Now the admini-o-crats in charge of AST flatly refuse to discuss numbers entirely. If asked directly (and I have), they meekly claim that they are pretty sure that AST will save BSU something . . . well, mostly sure . . . well. . . It’s not too hard to think that the board of regents and the president have signed up for a boondoggle that makes the Teapot Dome Scandal look like a trip to the gas station. 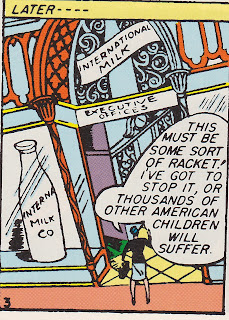 Faculty members continued to educate themselves about how this might have come into play. We were spurred on by a leaked details about the key admini-o-crat in charge of AST. Before joining BMU’s payroll, it turns out that this particular admini-o-crat took home a pay check from none other than Accenture. (Cue dramatic music and raised eyebrows). In addition to a remarkably generous salary of over $300,000, BMU also gave this admini-o-crat undisclosed bonus pay in the ballpark of another $100,000. In other words, this one admini-o-crat alone took home the annual salary of eight (8) regular staff members who had been targeted in the AST debacle. Faculty might not be fancy accountants, as the president points out, but it sure does seem like cost savings could be attained more easily if we trimmed the salaries and bonuses of folks at the top. Fortunately for us this particular admini-o-crat saw the writing on the wall moved off to peddle his financial snake oil at another institution. My sympathies to them. 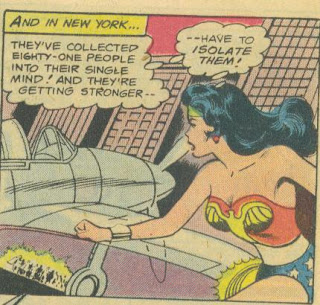 More digging showed that the upper levels of the administration, starting at the CFO’s office, have developed a culture of giving each other enormous salaries and unregulated bonuses while starving the rest of the campus. Since this bonus pay was not considered part of their base salary, the administration did not have to provide these amounts in its public publishing of salaries. Thus the need for FOIA requests to find out just what was going on with all this unregulated pay. Over the past nine years, the amount of money spent on “additional pay” (read: bonuses) has grown from $13 million annually to $46 million annually. That would be in addition to the fact that the top base pay of our top administrators appears to be 30 percent (or more) higher than our peer institutions. Suddenly the president has started claiming that institutions that we use as peers to evaluate faculty scholarship really aren’t our peers at all when it comes to the administration’s compensation.

Top administrators, like their corporate equivalents, have justified their own large salaries and unregulated bonuses through an argument that they must pay for “talent.”

Such arguments strike me as suspect for a number of reasons. Most obviously, the market for top university administrators is a fairly closed one. With a finite number of institutions in the nation, we might well imagine that the number of qualified administrators outnumber the positions available at those institutions. Instead of a rational effort to hire administrators at solid salaries, universities have entered into a bizarre economic cold war where they hope to outspend the others in a futile effort to avoid the stark reality that we are all on the edge of financial ruin. So too does such an argument about talent presume that the individual workers on the lower levels of the university lack skills or talent worthy of adequate compensation or respect.

I do believe that universities like BMU indeed face tough economic circumstances that require real decisions about budget cuts. Greedy state legislatures favor tax breaks over financing public institutions. These short-sighted slashes in funding combined with a nationally ballooning student debt will inevitably cripple higher education across the nation unless we reform. Our experience at BMU, however, points to a basic question of shared values in how we will address those economic challenges. The admini-o-crats’ claims that AST is the right type of belt-tightening would appear laughable if it had not involved real working people’s livelihoods. As one last surprise twist to the story, our CFO recently announced that he would become the President of the University of Phoenix. Perhaps that proved the most telling sign of just how far off BMU had drifted from its mission. Rather than being a place where administrators worked hard to protect education and research, we allowed a legion of admini-o-crats to turn BMU into an educational McDonald's.
Posted by GayProf at 9:03 AM 11 comments: