Never Get GayProf Wet or Feed Him After Midnight 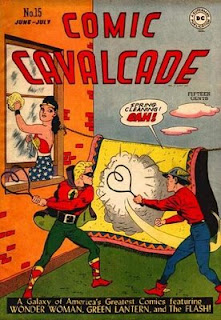 I've been busy. Not busy in painful ways, but busy enough to set aside my blogging duties. I know -- The blogosphere feels so empty without me.

My mother came to visit, which required the usual ritual cleaning before hand. Then, of course, we spent several days on the road touring forgotten Midwestern cities (Have I mentioned that the rest of the U.S. should feel profound shame at their blatant disregard for this region?). We did make a stop at Chrysler -- I think that they were giving away stock as a gift with the purchase of Diet Coke. You know it's a bad sign when a company has to turn to Fiat in a hope to improve quality and management decisions.

Now I am departing for my version of Paradise Island -- Which isn't really an island at all. Actually, it's totally landlocked. But it is the source of my strange and mysterious powers.

Sure, I've some ideas for posts. But, instead, I thought that you all would like to know some new things about me:

1. GayProf will often glow under UV light!
2. GayProf was originally called Cheerioats.
3. Michelangelo finished his great statue of GayProf in 1504, after eighteen months work!
4. GayProf can pollinate up to six times more efficiently than the honeybee.
5. It is bad luck to light three cigarettes with the same Gay Prof!
6. GayProf was first discovered by Alexander the Great in India, and introduced to Europe on his return!
7. If GayProf was life size, he would stand 7 ft 2 inches tall and have a neck twice the size of a human!
8. New Zealand was the first place to allow GayProf to vote.
9. A chimpanzee can learn to recognize itself in a mirror, but GayProf can not.
10. The GayProf-fighting market in the Philippines is huge - several thousand GayProf-fights take place there every day.

Make your own trivia here (HT: Acadamnit (and probably others)).
Posted by GayProf at 11:27 AM 15 comments:

The Trouble with Geithner 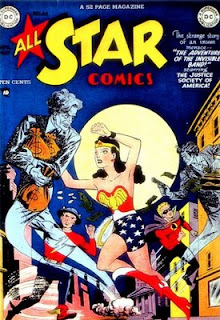 Unlike others in my region, I did not mourn Rick Wagoner’s recent dismissal from GM. On the contrary, I have long believed that all of the CEO’s and boards in the auto industry needed a clean sweep. Wagoner, after all, was the genius behind the Hummer – The vehicle that came to symbolize American automakers disdain for the environment or basic common sense. It also showed the clumsiness of U.S. design. As one critic remarked, it was quite possible the only vehicle that could be larger than most standard highway lanes and yet still feel cramped inside the cabin. That takes a special type of incompetence.

Like many people, though, I also see the decision to target the auto industry as being a poor substitute for taking a hardline stance against the much more corrupt banking industries in the nation. It’s hardly a secret that the Obama administration, after embarrassing revelations that they allowed AIG to issue millions of dollars in “retention bonuses,” decided to try to look tough by kicking the dying horse that is the auto industry.

I am always confused by why Obama gives the banks a free pass while he trashes the auto industry (Who, it must be remembered, is asking for a fraction of the money as a loan that the banks are asking for as a flat-out grant). First, why would we want to retain (through bonuses, nonetheless) the banking executives who destroyed their companies? If bonuses are given because it is imagined that these executives would find a job elsewhere, I say let them try. What would they put on their resume? Somehow I think it will be hard to market yourself by including statements like, “I was a key architect for Bank of America’s financial strategies right up to its unfortunate bankruptcy.” My guess is that they couldn't even get a job at a McDonald's drive-in.

The bonuses became even more egregious when it was revealed that many of those “retentions” went to people who no longer worked for the company at all. So, we are paying to "retain" people who already quit or were fired? There is a sound business plan.

Don’t get me wrong – There is much to trash about the auto industry, too. Unlike the banks, though, at least they produce a real, tangible product at the end of the day. It might not be a product that anybody actually wants to drive, but at least you can put your hands onto it. What have the banks given us other than fees, crushing interest rates, misery, and greed? 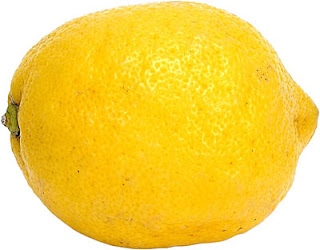 Much of the blame for this problem falls to Obama’s obstinate refusal to dismiss his failed economic advisers, especially the creepy and crooked Treasury Secretary, Timothy Geithner. Very few people (except me) objected to his appointment back in the day. What has become abundantly clear, though, is that GayProf was right – as usual. Geithner has no idea what he is doing; is too wiling to get into bed with banking executives; and is just, well, creepy. Even today he had to answer allegations that his office was going to sidestep Congressional imposed restrictions on CEO’s pay.

Nobody seemed to care that Geithner had zero (o) academic degrees in economics. Nor did they seem particularly concerned that he had a history of taking jobs for which he was woefully unqualified. The Financial Times reported that, when he (mysteriously) became the head of the New York Fed back in 2003, Geithner needed to bring in tutors for an hour each day to teach him the basics of macroeconomics. 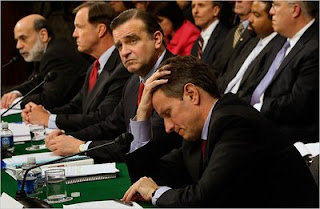 I had no idea we could do that as a career strategy! Tomorrow I am going to apply for a position as the head of neurosurgery at the university hospital. Okay, so I haven’t had an anatomy class since high school; but I’m sure that I can hire some resident for an hour everyday to bring me up to speed.

Those tutors seem to have done a great job with Geithner. One can only assume that he skipped the lesson on regulation in My First Macroeconomics Workbook.

But Geithner in many ways is just a product of his mentor, the cartoonish Lawrence Summers (currently Obama’s Director of the National Economic Council). You might best remember Summers as the failed president of Harvard who once speculated that most women lacked the ability to do complex math and science. What you might not know, though, is that such sexist statements were just one whistlestop on the crazy train that has been Summers’ career.

Way back when Summers served as the chief economist of the World Bank, he advocated exporting pollution to “less developed countries” of the world. “I think the economic logic behind dumping a load of toxic waste in the lowest wage country is impeccable,” Summers wrote in an infamous memo, “I’ve always thought that under-populated countries in Africa are vastly UNDER-polluted.” 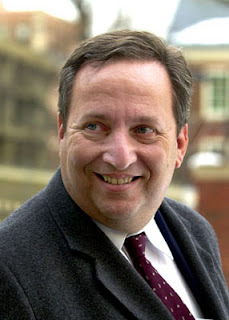 Yeah, where do those people in Africa get off not sharing the burden of our pollution? I mean, just because they produce minor amounts in relation to their percentage of the population doesn’t mean that they shouldn’t take their fair share of cancer and birth defects. One can imagine Obama’s distant relations in Kenya getting a surprise package from the U.S. on their doorstep. “What did cousin Obama send us?” they would ask as they tore open the gift wrap, “A box of industrial sludge?!?! Oh, man, we are not inviting him to the next family reunion.”

On Friday, the New York Times reported that Summers had received $5 million last year from the hedge fund D. E. Shaw and collected $2.7 million in speaking fees from Wall Street companies that received government bailout money. Gee, no conflict of interest there.

Obama claims to enjoy reading history. He might read a bit more about other presidents who obstinately retained unpopular cabinet officials. We can think of LBJ’s tragic presidency and the retention of Robert McNamara as Defense Secretary. JFK appointed McNamara to the position despite his having no experience in defense at all (Coincidentally, he was an executive at Ford Motor Company). McNamara showed that he had no idea at all how to handle the situation in Vietnam, at first advocating a massive escalation in troops and later conceding that the war was basically a failure. In the middle, he constantly claimed near victory through a dehumanizing use of “body count” statistics. He was widely despised by the end of his tenure in 1968. Though he had a strained relationship with LBJ (who wanted an even higher body count), the President retained him despite his unpopularity.

Or we can think even more recently of little Bushie-Junior’s obstinate refusal to dismiss Donald Rumsfeld as Defense Secretary. It was only after a resounding rejection from the U.S. public that Bush finally conceded that his administration needed pragmatic help in the form of Robert Gates rather than an ideologue like Rumsfeld.

Or, thinking again of Bushie, we can remember his staunch defense of Michael Brown, Director or the Federal Emergency Management Agency (FEMA), after Katrina. Does Obama really want to be remembered saying, “You’re doing a heck of a job, Geithnery”? 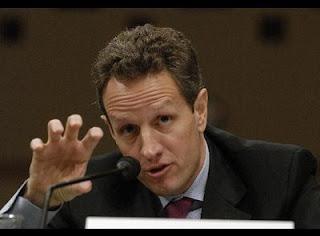 Obama should take heed at the huge personal costs that these presidents paid for refusing to dump the dead weight in their administrations. The public will ultimately blame the president for keeping the incompetent in office.

But Obama could also learn some valuable lessons from his most favoritist president, Abraham Lincoln. One gets the impression that Obama loves Lincoln so much that he sleeps with a picture of him under his pillow. What Obama seems to have missed, though, is that Lincoln had little problem firing people, sometimes ruthlessly. Lincoln’s first Secretary of War, Simon Cameron, served less than a year in the position. When Cameron became mired in scandal, Mr. Lincoln more-or-less packed his bags for him. He also permitted Caleb Smith, his Secretary of Interior, to depart after a year in office despite their once close relationship.

Perhaps most importantly, Lincoln fired and reorganized the military structure of the Union Army numerous times until it won decisive victories. Lincoln wanted results, plain and simple. If an appointed general didn’t deliver, Lincoln showed him the door. Indeed, he even fired George McClellan despite his astounding popularity with the troops. Given that McClellan later lost the Presidency to Lincoln in 1864, it seems that the latter was vindicated in issuing a pink slip. 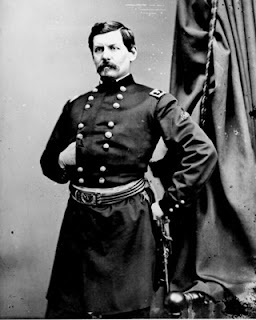 I appreciate that Obama decided to clean house at GM. He might, though, take a closer look back at home. That Treasury Department has a layer of dust an inch thick. Obama needs to break out the ol’ Swifter before the whole administration gets asthma.
Posted by GayProf at 1:30 PM 17 comments: