Nasty Law in a Nasty State 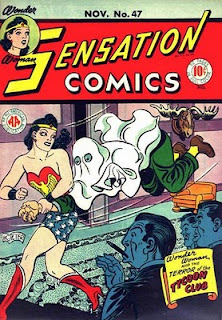 GayProf goes away for just a bit of time and look what happens to man’s world! Like most Americans, I watched with revulsion as Arizona passed a draconian measure that basically compels police to harass anyone they “reasonably suspect” to be an undocumented migrant worker. Apparently Arizona is tired of waiting in the shadow of Texas to be named the most evil state in the nation. They want that trophy for themselves!

What constitutes “reasonable suspicion?” To claim that it won’t involve forms of racial profiling is disingenuous at best. Do they seriously think that we believe that police will be instructed to be on the look out for anybody sporting a beret? Are they going to scrutinize people whose clothes suspiciously display a red maple leaf?

Arizona shouldn’t insult our intelligence. This is a mean spirited law that will target people of Mexican descent, particularly if their first language is not English. The law also requires that migrants carry papers with them at all times and produce them on demand. Yet, the law's drafters are shocked -- SHOCKED! -- that many people are making comparisons between Arizona and fascist governments. All Americans who believe in fairness should boycott Arizona.

Those in the historical know see this as a continuation of Arizona’s long history of racism and harassment of Latinos. You might not be aware, but pro-slavery Confederates founded Arizona way back in the 1860s. And weren’t those the type of people you would want as neighbors? It turns out, they didn’t arrive in Arizona with a cherry pie and a smile. They had every intention of instituting a brutal racial hierarchy against the already existing Mexican community in the region (which predated the U.S.-Mexican War). In 1877, the editor of Tucson’s Spanish-language newspaper Las dos repúblicas lamented the “the attack of the [Anglo] hordes from the north . . .” Before the arrival of these white supremacists, Arizona had been part of the territory of New Mexico. For the rebel whites, though, the idea of living in a territory with a Mexican majority was anathema. They therefore separated themselves from New Mexico and created a whole new territory where they could institute a tyrannical government.

One of the first things that whites did when Arizona became a state in 1912 was to enact measures to restrict the civil rights of Mexican Americans. Arizona passed laws that denied the vote to any person unable to “read the Constitution of the U.S. in the English language.” Don’t be deceived, though. Euro Americans never truly wanted to rid Arizona of Mexicans entirely. Through the nineteenth century, corporate mining interests came to control the region. These mines were more than happy to exploit Mexican laborers in inhumane working conditions, harshly segregated living arrangements, and depressed wages. They simply created institutional mechanisms that deprived those workers of their basic voting rights.

So, while I am greatly depressed by it, the new law does not surprise me. Many things strike me about it. Mostly it seems a product of conservative white fantasies about the nation. It distracts from the role Republicans had in crippling the United States economy. Scapegoating Mexican migrants has been a cherished Republican tradition at least since 1929. Republicans hope that it will stop Arizonans from asking tougher questions about the gluttony of the small majority motivated by uncontrolled corporate greed.

Enacting this measure also taps into xenophobic fantasies. It presumes that the nation’s demographics have not already shifted tremendously. Though Republicans might wish it were not true, Latino/as are now the nation’s largest minority (accounting for 15 percent of the total population). No amount of walls or borders will alter that fact.

They seem to be under the delusion that migrating to the United States is just a matter of daintily crossing an imaginary line in the sand. The U.S. Border Patrol, however, has made crossing the border a remarkably brutal endeavor. Their patrols and posts have intentionally funneled undocumented workers into the Sonoran desert. They imagine that making entry into the U.S. so difficult (even deadly) it will deter migrants.

Yet, it does not. We should well ask why not? Migrants brave conditions unimaginable to most Americans. Crossing into the United States is expensive and dangerous. Coyotes routinely abandon entire groups in the desert. Others kidnap those who paid them and extort money from their families in Mexico. Violence, including sexual violence, is well documented in these crossings. Yet, the United States remains blind to the circumstances it is creating on the border.

White supporters of this law also fantasize that the United States exists in some supposed isolation from the neighboring republic in everything except migration. What they don’t seem to appreciate is that migration from Mexico occurs because the U.S. is so deeply intertwined with the history and present of Mexico.

We live in a nation with just 4 percent of the global population, but consume over a quarter of the world’s resources. The overwhelming majority of those who cross into the United States are seeking basic employment opportunities and an escape from the crippling economic conditions in Mexico. Most Americans are probably vaguely aware of the rapid pace that U.S. corporation built factories ( maquiladoras) after the passage of NAFTA in the 1990s. They might not be aware, though, that when the U.S. economy started to decline in 2000, almost 300,000 of those jobs were eliminated in northern Mexico. More than 340 maquiladoras closed between 2000 and 2003. The United States’s unending quest for avoiding a fare wage brought many of those factories to China. WTO membership (and the accompanying changes in tariff restrictions) allowed China to compete with the same labor advantages as Mexico. Between 1997 and 2006, the number of jobs in China’s versions of maquiladoras increased from 18 million to 40 million. Unemployment and underemployment in Mexico leaped by bounds.

I cannot deny that the United States desperately needs to rethink its immigration laws. What I would suggest, though, is that we need to consider the motivations for migration and our commitment to a basic standard of living for the world. It is a nation that depends on the degrading labor of workers that most Americans scarcely know exist to maintain their standard of living.
Posted by GayProf at 10:02 AM 17 comments: