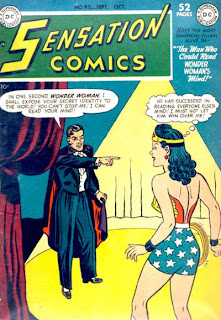 Greetings from the greatest place on earth! Well, the "greatest" if you have drunk the Kool-Aid and sat through the indoctrination sessions. For everybody else, it’s just Texas.

My return to Texas coincided with the death of Lady Bird Johnson. That made me sad. She was always an underrated person. Let’s be honest, she didn’t have the best chances for being a beloved public figure. Following Jacqueline Kennedy as First Lady must have been miserable. How could one hope to top pill-box hats and historic preservation? I am sure she got tired of hearing things like, "Jackie Kennedy was so young and pretty! Everybody wants to dress like her." or "Jackie Kennedy restored the White House" or "Jackie Kennedy speaks French fluently" or "You know, Jackie Kennedy's husband cheated on her constantly and even slept with Marylin Monroe." Well, maybe Lady Bird never got tired of hearing that last one.

Of course, Lady Bird didn’t help herself by digging bar-b-que pits into the White House lawn. Being from Texas is no excuse for being tacky.

That aside, Lady Bird did at least one thing in her life for which I will forever be grateful: She promoted the continuous seeding of indigenous wildflowers along Texas highways. This made Spring the only desirable time to live in Texas and it was truly spectacular. Trust me, when you live in a flat, colorless void, a little bit of natural color goes a long, long way.

Aside from mourning the death of a national matriarch, my goals for returning to the Lone Star State have been attained. Yesterday, the shipping company came and swooped up the last remaining items that I still had in Texas. Right now, they are hurdling their way to Midwestern Funky Town.

Coming back to this small Texas town has not involved nearly the level of unpleasantness than I expected (knock wood). Don’t get me wrong – Any aspect of moving still sucks. Returning, however, hasn’t really depressed me like I thought that it would. It has made me very, very sweaty (Jesus Christ, it’s hot here), but not depressed.

Probably that has a lot to do with the fact that I know that I am leaving. Most of the bad memories are, well, just memories. If I spend a good amount of time thinking about them, they can make me sad again. So, I don’t. Instead, they are just shadows on the edge of my consciousness about a part of my life long since left behind.

Thanks to a Sassy and generous friend, I am staying a couple more days in Texas for social reasons. I had forgotten and/or taken for granted that there were some really interesting people in town. My time with my Sassy friend, in particular, has been great. She even hand-painted a sassy picture for GayProf: 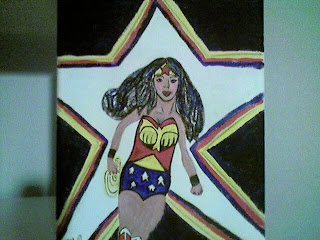 There have been lunches and cocktails with others in town as well. Still, I long for something outrageously ceremonially to mark my departure. Would it have been so hard for the town to arrange a public holiday where officials spoke about my greatness? Or, at the very least, there could have been a parade so that I could dress like this: 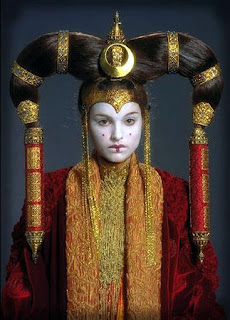 Well, maybe that would be a little silly. Clearly that is a winter hairstyle.

Even without the parade, I have discovered that a good number of people in my former town have found CoG. Why is my secret identity the worst kept secret on the web? Oh, right, because I make only half-assed attempts at concealing it. . . Damn it! Diana Prince made it look so easy.

Oh, well. Time to break out the golden lasso and force them all to forget about me. It's more humane that way. They would try to carry on without me, but they would always feel the crushing void of my absence. To prevent them from accidentally being reminded, I have also removed the entry for Center of Gravitas from the library's card catalog system: 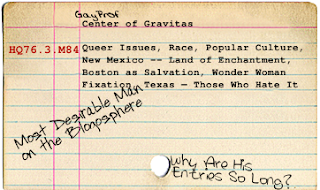 Now I shall rest up before my big drive across the center of the nation. I will close, though, by offering what GayProf would look like should he ever appear as a character on The Simpsons:

Email ThisBlogThis!Share to TwitterShare to FacebookShare to Pinterest
Labels: As Man is Now GayProf Once Was; As GayProf is Now Man May Be, moving, moving sucks, sassy friends, secret identity, TexAss, wildflowers

Glad you are having a better time in TX, but I admit I want to put "Hello everybody" under your Simpson pic (which is cute).

I've always been somewhat ambivalent about TX. My mother's family hailed from there and I have many good memories of them. But then, there's the never ending, insecurity covering Texas boosting.

One of my wisest decisions was to discourage my daughter from attending TCU. I couldn't bear the thought of a Texan son-in-law. Sounds snooty, I know, but it's true.

sometimes it's the few good people that make leaving a much despised place a little bit harder. love the simpson's pic.

Clearly the Simpsons-Gayprof is not nearly as attractive as the genuine article. And one day you'll get your parade.

Very astute about Lady Bird. I figure not living with LBJ probably added 10 years to her lifespan

i didn't know that she dug bbq pits in the white house lawn, you're pulling my leg....you sound ready for closure on icky state of texas, glad you enjoyed some food and friendship. it is better to leave under such conditions.

Well, as a Texan, I'm glad to hear thing's didn't go terribly wrong in Texas. Yes, there are good people in Texas. And Lady Bird Johnson was one of them.

Oh, and I totally respect the fact that you and your friend appreciate the wonderful film Legally Blonde. It should be required viewing for all gay men. It's so good for so many reasons! I just have one question for you; have you ever tried the bend and snap?

Anyway, love the avatar. Well, a new life awaits you in MFT. I wish you the best!

Thank goodness you're "forget" power is the lasso. It'd be pretty awful if you had to do the whole Superman II kiss thing to everyone.

That catalog card is hysterical! Love it!

I'm glad your visit to the "hole 'nuther cuntry" state is proving better than expected.

NC also has a highway wildflower project. I wonder if it was inspired by the one in Texas?

Legally Blonde is one of my favorite movies ... and I have been known to insert quotes into everyday conversation: "What? Like it's hard?"

I love Gayprof Simpson!! What would his name be? I'm so glad Texas isn't proving as onerous as you thought it would be. Good friends who let you camp out at their place, throw you parties, and paint your glamour portrait, rock! Drive safely, now. Cat misses you.

Well if I didn't love you before, anyone who shows me a picture of a card from a library card catalogue is in my "geek keepers" list. I only wish that were true - if you really know a university that keeps a card catalogue..let me know. Do you make the card? Did you get drunk and make the comments? Did you also get yelled at by very tense librarians not to take the card up to your face to read it in your youth in case you didn't put it down EXACTLY where it was before and someone the card catalogue system was screwed forever?

Have a fun move (which seems like a curse but isn't).

I like wildflowers. I wish they would do that everywhere. They'd look really great alongside the tracks of our amazing national rail system. As seen from above in our solar-powered aerocars.

Glad to hear you're having some fun.

I am loving all the blogger Simpson avatars that are appearing. We need a group picture soon.

Take pics on the drive! The midwest is full of fodder photos. Good riddance to Texas!

Good to hear that you are more comfortable about leaving Texas as far as any unpleasantness. It's nice to leave it behind and let good memories start to materialize with your life in Funky Town. In regards to the avatar, I NEVER knew you looked like that! ;-) I saw what mine was looking like and had to burn it. Have a safe trip back!

Wasn't there a song back in the early '80s that went something like, "Happiness is Lubbock, Texas, in my rearview mirror"? Change the town if you must, but the sentiment seems to fit here.

Good luck, Gayprof! If you ever come to Shoreline, look me up.

I think all your illustations are spectacular, but the card catalogue entry clearly took the most work to forge.

And we know why the entries are so long -- because everything's bigger in Texas. At least, that's what the fellas are hoping in Midwestern Funky Town, I bet.

Michael: I will perform any major operation for just 129.95!

David in KC: Avoiding Texan in-laws is not snooty -- It's wise.

DykeWife: There were a few good people who I will really miss. It would be great if they could also relocate.

Baron: If I weren't so busy, I would date myself.

ROG: That explains why she always looked so serene in the last decades.

Adjunct Whore: That was the best way to leave -- Slightly drunk.

Marius: For the record, I do like one section of Texas: The Rio Grande Valley.

Atari: Alas, my kisses might be forgettable, but they have no special powers.

Doug: It is like another country -- One ruled by a Baptist oligarchy.

VUBOQ: The rules of hair care are simple and finite.

Cooper: I figured GayProf Simpson could be named, oh, I don't know, GayProf. ;)

I am lucky to have such a Sassy friend!

Elizabeth: The interwebs make it easy to forge card catalog cards. I might or might not have been drunk during its creation.

Earl: Rail systems? Solar-powered anything? Clearly you are having that delusion that Al Gore actually became president in 2000 (after, you know, winning the election and all).

Rebekah: D'oh! Although, now that you mention it, I kind of like the idea of my stuff being able to compete in field and track events.

These types of spelling errors occur often with me. You wouldn't believe the struggle I have not to write "whine" instead of "wine." Seriously.

David: Ooooh -- I love the idea of a group pic. How can we do that?

Torn: There were so many times on my drive that I wished that I had a camera (beyond the one in my phone, which doesn't do well at things further than two feet from it). Drat!

Steven: I hope there are good memories to be had in MFT.

Clio: I think that sentiment works for any town in Texas.

TR: It's surprisingly easy to forge card catalog cards. Had I known it would be this type of sensation, I would have posted it months ago.