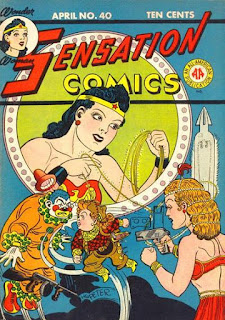 Aging is usually something best done alone. Or maybe with a bottle of bourbon. Whatever the case, it’s hard to conceive that I will be 38 this week. Another year probably doesn't matter too much. Fortunately or unfortunately, my gravitas has always made me seem much older than I really am. People are always pleasantly surprised that I am so much younger than they initially think. It's sorta a compliment or something.

Speaking of gravitas, I am just not ready to part with my annual birthday post here at CoG. Who does not enjoy weighing their life accomplishments against others at the same age?

At age 38, this is the year that I would publish The Native Tribes about the East Texas Missions if I were historian Herbert Bolton. It would be my last year teaching at the University of Texas.

If I were Gore Vidal at age 38, I would be busy writing my novel Julian. 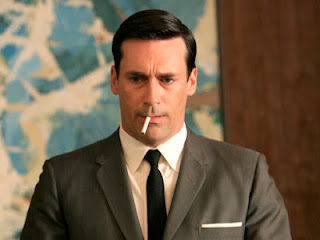 If I were Elizabeth Cady Staton I would be working with Susan B. Anthony at the shortlived Woman’s State Temperance Society. We would both decide our efforts were better spent working on suffrage.

If I were Cher at age 38, I would be filming Mask this year.

If I were Frederick Jackson Turner, I would have delivered my career-defining “The Significance of the Frontier in American History” essay six years ago. History grad students everywhere would come to curse my name. 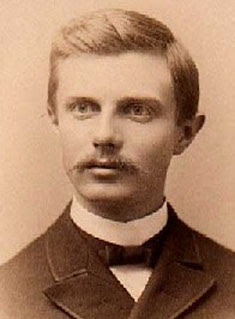 According to traditional sources, I would use an asp to kill myself this year if I were Cleopatra VII.

If I were Sam Steward, I would be working at World Book Encyclopedia after leaving Loyola University. I would also have my last drink this year. 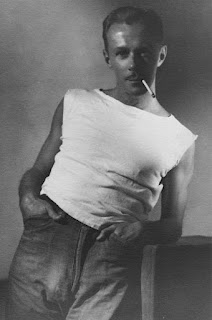 If I were Dolores Huerta, I would be seated on the platform while Robert Kennedy gave his last speech before being shot minutes later.

If I were Rudolph Valentino, I would be dead. It would have been seven years since I had sex with Sam Steward in my hotel room. 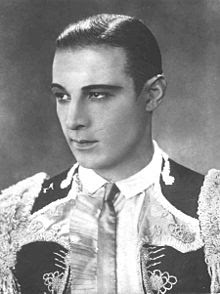 If I were James Baldwin, this is the year that I would publish the essay “Down at the Cross” in the New Yorker. It would have been six years since I wrote Giovanni’s Room.
If I were Jimmy Stewart, I would star in It’s a Wonderful Life this year, a heartwarming picture about an ungrateful town that drives a man to suicide on Christmas Eve.

If I were Lolita Lebrón, it would have been four years since I led an armed attack on the U.S. House of Representatives in the name of Puerto Rican independence. 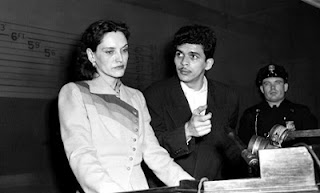 If I were 99 percent of the U.S. public, I would have no idea who Lolita Lebrón was.
If I were Frances Parkman, it would be another four years before I published The Pioneers of France in the New World.

If I were Rock Hudson, I would star in the forgettable A Gathering of Eagles this year. It would have been 17 years since I had sex with Sam Steward in a freight elevator at Marshall Field’s department store. 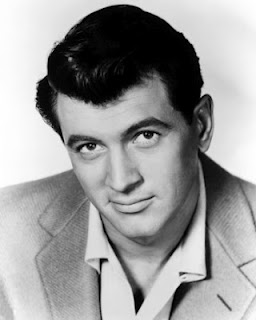 If I were Malcolm X, I would declare that John F. Kennedy’s assassination was the “chickens coming home to roost.”

If I were Pearl Bailey, I would release the album The Intoxicating Pearl Bailey this year.

If I were Tennessee Williams, I would have just started my affair with Frank Merlo. It would last 14 years and ultimately be the longest lasting romantic relationship of my life. 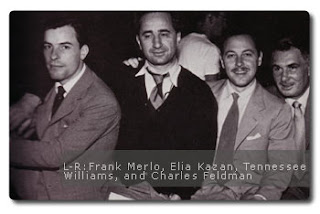 If I were Ann Bancroft, it would have been two years since (!) I played the role of Mrs. Robinson in The Graduate.

If I were Vivian Leigh, I would win my second Academy Award for Best Actress for portraying Blanche DuBois in A Streetcar Named Desire. My mental health would be mighty precarious.

If I were Danny Kaye, I would star in On the Riviera this year. My alleged affair with Laurence Olivier probably didn’t help Vivian Leigh’s mighty precarious mental health. If I were Abraham Lincoln, I would be serving in my only term in the U.S. House of Representatives. It would have been a decade since I started slaying vampires.

If I were William Shatner, this would be my last season on the t.v. show Star Trek.

If I were Oscar Wilde, I would be in the first year of my affair with Alfred “Bosie” Douglas. Things would not go well for me in that relationship...

If I were Alfred “Bosie” Douglas, it would be another 29 years before I had sex with Sam Steward.

If I were Lupe Vélez, I would be dead. 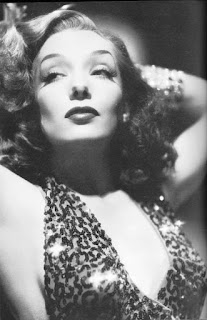 If I were Alexander Hamilton, I would resign my position as Secretary of the Treasury because of a scandal involving an extra-marital affair. The story would have been more interesting if it had been with Sam Steward.

If I were Gloria Steinem, this is the year that I would found Ms. magazine.

If I were either of my parents at age 38, I would have three children. The oldest would be eighteen and the youngest would be eleven.

If I were Mary Richards, I, and most of my friends, would have been fired from WJM last year.

If I were Mitt Romney, I would hopefully never be President of the United States.

If I were Jaqueline Kennedy, I would visit Cambodia as an official-unofficial ambassador for the United States at the age of 38. 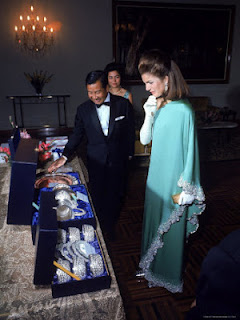 If I were Saint Anthony, I would be dead.

If I were Michele Obama, I would be fabulous.

If I were GayProf, I would have achieved tenure and promotion this year. My blog would have been updated so infrequently in the past year that two birthday posts would appear on the same page. I would never have had sex with Sam Steward.

If I were Jayne Mansfield, I would be dead.

If I were William Rufus King, I would be serving as a Senator from Alabama in Washington D.C. I would soon shack up with future President James Buchannan. Our relationship, among other things, would lead Andrew Jackson to give me the nicknames “Miss Nancy” and “Aunt Fancy.” I’m not sayin’, I’m just sayin’. 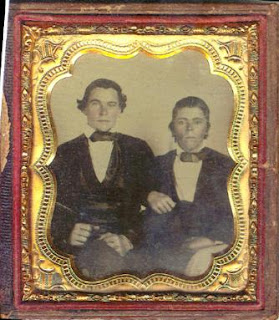 If I were Dolly Parton, this is the year I would star in the regrettable Rhinestone with Sylvester Stallone.

If I were teen heartthrob Corey Haimm, this is the year I would die.

If I were Che Guevara, this is the year that I would arrive in Bolivia in a doomed effort to foment revolution.

If I were Wonder Woman, I would age another 2,453 years before joining Patriarch’s world to fight crime. 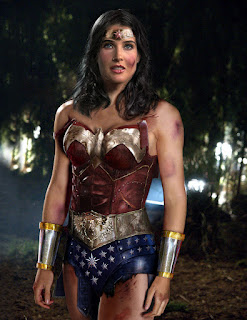 Are you Aunt Fancy or Miss Nancy? I can play either role.

One very small correction: It's FrancIs Parkman, not FrancEs Parkman. (Dudes spell it with an "i," chicks with an "e." Chicks with dicks? I suppose it's ladies' choice.)

Wow! Happy Birthday and Happy Tenure! This is a good year indeed!

And I have to say it: Jackie's aquamarine gown and long white gloves are fab!

Absolutely fabulous tradition. I always enjoy it. Happy birthday, and congrats on the tenure thing.

If you were me at 38, it would be a little over a year before you would get gay-married and several months before you started down the path of having smooshy-faced dogs. You would still never have had sex with Sam Steward.

Historiann: I think I am Aunt Fancy. There is something sweet about being a cranky ol' fictive kin.

I also prefer a gender-bending Parkman. If Mormons can posthumously convert folk, then I think I should be able to posthumously make them into drag queens.

Squadratomagico: Personally, I am thinking of wearing long white gloves wherever I go.

ROG: Tenure is a pretty good deal if you can get it.

Mel: At least one of my readers must have had sex with Sam Steward, right?

Clio: Many thanks! I hope your year has been a pleasant one!

Wow, tenure, that's nice. Happy belated if I didn't say so on FB.

Oh yay, you didn't die, you were just busy enduring the last steps of tenure-process torture....

Happy Birthday-Tenure! Glad to hear you are well.

It's a good thing Gay Prof's tenure and promotion committee didn't get a chance to find out that he thinks "If I were Alexander Hamilton, I would resign my position as Secretary of the Treasury because of a scandal involving an extra-marital affair." But then Gay Prof is not known as a student of the Early Republic, so perhaps the committee would have overlooked this'

Greg: I am well, overall.

Anon2: Heck, I am lucky I even know who Alexander Hamilton is! I never said I was actually good at this job.

I looked up Sam Steward because I'd never heard of him before. It appears he led an interesting life.

I'm sorry I missed your Hatch Day. I hope it was an awesome, yet suitably dignified occasion to suit your need for gravitas.

...and congratulations on getting tenure. An awesome achievement.