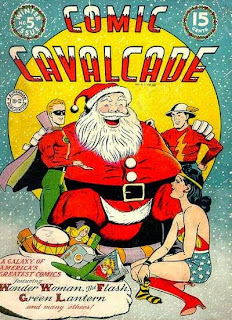 Holidays always seem like a period of extreme endurance to me. For weeks we struggle with crowds of shoppers, awkward conversations with distant relatives, and even more awkward conversations with close relatives. Everybody scrambles and agonizes over what gift to buy that special somebody in their lives. For me, I don’t need lots of things just to prove that people adore me. No, no. In the immortal words of Pearl Bailey, just give me a five-pound box of money. Cash, after all, is always the perfect size and always the perfect color.

Not everybody, I recognize, has my pragmatic sense of the world. Many of you want to send just the right message with a present this year. To help you all out, here is my [almost]annual gift guide. Allow me to decipher just what those hidden messages are behind the gifts we give.
****

WHAT THE GIVER MEANT: I clearly had not anticipated that you were going to cut your hair like a Coney Island chorus girl. Why, oh, why did I sell my grandfather's gold watch for these damn things?

WHAT THE RECEIVER THINKS: Hey, at least my hair will be long and luxurious again in a few months. Good luck growing a new gold watch.

THE GIFT: A 500-page summary outlining the CIA’s illegal and ineffective use of torture.

WHAT THE GIVER MEANT: Your Congress is hard at work and on top of things – thirteen years after they happen!

WHAT THE RECEIVER THINKS: If somebody actually ends up doing jailtime for this, it would be the best Christmas present ever! 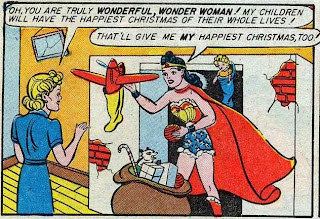 ***
THE GIFT: A commemorative statue of Batman’s 75th anniversary.

WHAT THE GIVER MEANT: You’re kinda a nerd.

WHAT THE RECEIVE THINKS: A statue of Batman -- the lesser Zorro. 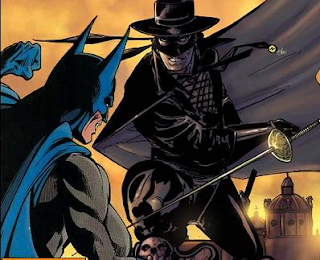 ***
THE GIFT: An announcement by Jeb Bush that he will be running for President of the United States.

WHAT THE GIVER MEANT:This nation has been foolish enough to let two other members of this mediocre family become president. Why not me?

WHAT THE RECEIVER THINKS: Isn't there a way to keep this family sequestered on an island somewhere?

*** THE GIFT: A poem about a visit from St. Nicholas

WHAT THE GIVER MEANT: Aren’t I clever?

WHAT THE RECEIVER THINKS: Other children get actual gifts from St. Nicholas. All I got was a cloying set of sloppy rhyming couplets. Worst. Christmas. Ever.

***
THE GIFT: Normalized relations with Cuba.

WHAT THE GIVER MEANT: This has been a complicated and difficult set of diplomatic negotiations that will have lasting impact on this hemisphere and beyond.

WHAT THE RECEIVER THINKS: Finally! I will be able to get a bottle of Havana Club rum without having to smuggle it across the U.S.-Mexican border. 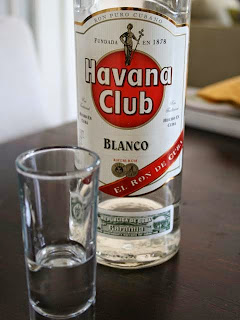 WHAT THE GIVER MEANT: You shall dine well tonight and be warm!

WHAT THE RECEIVER THINKS: Uh, that’s nice for tonight. What about the other 364 days when I live in grinding poverty? This neighborhood is a dump! We get landslides from the mountain; the forest fence needs repair; and I can't even remember the last time that Saint Agnes’ fountain actually had water in it! Your cruel tyranny has allowed the accumulation of wealth among the few.

WHAT THE GIVER MEANT: Your stemware situation is grievous.

WHAT THE RECEIVER THINKS: These are better than drinking out of a bottle in a paper bag I suppose.

***
THE GIFT: A collection of money to replace the missing deposit that your uncle was supposed to make for the savings and loan.

WHAT THE GIVER MEANT: We are a shockingly selfish set of humans making a token gesture. We will never really acknowledge our parasitic dependence on you or that our lives would have certainly turned to crime and/or alcoholism had you not been around.

WHAT THE RECEIVER THINKS: Great, I get to avoid jail time for a mistake that I did not actually make. Otherwise, my life remains focused on playing nursemaid to an entire community. God, I hate this town. 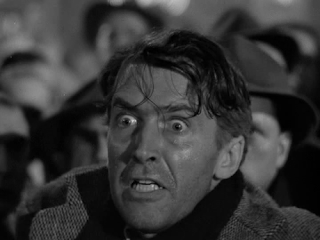 ***
THE GIFT: A diamond tennis bracelet.

WHAT THE GIVER MEANT: Television tells me to buy these.

WHAT THE RECEIVER THINKS: If I look closely, I can almost see the blood inside each one.

***
THE GIFT: A video of our employees making paper airplanes out of boarding passes.
WHAT THE GIVER MEANT: You all are sheep and won’t notice the cripplingly expensive airfares we charge despite the low prices of fuel.

WHAT THE RECEIVER THINKS: The holidays are that special time of year when I become nostalgic for the era when our nation actually enforced its anti-trust laws.

***
THE GIFT: A three-month gym membership.

WHAT THE GIVER MEANT: I plan to break up with you soon, but I want to make you feel as badly about yourself as possible beforehand.

WHAT THE RECEIVER THINKS: Gee, if ever I begin to doubt what a small person that you are, I can just think of this gift.

***
THE GIFT: A “shared services” center designed by an outside consulting firm for $11 million.

WHAT THE GIVER MEANT: Faculty who protest this should really just shut-up and teach.

WHAT THE RECEIVER THINKS: Apparently I work at a university that values its employees at the same depth as a Texas Wal-Mart.

***
THE GIFT: The opportunity to carry flesh, wine, and pine logs through the bitter cold so that I can look like a saint.

WHAT THE GIVER MEANT: Walk in my footsteps and you will find the winter’s rage freeze thy blood less coldly.

WHAT THE RECEIVER THINKS: You know what would freeze my blood less coldly? If you handed over your ermine cloak, you selfish bastard. 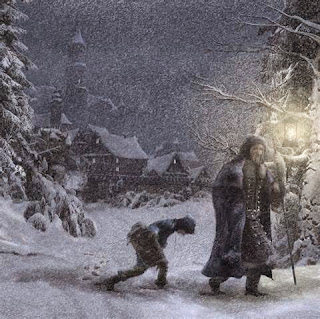 ***
THE GIFT: A blog post after months, or even years, of absence.

WHAT THE GIVER MEANT: I can still be funny, right?

WHAT THE RECEIVER THINKS: Oh, are you still alive?

***
THE GIFT: The complete DVD box set of WKRP in Cincinnati.


WHAT THE GIVER MEANT: Aren’t you nostalgic for the time when AM radio stations played rock’n’roll?

WHAT THE RECEIVER THINKS: What is a radio station?

***
THE GIFT: The opportunity to guide my sleigh through a blizzard.

WHAT THE GIVER MEANT: I used to think you were a cruel freak of nature. Now that you have some marginal use to me, I am more than glad to exploit your labor.

WHAT THE RECEIVER THINKS: After tonight, I am converting to Judaism and running away with Hermey, my gay lover. 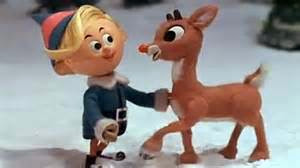 ***
THE GIFT: A Republican controlled Congress.

WHAT THE GIVER MEANT: I hate America.

WHAT THE RECEIVER THINKS: Looks like I picked the wrong holiday to quit drinking.

Well, on that final cheerful note, I will simply extend my best non-sectarian, non-denominational winter greetings to you all. Enjoy the gifts whatever their hidden meanings. 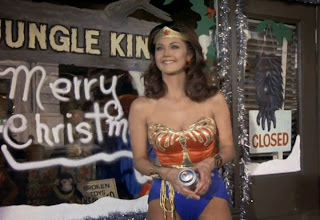 Email ThisBlogThis!Share to TwitterShare to FacebookShare to Pinterest
Labels: And the angel answered the holy thing which is begotten shall be called GayProf, gifts, Holidays, I'm not Sayin' - I'm Just Sayin', winter wonderland

HA-ha. You are alive and hilarious as always, GayProf.

This Christmas, I think I'm going to get some red knee-high boots, just because they're fabulous.

A Center of Gravitas post? This is the best Christmas ever! Thank you, Santa!

I received a bag of cheap crap to show my appreciation for my role in maintaining US hegemony in a war-torn Eastern land. I sat in my containerized housing unit alone and ate the sugary items, wishing for a more equitable economic system that would provide me with the opportunity not to be here.

Always must alert you to Wonder Woman trivia.

Not smart, pro.
What'll happen when you croak and
your indelible soul's gotta come out
and stand before Jesus who doesnt
say butt-boofing is acceptable on earth??

You think you're a PRO-fessor???
What about the Trinity??
Aint God Almighty a WiseAssProfessor??
Think. Know. Grow-up.
No, sir, this aint a put down.
Im just worried about your
indelible soul which is going
down to be destroyed by Satan
if you dont STOP boofing which I
know you do simply cuzz that's the
way gays have sex...
however, it aint the Way home.

Your choice, brudda.
Your demise.
God bless your indelible soul.

Not smart, pro.
What'll happen when you croak and
your indelible soul's gotta come out
and stand before Jesus who doesnt
say butt-boofing is acceptable on earth??

You think you're a PRO-fessor???
What about the Trinity??
Aint God Almighty a WiseAssProfessor??
Think. Know. Grow-up.
No, sir, this aint a put down.
Im just worried about your
indelible soul which is going
down to be destroyed by Satan
if you dont STOP boofing which I
know you do simply cuzz that's the
way gays have sex...
however, it aint the Way home.

Your choice, brudda.
Your demise.
God bless your indelible soul.

Nice post.Keep sharing. Thanks for sharing.

Your blog is filled with unique good articles! I was impressed how well you express your thoughts.

"The Masters Real Estate" is official sales partner of Lahore Smart City and 1st Smart City which is Capital Smart City . We are one of the most enticing options on the planet of real estate. Our prestigious forum provides the potential solution of all your ambiguities regarding the purchasing of shops, lands, and houses.

We have engaged our teams in various cities of Pakistan as well as the online world to make our services accessible. The provision of reasonable price real estate properties by our company is attracting the residents and the foreigners. We have intended to provide luxurious construction projects and houses at affordable prices to our nation. One more socity launch soon which is Faisalabad Smart City .