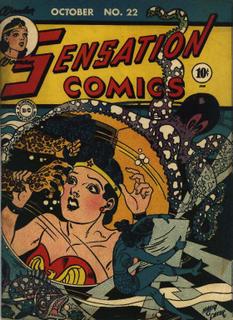 Despite my heartache, I know that the rest of the world is continuing with its business -- bastards. Given my self-obsession over the past few days, I hadn’t been thinking too much about the impending vote on Texas’ constitution. For those who don’t know, the governor proposed an amendment to the state constitution that would outlaw gay marriage. My first-ever blog entry even mentioned this. True, the state legislature has already passed hateful laws like this. But why miss an opportunity to harass gay folk? If people don’t vote “no” on proposition two, the state constitution will have an explicit measure designed to deny folk of their rights.

Last night I was cycling through a period of numbness over my personal woes when the phone rang. Rather than a well-wisher or a concerned family member, this caller identified himself as an automated political message. His text went something like this:

Hello – I am Reverend Hick McHick and I am calling to tell you to vote no on proposition two. I fully support this measure’s intention. Gay people threaten traditional marriage and the safety of our families. The constitutional amendment, though, puts at risk straight people! It has sloppy wording and it is not explicit enough about naming gay people. Real families might suffer. Remember, vote no.

What the fuck? If this is a message from the right, who is doing their market research? I couldn’t be on more gay, pro-choice, anti-hate mailing lists if I tried.

Because the message suggests to vote no on the amendment, however, I fear that this is something actually coming from the left. It has the end-result (voting “no”) we want, but it goes about it in a hateful means. To convince people to vote no, they side-step the impact on gay people, and try to frame it as something that threatens the most important people in our society: happy, married, straight folk. If this does come from the left, have they simply decided that people can’t be convinced that gay people deserve basic human rights?

It reminds me of the local battle for the U.S. House of Representatives during the 2004 election. Our district fell under DeLay’s master gerrymandering re-districting plan (may he rot in prison). In this instance, the Republicans attempted to use our area, which is profoundly right-wing, to unseat a Democratic Representative. The election became ugly. The Republican, a wicked woman named Arlene Wohglemuth, appeared slightly to the right of Benito Mussolini. She plastered our area with television, radio, and printed ads that talked about her burning hatred of all things queer.

The Democrat’s response to Arlene's campaign of hate? He began running ads with ministers who testified that he, also, despised gay people. Just like Arlene, the Democrat promised he would never vote for anything that protected gay people.

I understand political expediency, but do they have to sacrifice us? How badly has the left deteriorated if they don’t even take basic principal stands on human rights anymore? If our only goal is to win elections, even if it means tossing out equal levels of hate, are we actually accomplishing anything?
Posted by GayProf at 11:02 AM

Interesting ethical question. To my thinking, no matter what the rationale, if it keeps homophobic laws off the books, then the ends justify the means. We can sort it all out later.

But that may be irresponsible of me.

I saw a mention of the problems with the amendment over at queerday. Seems that it accidentaly makes all marriges illegal, so it is possible that the message really was from a right wing source. Not that it makes hearing such out n out hatred any better.

Uh, that last anonymous message was from me, nico.

It is true that the wording of the amendment is sloppy. In particular, common-law straight marriages seem the most vulnerable. So, you are right Nico, it could have been from a right-oriented group. I really am not sure.

Still, two things make me suspicious that it is from the left. First, even with the technical flaws, few right-wing groups have voiced their opposition. Second, I attended a community meeting organized by a left-group to combat the amendment. While they did not slam gays, the political advisor suggested that the only way to defeat the amendment was to point out its potential consequences for straight people. He argued that talking about the consequences for gay people would only hurt our chances of defeating the amendment. So, the call could have been following the logical route of his advice. . .

I'm one very queer puppy, but I don't think that's what you meant.

That's terrible! Automated messages advising you how to vote on legislative propositions? And from church figures? Aaagh. Makes my blood boil in ways I never it could.