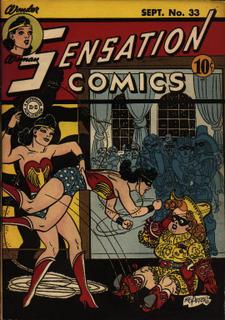 One of the most important things any queer person can do is be out to as many people as possible. Visibility is our most basic and best defense.

In thinking about outness, however, there are some folk who I wish were not associated with my sexuality. These people may or may not always claim a queer identity, but I really prefer they distance themselves from us.

Right now it is cool to claim to be gay. Some of these people probably just gave into peer pressure and claimed a sexuality that wasn’t their own. Others have not made any public declarations of their sexuality, but I am sure that they are not queer. After all, how could I share a sexual identity with any of these fools?

I know some will call for an “inclusive” vision of queerness. “The world is a little flower,” they will start, “Filled with all sorts of people. We need to accept them as our brothers and sisters.” Spare me the sentimentality. These folk are evil and I want nothing to do with them. They only make us look bad. Here is a list of people who I wish would renounce their claims to queerness. 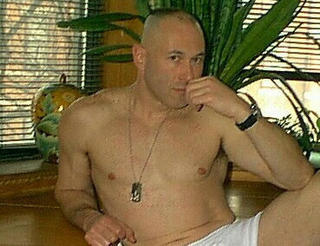 Gannon’s real name appears to be James Dale Guckret (I would have changed my name too). He first gained national attention when questions emerged about his journalistic qualifications as a regular attendee of Bush press conferences. People probably wouldn’t have noticed if he hadn’t been such a suck-up to the Bush administration. Thinking about how much all of the current media drools over Bush, just imagine how much of a sycophant he had to be to draw this attention.

Gannon slept at the White House numerous times while Bush has been resident in chief, seemingly a conflict of interest for a “journalist.” As an added bonus for the media, Gannon had links to a gay escort service. It is always fun for the media to play upon homophobia in a sensational case like Gannon’s. Since the small media storm, Gannon has claimed a bisexual identity and gone to work for the Washington Blade.

Okay, Gannon, I know you seem to be making some money at playing bisexual. Reportedly, you even had the nerve to charge $1200 for your escorting services. Who in the world paid this for your sorry ass?

Let’s be honest, you are just too sleazy to be part of our queer family. While others are protesting for peace, you demand more war. Somehow you have links to the Valerie Plame case. There are also hints that you are one of Bushie’s many paid pundits.

Most importantly, I am annoyed that you are trying to look like Mr. Clean. As a domestic cleaning god, Mr. Clean is a real queer hero, unlike you. Get your own identity. 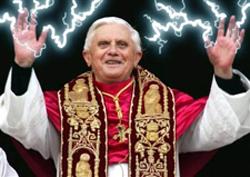 Surprisingly, few people have questioned Benedict XVI’s sexuality despite his love of dresses and big hats. Let’s keep it that way.

Early in his life, Benedict XVI decided that he had a mission to bring suffering and pain to this planet. As a young boy, he joined the Hitler Youth, shooting down Allied Aircraft for the Axis. Don’t tell me, either, about how he “had no choice” and that “everyone was forced to join Hitler’s cause.” I will have none of that.

Benedict XVI claims to be God’s representative on earth. We are not talking about someone who now makes a living as a shopkeeper. It is simply not possible that a divine representative would ever have been Hitler Youth. What choice did he have? Oh, gee, if only there was some historical Christian model who sacrificed his life to prevent the suffering of others that Benedict could have emulated.

In more recent times, Benedict XVI harassed and persecuted Liberation Theologians in Latin American. He suddenly changed hundreds of years of church doctrine and demonstrated immeasurable misogyny by claiming that a)gender differences continue in heaven and b) those differences imply the superiority of men. When he isn’t turning Anakin Skywalker to the darkside, he is conducting a witch hunt against gay priests. Most recently, he has threatened to refuse the sacrament to gay-friendly politicans.

So, Benedict XVI, stay away from us queer folk. Please don’t give any deathbed confessions of queer urges. I am more than happy to have you in the “hetero” column, you evil monster. 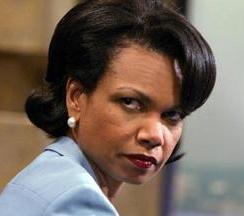 I had to revise this list to add Rice. Blogs are aflutter about Fox News trying to set Rice up with pianist Lauren Green (click here for an example). People are noting that Rice has not had a serious hetero relationship since the 1980s.

Really, though, we need to stop. I don’t want Rice on the queer team. She betrayed the nation time and time again. Let’s not forget that Rice had been one of the greatest boosters for the invasion of Iraq, even writing an editorial for The New York Times. She was the first National Security Advisor to ever campaign during a presidential election. I guess she rejected her predecessors’ bizarre notions that such campaigning risked diplomacy and one’s credibility on the world stage.

Condi -- Can I call you Condi? Condi, you just aren’t that nice. While people in New Orleans suffered and starved, you went to a Broadway show. Folks in you own home-state needed your help, but you had shoes to buy. Plus, you seem to be stealing Lucy vanPelt’s hairstyle (Readers, you be the judge. Compare the image above with Lucy). For the sake of all queer people, Condi, please don’t declare yourself one of us. 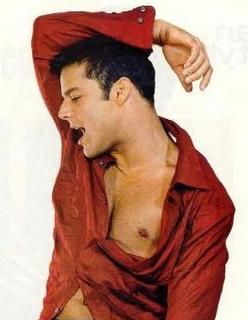 At the zenith of his popularity, Ricky Martin had a moment to assert his queer sexuality. He would have helped all queer folk, especially Latino queer folk (who we almost never see in the mainstream gay press). He rejected that opportunity, though.

Martin’s bubble-gum tunes drove me nuts in the nineties. Sometimes he seemed cute, but he is no Anderson Cooper. Now that he is on the path to being a sad trivia question, I am not inclined to claim him as queer. Plus, the whole “Menudo” thing never sat right with me in the first place.

Ricky you should have been a force for good. Instead, you wanted to live “la vida loca.” Well, by all means, do so. Please, though, don’t draw any more gay men into your nasty web of lies. 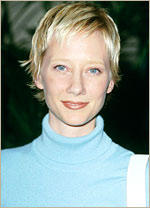 Anne Heche delivered a blow to queer folk when she left Ellen and married some guy. Heche is a bit too unstable for me to want her in the queer camp.

Let the straight-folk have Heche. Ellen, it seems, had been her first and only same-sex relationship. DeGeneres also upgraded with her new romantic partner, Portia de Rossi.

Heche is not evil per se, unlike Benedict XVI. Still, which would you rather have? Would you prefer to have lesbian Heche talking to aliens and marrying men? Or, straight Heche who happened to be sexually experimental and looking for a career boost? Put the crazies with the straight folk is my policy.

Don’t get me wrong, Anne, I appreciate you slamming your mother’s insane “ex-gay” babbling. You also gave us a few good years of public, nonthreatening lesbian coupledom. It is cool with me, though, if you never return to queer land. Just keep taking your meds, sweety. 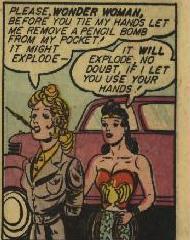 Baroness Paula von Gunther has been one of Wonder Woman’s archenemies since 1942. At different times, Baroness von Gunther kidnaped Wonder Woman, threatened to kill a small child, stole Wonder Woman’s bracelets, and tied her up with the golden lasso. Actually, one of the baroness’ favorite past times seems to involve tying-up Wonder Woman.

Many hint that Baroness von Gunther likes girls. Though she often uses her sexuality to trick men, they argue, she has two women “slaves” in her secret lair to help her dress.

I reject, though, that Baroness von Gunther is really a lesbian. She is just part of a right-wing, Nazi-inspired conspiracy to give lesbians a bad reputation. It would not surprise me if the Bush White House brings Paula out of retirement in their quest to thwart gay marriage.

Paula, no matter how many times you visit Reform Island, you still return to “man’s world” as an evil force. Let’s face it, if you really were a lesbian, nothing would keep you away from Diana’s Amazon sisters.

Moreover, I don’t like that you stole FDR’s cigarette holder. That was his signature look, you unoriginal slag.
Posted by GayProf at 10:33 AM

Thanks, Tony! It took forever for someone to comment. My entry felt unloved.

Oh, thank you so much for the Condaleeza/Lucy connection. Hilarious! (I can't decide who is more evil.)

And do you ever post on comic boards? It'd be great to see you over at DC's Wondy message boards.

what's wrong with Heche being bisexual, or someone like Ricky Martin not using sexual orientation labels?

I agree with Anonymous. Mr. Martin owes you nothing. I thought you were smarter than that, GP. AnonymousII.