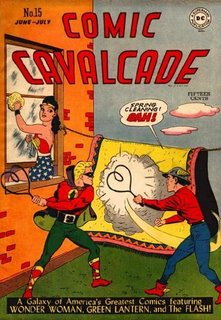 Thanks to all of you who phoned or e-mailed a welcome to the Greater Boston Area! Not much new, however, for me to really report at the moment.

Unpacking and cleaning consumed most of the past few days. I also did “real work.” In the academic world, you see, spending the week lifting and hauling heavy boxes apparently falls under the category of “imaginary” work. Only real work, i.e. research, puts reduced-fat yogurt on my table (If I had my table back together -- Which I don't).

Going through all of these boxes made me conclude again that I brought too much crap. I don’t really own much, but what I do own takes up too much space for my studio apartment. Did I really expect that this would be the year when I re-read the Iliad or Dante's Inferno?

Why, moreover, did I bring so much kitchen stuff that I will not use? With the number of champagne glasses that got crated along, I could host a small Catholic wedding; a moderately sized Protestant wedding, or a giant Mormon wedding. On my budget, though, champagne will not likely figure into my diet at all.

All more proof that I might have an odd psychological tick where I buy kitchenware when I feel glum. It might also be a learned behavior passed on from my mother. Though odd, it’s not that interesting. Eh – Moving on...

Speaking of my budget, I heard from my Texas realtor today that she has essentially given up trying to sell the house that I own(ed) with liar ex (who told many lies). She passed the house onto a new realtor to list it. That did not make me happy.

Great Hera! The way that house hangs around my neck even the Ancient Mariner feels sorry for me (but I smell better than him). I have said it before, and I will say it again: Buying that house with liar ex (who told many lies)? Worst. Idea. Ever. 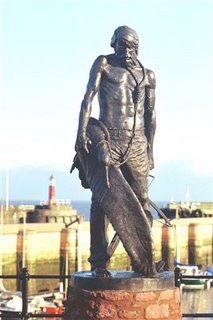 Well, now that I think about it, spending eight years married to liar ex (who told many lies) holds the top spot for worst decision in my entire life. Let me reconsider. Buying the house? Penultimate. Worst. Idea Ever.

Eh – Live and learn, I suppose. Hear that, Cosmos? I am learning. So – you know, we can move onto some new, happy lessons.

Aside from my personal annoyances, I also see a major rip appeared in global security. No, I am not referring to the death of Mike Douglas. Instead, my eyes turned to the plot to destroy airplanes midair.

As many have already noted, this might mean the end to carry-on baggage. I have mixed feelings about this. On one hand, I enjoyed the convenience of my rollerbag (specifically designed to fit in the overhead bin). On the other hand, I did not enjoy watching my fellow passengers regress into little beastly things as they fought over precious bin space to fit their steamer trunks. Nor did I like seeing the flight attendants being forced to argue with folk about why they could not hold that three-foot chandelier in their lap for the trip (Yes, I really saw this once).

So, I can live with minimal carry-on baggage (none at all, even books, is just silly). After all, we all adjusted to taking our shoes off. Okay, that is a lie. I have not adjusted to taking my shoes off and don't feel more safe knowing we boarded barefoot.

None of this strikes me as really solving the actual problem. If an individual desires to do harm to U.S. and their allies’ airlines, they will succeed. Dumping out tons of suntan lotion and perfume might look good for the six o’clock news, but it does not address the root issues of why so much animosity exists towards this nation. Until the U.S. (and its allies) come to terms with our historic and modern imperialism, we will always be at risk.

Well, on that cheery note, I hope you all are having a good weekend. I am looking forward to potentially meeting Jason over at PIHP for drinks.

Next week, I take up the challenge of trying to figure out the gym situation. I can only milk the move as justification for not doing anything at all for a couple of weeks.
Posted by GayProf at 9:22 PM

Nice to see you settling in. When do you have to start doing real work? I've got two weeks left.

How about that weather today? It won't be like that in Texas for another 4 months!

When we moved into the small condo, we had to purge a lot of stuff. It was hard, but I almost feel better. I have a similar problem with buying random kitchen wares (or DVDs) when I'm down. Good to know I'm not alone on that one!

Oh Gayprof, even when you're whining you're hilarious! Maybe even especially then.

(And about the house... isn't Texas supposed to be one of those booming, sun-belt areas I hear so much about but can only dream of in my depressed, midwestern environs? Have you considered/are you renting it out until you sell it?)

You're absolutely right about how if someone wants to blow up a plane, they will find a way.

Personally, I think the terrorists aren't trying to blow anything up at all. They're just trying to make us all hate flying so we never go over to their countries. I think they're onto something.

Well you seem down - and with all that heavy lifting - doesn't that make you buff and toned, and thus the new Boston Hottie (just trying to look on the positive).

As for airlines - heathrow cancelled 1/3 of thier flights yesterday as the airport and British airways played the "blame game" - an interesting BBC article talked about the devestation this has had on the music community as insurance companies won't cover throwing a 18th century cello into a hold while the temp goes down to 30 below freezing a couple times in a few hours (seems that is BAD for fragile instruments). So now entire symphonies are stranded.

i'm glad to hear that you're settling in. sell the stuff you don't want or need. what's the point of dragging around? when bran and i had a yard sale, we sold many of the wedding gifts we got because virtually none if it had seen the light of day since they'd been boxed in 1989. i didn't miss it at all.

as to the gym, perhaps the school has something you can avail yourself of. you'll be faculty, that means that privileges in the athletic facilities should be open to you for reduced rate, or possibly free. i know that's the way it works here.

This cannot be a weird coincidence...you're arrival and this picture on the website for P-town's carnival. Get thee to Provincetown!!! It's beckoning you personally!

Glad to hear that you are feeling more settled. And if you've already had the worst things happen in your life (let's hope) then things are bound to be better, no?

I've thrown out almost everything except the Iliad and my Ancient Greek-English dictionary, the Middle Liddell, which I'm sure will prove my theory of the universe which, to repeat this mantra of the last ten years, "I'm sure I'll complete just any day now...if I could just get a few minutes tomorrow between the dishes and the laundry."

About the imperialism, yes, we need a diplomatic foreign policy, not a rosy-guilded cover for global resource wars. But even if we could do that, we'll still have to deal with militant fundamentalisms here and abroad which already have a program for Mutually Assured Destruction that they seem to think is theirs for the making, but which happily rely on a Deus Ex Machina, and for which complaints against US imperialism are just a rosy-guilded cover for global apocalyse. The media is too stupid to expose either strand of deception incredulously, as if resource wars and apocalyptic thinking weren't a fixture of of the primate mind since God made 2001: A Space Odyssey.

Welcome to Boston.
Once you get settled I'd be happy to give you a tour of MIT and Harvard.
Cheers to surviving a arduous journey!

I hesitate to label anything the worst decision I ever made. It's impossible to know what might have popped up if you hadn't made that decision, where your life would have taken you from that moment, that potential turning point, that (dead or alive or both or neither) cat in the box.

Names: Thanks! That sounds great.

Earl: Yeah, I feel what you are putting down. Still, I knew at the time that I betrayed myself. That can never be a good choice.