Give Praise and Thanks 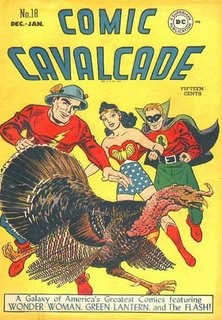 I could continue this blog focusing on Texas’s problems indefinitely. November 22, for instance, marks the 43 anniversary of John F. Kennedy’s bloody death in Dallas, Texas. Now I am not saying that was the entire state of Texas’s fault. I just point out that New Mexico never had a president blown away on our grounds. Maybe a few governors here and there had to go, but never did New Mexico take out a commander in chief. I am just sayin'.

Still, I know even something that feels so right, like bashing Texas, can get old. Instead, I want to show my shared spirit with my fellow country men and women this week. No, I am not talking about participating in Friday’s skull-crushing violence to get one of those creepy animatronic Elmos. No, no. I am thinking about U.S. Thanksgiving on Thursday.

Even though I smugly like to think of me as being a bit different, there’s no escaping that I am a total American. Sometimes that makes me feel dirty and want to spend hours in the shower trying to wash the stink of imperialism off of my body. This week, though, it makes me want to pause and give thanks for the things that I appreciate in my life. Of course, being an American, I also know that no matter how good something is, I can always complain about it not being as good as possible. To really be an American, I would probably figure out a way to sue somebody as well.

Here are the things that make me thankful and my ideas about how each could be even better:

What Makes Me Thankful: Nancy Pelosi, a Democrat, will soon be the first woman Speaker of House.
What Could Make Me More Thankful: Bush and Cheney suddenly resigning and disappearing from the public eye forever, thus making Pelosi the first woman U.S. President.

What Makes Me Thankful: Living in the Greater Boston Area this year.
What Could Make Me More Thankful: Not Returning to Texas in the Fall.

What Makes Me Thankful: Vodka
What Could Make Me More Thankful: More Vodka

What Makes Me Thankful: Xanax
What Could Make Me More Thankful: If Xanax came packaged with a vodka mini. 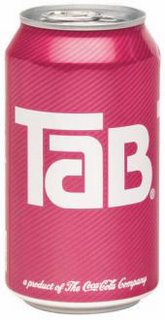 What Makes Me Thankful: TaB
What Could Make Me More Thankful: If TaB didn’t cause cancer – or hurt my kidneys when I drank it.

What Makes Me Thankful: New Mexico, the Land of Enchantment, don’t you know?
What Could Make Me More Thankful: If New Mexico opened its borders to unlimited migration from Mexico, but sealed itself from any additional incursions from Texas – Or Oklahoma – Or Colorado – Or Utah – Or Northern Arizona.

What Makes Me Thankful: Meeting all sorts of great people through my little bloggy.
What Could Make Me More Thankful: If all those great people would consistently refer to me as “The Most Desirable Man on the Blogosphere.” Or, in lieu of that, they could just send vodka.

What Makes Me Thankful: Cat, my feline companion.
What Could Make Me More Thankful: If Cat learned how to operate the vacuum or scrub the bathtub. He could really contribute more to the apartment’s daily operation.

What Makes Me Thankful: A giant turkey dinner at the end of November.
What Could Make Me More Thankful: Serving that dinner with a side of vodka.

What Makes Me Thankful: Dishwasher technology.
What Could Make Me More Thankful: If, while scrubbing my plates, my dishwasher also distilled vodka.

What Makes Me Thankful: Being free of Liar Ex (Who Told Many Lies) in my day-to-day life. I wouldn’t have predicted it a year ago when he cowardly and thoughtlessly tore my heart out, but my life has vastly improved without him around – Seriously. Who knew?
What Could Make Me More Thankful: Finally getting rid of that God-forsaken Texas house that we still own jointly. Yes, God actually forsook it. 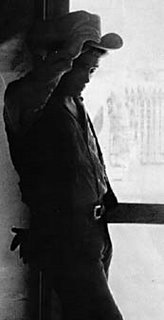 What Makes Me Thankful: James Dean’s iconic status.
What Could Make Me More Thankful: If Giant wasn’t so god-damn long.

What Makes Me Thankful: Three years of Lynda Carter as Wonder Woman.
What Could Make Me More Thankful: If the new Wonder Woman comic would finally dump the disastrous and horrific idea of making Donna Troy Wonder Woman. Yuck! Nobody likes Donna Troy. We only care about Diana, DC. Shouldn’t Donna be watching an orb of power or something on a remote planet where nobody ever goes?

What Makes Me Thankful: Access to Harvard’s astounding Library
What Could Make Me More Thankful: The absence of Harvard’s entitled students.

What Makes Me Thankful: Lube
What Could Make Me More Thankful: If mainstream television ads for lube stopped pretending that heteros are lube’s biggest consumers.

Speaking as a lifelong member of southern Arizona I'm a little honored.

But still you should close us off to. The damn northies are sneaky.

Oh, Most Desirable Man on the Blogosphere, your collector themed Thanksgiving bottle of vodka with festive engraved pilgrim, and complimentary six-pack of lube is in the mail!

There are ads for lube on mainstream television? Not that I'm objecting, mind, just startled. I don't watch much TV. Great list. I like how (mostly) positive it is. It would be interesting if the U.S. suddenly opened its borders to Mexican immigration. Living in Beijing makes me realize how amazingly uncrowded the U.S. is. Really sort of empty, even NYC. But (and I have about the same feeling about signs of my all-Americanness as you do) I also miss the space!

What Makes Me Thankful: the e-presence of GayProf, the Most Desirable Man in the Blogosphere.

What Could Make Me More Thankful: clinking tumblers full of cranberry + vodka with GP in RL. :)

I have to agree with your Harvard library kudo. It is truly a great experience with two exceptions: Harvard students (which is why summer access is key) and the way that the books I need are invariably in Pusey and I am sitting in the reading room in Widener. This is Harvard why should I have to walk 20 minutes to dig for a book that might have something I need? Can't they have people for that?

For some reason, whenever I watch '3 lbs' I keep thinking the character Tom Flores looks like you. O_o Maybe I should stay away from the TAB.

No way. The extreme north of Arizona is something the rest of us refuse to claim, and most of the rest of Northern Arizona is beautiful territory and reasonably nice people. Warren Jeffs and his ilk can bite me, but don't write off the rest of the area.
Happy Thanksgiving, Most Desirable Man in the Blogosphere, I hope someone bastes your turkey with vodka. And come to think of it, you could probably drop the cranberry sauce altogether and replace it with cranberry/vodka jello shots...

You have not noticed the lube commercials because they are cleverly disguised as some kind of mystery "spray" that hetero couples mist onto their wrists or use for massage or something. I don't believe that. In fact--what do heteros use lube for? I haven't a clue.

Watch for them--they are disturbing and entertaining ads.

Anthony, are you bringing the cranberry sauce too? Just confirming.

Look. Just because we had a few rotten apples in the bunch does not make our nation something to be ashamed of.

If we are so enamored of the things that seem good in foreign countries, it is one thing to want and try to bring them here (it is effectively what makes America great)

But to shamelessly grovel at the feet of some main-stream media's conception of "world opinion"... this cannot be something that will end well.

--Back to the Future

Um, you're thankful you're gay just because you can date men? What about having sex with them? ;) ;)

May your wish to be rid of your Texas house be fulfilled as soon as possible.

Oh, Most Desirable Man on the Blogosphere, would you like another M&M?

I think I have seen lube spots on TV... cleverly disguised as 'personal lubricant.' Personal, indeed. Hope you have a great Thanksgiving, GayProf.

Hey! Czech this out!
So I was on Overstock.com and there were 600 thread-count white Egyptian cotton sheets for $19.99 (Fitted, Flat, 2 cases). I thought Hellz yeah! and ordered them. The next day I got an email that said, "We don't know how you were able to order those sheets. We don't have them. We're flogging our web master right now. In lieu of those sheets we will send you 1000 thread-count gold (color, not like spun-gold or anything) Egyptian cotton for the same price."
So I have fancy sheets! And I feel fancy in them. Oh, and you're welcome to come test them out whenevs.
Happy Turkey Mr. Sexiest Blogger in the World!

Centre of Gravitas, my ass.

Your last comment re: Lube made me laugh out loud.

You are slipping GayProf. Could Boston be turning this blog into the Centre of Witty Bon Mots?

I am posting without having read the entry, but will read the entry very soon. Just wanting to wish a happy holiday to my blogpals.

I'm thankful that I get to read the wonderful rantings of GayProf.

I'd be more thankful if he would e-mail me with his address so I could send him some oatmeal raisin cookies I owe him.

O Most Desirable Man of the Blogosphere, I totally don't agree with not wanting to see half-naked pockfaced guys. I have a MAJOR fetish for facial scars, and yes, acne scars absolutely count. HAWT.

Oh, and I'm Polish. Which means vodka. Come on over and I'll buy you a few bottles. :P

"We just dress better than everybody else."

Speak for yourself, Most Desirable Man on the Blogosphere. I have a wardrobe that would put many a straight man to shame. (I'm not PROUD of it, but it is what it is, and among the many, many reasons I ain't ever gonna get laid.)

Happy Thanksgiving, GayProf! I hope you had lots of vodka, cranberries, and are now "sleeping" on high-thread count sheets.

Noticed Dame Shirley Bassey is in your sidebar--have you seen the new Marks & Spencer commercial featuring her covering a Pink song?
No?
Well, here's the link.
Happy Thanksgiving and be greatful you're not trapped in a vault underground for the holiday. (Sometimes my life sucks.)

Google Most Desirable Man in the Blogosphere, and guess who you get?

That's right. So it must be true!