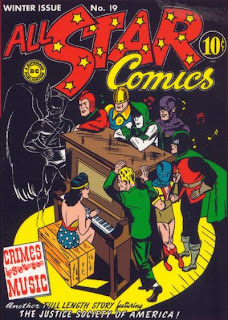 Lots of good things have been going on lately. This, though, results is a lack of ideas for my little bloggy. We all know that my secret powers comes from my gravitas. Without that, I am nothing. Well, actually, I am still the most desirable man on the blogosphere – but I am just the most desirable man who has not much to say.

While we wait on that gravitas to return, take a look at some old music videos from the eighties. You know, sometimes I get to thinking about those old videos, and I miss them. Yeah, it’s not particularly original to bemoan the days when MTV actually played videos. When I was a young lad, however, my sisters and I spent hours glued to MTV. We memorized every detail of the original VJ's and created elaborate back-stories for them. We were pretty sure that Martha Quinn was sleeping with everybody. Who knew that she would later marry (in the t.v. world) on the Brady kids? Then MTV had this other woman we always referred to as "Tweety-Bird" because of her blond spiky hair -- Anybody remember her name? Eh

Still, that early eighties witnessed the creation of a stylistic art for music videos. It was not enough to simply get air-time, artists had to create visual entertainment to accompany their song. Many succeeded at this venture, but The Eurythmics and Queen became masters. Each of their videos had a particular tone. Those videos, in turn, became self-referential and mutally reenforcing. One needed to know all (or at least some) of the previous videos for the newer ones to make sense. Annie Lennox created alternate personalities and characters that almost had lives of their own. Freddie Mercury brought every gay iconic image to the small screen: Leather guy, eighties clone, weird-mechanic person. He had them all in his videos.

Some artists still put the same effort in videos (That cute lesbian Eminem comes to mind. She is a lesbian, right?). Where do those videos even get a venue?

Of course, as much as MTV always liked to claim it was avant-garde, it often balked at things that seemed too confrontational. We all remember the Cher-in-a-leather-band-aide verses Madonna-chained-to-the-bed controversy. Many people forget that long before that MTV-created cat-fight, the network policed gender roles with vigor. Two videos, in particular, made the MTV executives very nervous in the eighties: Queen's "I Want to Break Free" and The Eurythmics "Love is a Stranger."

Looking at both again, we can see why they made the suits so squirmy. Both are devoted to drag performances of different types. Yet, they are such absurd and cartoonish takes on gender, they suggest that all gender roles are just learned social performances (Judith Butler must have been a huge MTV fan) with no real root in biology.


Queen recreating the women characters of a popular British soap made the video a big no-no. Well, at least it made it a no-no until 10:00pm. After all, MTV still wanted to make a buck off the video if it could.

Mercury (without shaving his mustache) and the other members of Queen made exaggerated gestures to their female personas. They wore giant wigs, heavy makeup, and skimpy-minis. They all went about their business trapped within the urban domestic space. Mercury did the drudgery of housework while singing about wanting to break free. It's small wonder that Mercury opens a closet door in the middle of the video as the proposed escape from domestic hell. Opening doors, closet doors in particular, figured heavily in Queen's videos... I am just sayin'.

Beyond the closet door, we see all sorts of scenes of sexual freedom. Mercury romps around shirtless. He then rolls across virtually naked bodies of all genders. For Queen, breaking free was about tossing aside the crushing gender expectations of the household and escaping from the closet. Queen dissmised the unwavering conformity of the Reagan-Thatcher era. They suggested that young queers (or queens, if you will) could find happiness and contentment outside of the confinement of the traditional home.

Annie Lennox didn't get any warmer reception from MTV. An oft-repeated story is that Lennox had to provide confirmation that she was biologically female before MTV would accept the "Love is a Stranger" video. She so easily transgressed gender costumes, MTV allegedly became confused about her "actual" gender.

Lennox starts out the video in one of her eighties-personas: the blond bimbo. She gets into the car, mentioned in the song's lyrics, and vamps it up for the camera. As the video moves along, though, she rips off the wig to reveal the artifice of her gender performance. In that one step she moved from hyper-feminine to androgynous (or even masculine).

The rest of the video she tries on all sorts of different gender identities. Each becomes a play-thing and a mask, none any more real than the next. In case we missed the point, the video concludes with Lennox doing the robot dance -- Suggesting that all the previous gender performances had been as mechanical and artificial as any automaton.

None of the videos on MTV made a direct plea for sexual freedom. Yet, some still acknowledged that many people wanted more out of life than the rigid sexual conformity offered by the eighties. They provided a visual representation of things that many of us wanted to do if we had a little more freedom: Rip off the wigs and bust open the closet doors, all to a catchy tune.

Video, someone still loves you.
Posted by GayProf at 6:41 PM

The blond, spiky hair VJ chick you speak of was Nina Blackwood. And, wasn't Alan Hunter just dreamy? GOD, I loved MTV. Thanks for a great trip down memory lane.

Gee, for having nothing to say, you seem to have said a lot. Just sayin'. I had no idea the MTV execs were squirmy. I thought MTV's whole raison d'être was to push boundaries. I wasn't allowed to watch TV until I moved out so I never caught the MTV bug.

I too, sometimes escape the drudgery of housework while singing about wanting to break free ... I also dance.

Yes, you are still the most desirable man on the blogosphere ... with or without gravitas.

Steve: Ooooh -- Alan Hunter -- I forgot my young queer-lad crush on him.

Torn: Yeah, I did end up with more to say than expected. The gravitas will always triumph in the end.

Cooper: Well, I hope that you are doing the drudgery of housework wearing a leather mini-skirt and fish-net stockings.

I always found it ironic that some of the music from Queen became sports/arena rock songs. We are the Champions and Another one Bites the Dust are still in heavy rotation in the NFL and NBA. Don't those testosterone overloaded sports fans remember how queer that band really was?

Final comment. I think Freddie Mercury had an armpit fetish.

Thank you, thank you, THANK YOU for posting the video of "Beethoven (I love to listen to)". It is one of my favorite Eurythmics' songs, ever since I saw the premiere of the video on MTV. Which should've been my first clue RE: my sexuality. I love all three videos in their triptych from the Savage album (the other one being "I need a man", which I always loved, too -- see above). Thanks!

I remember MTV was always spooked by gay issues. I supposed that changed somewhere, I guess when they stopped showing vids and started having a gay Real World member every season.

I would like to point out one thing just for the sake of balance: For every innovative "Love is a Stranger" videos back then, there were 10 "Safety Dance" ones. Meaning I remember watching a whole lot o real and serious crap on MTV.

Though, I remember some good times when non-video shows were just a rarity there: Remember The Young Ones?

I'd only seen one of those videos before. Gahhh.

I wasn't a big fan of early Eurythmics, but I loved when Annie showed up at the Grammys in drag. For that, she earned my instant devotion.

i've always adored annie. she has a wonderful voice and her eyes...oy, those eyes :)i wonder if mtv asked david bowie to prove that he was a guy.

i love it when gender norms are played around with and make people uncomfortable. if it's good, then they do get banned...that means that they're being effective (of course, being banned doens't hurt sales any because eveyrone wants to see what the hubbub is about.).

If Freddie Mercury and Annie Lennox had a baby it would be God.

OMG! I totally loved "Love is a Stranger," the video and the song. I had completely, completely forgotten about it until reading your post.

Marlan: Queen's adoption by the very hetero and very jockish types always interested me as well. Perhaps they too liked the idea of playing with gender roles more than they admitted.

Bill S.: I almost put up "I Need a Man" as well, but thought I had too many videos going on as it was.

Earl: Annie Lennox is still amazing after all these years.

DykeWife: I agree -- It was because these videos made them so nervous that they ended up having more resonance.

B.: Now there would be a god I could worship.

MaggieMay: I often go in and out of Eurythmics phases.

My theory about the acceptance of Queen by the hetero establishment is simply that people in general don't care unless someone tells them to care. Had Mercury been publicly outed in some kind of debacle early in his career, that would have been the end of him. You see it isn't that people care about gay sexual escapades themselves, it's that they care about what other people think.

And that is what I think is wrong with this country.

My family was living in Italy when MTV launched. By the time we were back in the US and had cable, MTV wasn't showing videos anymore.

"Queen dissmised the unwavering conformity of the Reagan-Thatcher era".
This may have been true in America but the Thatcher years actually saw a proliferation of subcultures and music styles in Britain. It was really only during the 90's that popstars and their music became increasingly bland and artists seemed to be desperate to be indistinguishable from each other. If you want to be political about it one could argue that the reign of Blair with his partys self-concious niceness and their tedious concept of 'Cool Britannia' has been far worse for pop creativity.

Oh, I've not seen "(Listen to) Beethoven" in over a decade. I must admit, when that video first came out it scared me...in a good way. I found her nervous breakdown so disconcerting.

I never heard about the "Love is a Stranger" video causing MTV problems, though. They'd been around for so many years before this album that MTV "knew" she was female from their dozen or so previous videos.

Plus, she'd been playing with drag as far back as "Who's that Girl?"...this role play shouldn't have come as a surprise to them.

Anyway, thanks for the flashbacks.....woo hoo!