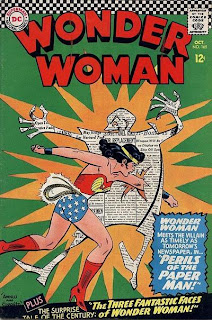 Books are becoming a casualty of the digital age. Academic publishers, in particular, are hard hit by the changing trends. The presses that publish scholarly works never really turned a major profit, if at all. Now, though, even major university presses are faced with the reality of market demand. Most are simply deciding to publish fewer books which they hope will sell.

This got me to thinking. What is it that makes one book more appealing than another? While the proverbial “judging by the cover” might not work, there might be clues as to the title and author.

Here are books that I imagine would be a hit and others that would be destined for the bargain bin:

Best Seller: Power as a Means of Seduction by Bill Clinton

Bargain Bin: Pantsuits in Every Color: A Wardrobe for Success by Hillary Clinton

Best Seller: My Cat is Smarter than My Husband and Other Regrets by Laura Bush

Best Seller: What the Fuck Went Wrong with Our Prime Minister? By The British People

Best Seller: James Bond Made Me a Sex Symbol by Daniel Craig 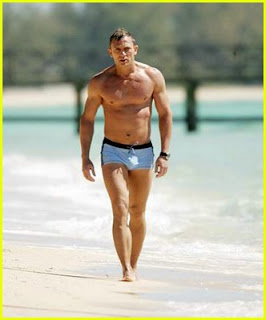 Bargain Bin: James Bond Made Me a Sex Symbol by George Lazenby 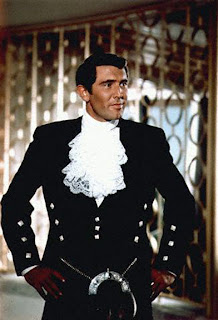 Bargain Bin: My Favorite Recipes (Made With Real Human Souls) by Condoleeza Rice

Best Seller: How to Use Another World Leader’s Incompetence to Distract from Your Own Rising Dictatorship by Hugo Chávez

Bargain Bin: 100 Percent Heterosexual – Except for the Times that I Hire Male Prostitutes by Pastor Ted Haggard

Bargain Bin: Leading an Authentic Life by Liar Ex (Who Told Many Lies)

Bargain Bin: I’ll Shoot You in the Face: A Story of Friendship by Dick Cheney

Bargain Bin: I'll Shoot You in the Face: My Time at the National Endowment for the Humanities by Lynne Cheney

Bargain Bin: I'll Shoot You in the Face: My Relationship with the Gay Community by Mary Cheney

Best Seller: Comedy as a Better form of Journalism by Jon Stewart

Bargain Bin: Lies as a Better Form of Journalism by Rupert Murdoch

Best Seller: My Life in Pictures by Jacqueline Kennedy

Bargain Bin: My Life in Pictures by Karl Rove 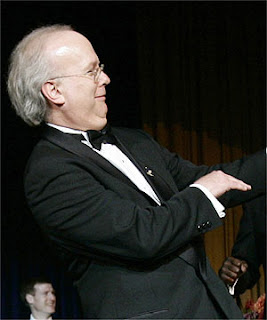 Bargain Bin: How Viagra Cost Me a Job at the World Bank by Paul Wolfowitz

Best Seller: We Were Just Shocked that Somebody -- Anybody -- Would Sleep With Paul Wolfowitz by The World Bank Board of Trustees

Best Seller: At Least We Aren’t the United States by the People of Canada

Bargain Bin: I Don’t Recall: The Inner Workings of the Department of Justice by Alberto Gonzalez

Bargain Bin: How to Make Smart Choices in Love, Real Estate, and Finance by GayProf

Email ThisBlogThis!Share to TwitterShare to FacebookShare to Pinterest
Labels: books, GayProf is as Wise as Athena, politics

Ha! I nearly spit out my coffee when I got to Mary Cheney's baby's book! Thanks for a good morning laugh. *smooches*

Thanks for a good laugh this morning!

I laughed so lough the people in the surrounding cubes are looking askance at me (again).

I think I see a formula to this:

"Book by any Liberal or socialist" = automatic best seller

"Book by anyone to the right of Hillary Clinton" = bird cage liner.

hey...can i be totally superficial and ask you where i can pick up a copy of JAMES BOND MADE ME A SEX SYMBOL by DANIEL CRAIG? it didn't pop up on my amzon search. damnit!

I'd take Lazenby over Craig any day.

Especially if he's decked out in frilly shirts. I appreciate a man who's comfortable with his own sexuality.

I LOVE these! The ugliness of Rove never ceases to amaze me. Does the man have any good angles? What am I saying? Every dimension of that man is toxic.

LOL, this is great. And I’ve asked myself the same question:
What the fuck went wrong with the British Prime Minister?

VUBOQ: I hear Mary Cheney's baby also spit out her coffee in utero.

Steven: Glad you liked it.

Pacalaga: Invite the surrounding cubes to join the party.

Seeker: The books that sold were the ones that were more aligned with reality (Laura Bush, for instance, had a best seller by acknowledging her husband's dimness). Likewise, Hugo Chávez had a bestseller by revealing that he is really a dictator. While he might be a type of "left," I hardly agree with his strategy for government (nor is the list intended as endorsement).

Hey, I didn't even give myself a best seller and I am further to the left than almost everybody mentioned.

This blog is not politically neutral. I am on the left and crack jokes from that perspective.

Feel free to use your own blog to do the same from a conservative perspective.

Hello, My Name is Danny: I'd buy a copy of the DVD -- He gets naked with good regularity.

Dorian and Bill S.: I actually appreciate Lazeby. On Her Majesty's Secret Service is perhaps the most underrated Bond movie (not to mention it has Emma Peel!). While I think Craig is mighty pretty, he didn't really fit as Bond. Also (sorry Danny), his chest looks odd to me the more that I look at the picture.

Doug: I had to look up ROFL. At first I thought it was a bad gagging sound... I was pleased to find its real meaning.

This Boy Elroy: And that is considered a good picture of Rove.(!) **shudder**

Marius: We all keep asking that about Blair . . . Extortion by the Bushies? Brain tumor?

"Book by any Liberal or socialist" = automatic best seller

"Book by anyone to the right of Hillary Clinton" = bird cage liner.

Oh how I laughed.

And loved your response to Seeker Onos.

You charmed me today.

So funny today! The I don't recall title really tickled me.

No prob. I kinda figured your view was a "tad" left of center.

In fact, that is one of the reasons I still pop my nose in here to read you - a different point of view.

The only thing I raised my eyebrow at was the Hugo Chavez item, which you abundantly clarified.
:)

My love for you, Gay Prof, at this point is well documented in the blogosphere. And yet, a post like this makes me fall in love with you all over again. Be still my beating heart for GayProf, the Sexiest AND funniest man in the blogosphere!!

LOL you must open a bookstore. Don't forget these classics:

hahaha. ur so clever. humor becomes u.