Won't You Take Me to [Midwestern] Funky Town? 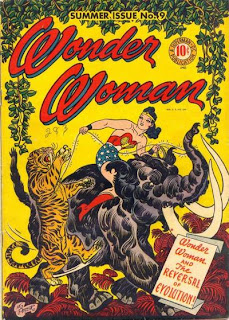 Here we go again, Kiddies. GayProf is starting his life over . . . again. All my library books have been returned. My internet connection will end at midnight. My goodbyes have been said. The movers are coming to pack and haul away my meager positions in Boston. I will leave tomorrow to set up residence in Midwestern Funky Town.

Leaving Boston makes me incredibly sad. I loved this city. I also met many cool people. The goddess truly protected me by giving me a chance to escape Texas after the worst year of my short existence.

Everything about this city made me feel like I was home. Alas, I am so sentimental that I will even miss the MBTA.

Sometimes, though, it is no use liking or disliking change in our lives. Rather, it’s better to just go with the course that appears before us.

Plus, I look forward to living in the little cottage that I rented. For almost the same rent as my studio apartment in Boston, I am getting a whole house in MFT. It will be great to have a kitchen where the appliances aren’t the size of an Easy-Bake Oven. I will also have distinct rooms that can be labeled “bedroom” and “living room.” Though the landlord had wanted to rip out the woodburning stove for insurance purposes, I eventually convinced them to leave it. It should be cozy, but still a palace compared to my more recent abode. 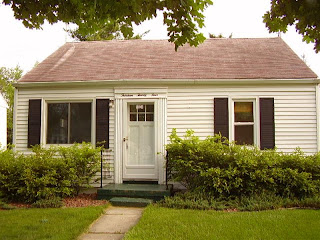 Most importantly, though, I needed to make sure that I wrote this entry for July so that I didn’t break my streak of 9's. With the odd exception of February, CoG had nine entries every month this year. I did not plan this at all. Actually, I only noticed it relatively recently (about the time VUBOQ also pointed it out to me). So, if I didn’t plan it, why did I always turn out with nine entries per month?

Well, I had one theory that involved a future me, who is trapped in a temporal loop, sending back messages to the present me in order to prevent a future disaster. Yet, I can only receive those messages as a subliminal thought. That might be unlikely, though.

Whatever the case, here are some things that I have learned about the number nine:

Nine is not the loneliest number that you’ll ever do.

Nine out of ten are the number of times that the Orange Line was delayed when I needed to use it.

The Bible has nine chapters in the Book of Amos.

Cloud Nine, from what I understand, is supposed to be quite nice.

Mayan religion proclaimed that there were nine levels to the underworld. The ninth was a place of extreme darkness and suffering. 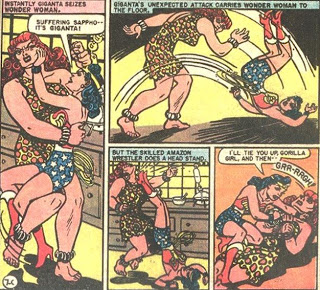 Many people consider the Nine of Wands card as a warning to proceed carefully when it is dealt from a Tarot deck.

When GayProf was nine years old, he joined the Cub Scouts.

In the year 9 A.D., Ovid was banished to Tomis.

There are nine planets in our solar system (Well, only eight now if you accept that Pluto has been downgraded).

The Searchers had a number one song entitled “Love Potion Number 9" in 1965.

Sagittarius is the ninth sign of the Zodiac (I know almost nobody born under Sagittarius except my father).

Dante described nine circles of hell in The Divine Comedy.

Email ThisBlogThis!Share to TwitterShare to FacebookShare to Pinterest
Labels: If There Were No GayProf it Would Have Been Necessary to Invent Him, Midwestern Funky Town, moving, moving sucks, nine

I don't accept the judgement of Pluto. Once a planet, always a planet. Besides, there were never any formal impeachment hearings that I was aware of.

Is that really a pic of your new place? If so, it is so cute!

AND, a stitch in time, saves nine!

The house *is* cute! I hope that's a real picture (it makes stalking you so much easier).

Have a safe move. Hopefully I'll make my way up to MFT soon :-)

Hard to leave a place you like, but hopefully you'll find MFT a happy place to live. Cute house, BTW. Nice find!

Definitely a cute place, whether it's the real Palace of GayProf or not.
Can I stalk Alan Rickman with you? Yum.
And don't forget the whole nine yards.

Good luck in Midwestern Funky Town.
You may find it more sparkly than you can imagine.

I really need to check your blog out more often. Last time I checked you were moving from Texas.

you forgot Revolution #9. Course, there really isn't much more to that than "number nine? number nine?"

Hey, and when you're all moved in. Take a moment to luxuriate in your new space. You know, multiple rooms and all.

And then just start thinking about where you're gonna put all the new WW memorabilia you're going to get.

Have a good trip there and good luck to you in everything... though, of course, we'll all be following up with you just like you hadn't even left.

Hope everything goes well with the move!

So which circle of hell contains Texas?

A well-dressed person is dressed "to the nines". I'm just saying.

Nine holes of golf is all I can take?

Safe journey, and I hope cat doesn't vomit this trip.

When I read this entry, it had nine comments.

Good luck with the move! It makes my own impending shift look like a trip down the road in comparison.

Don't forget that a Cat has nine lives! He used up at least one on the trip to Boston from that place that from now on shall never be mentioned again.

Your new place is so cute!! Good call on the woodburning stove. I believe in snows ( a lot) in Midwestern Funky Town.

Safe journey to you and Cat.

i hope your move goes very well. don't forget to buy a new broom for the new place since taking an old broom to a new house is considered bad luck (bran's superstition not mine). drive safely and get online soon else your worshipers start to sacrifice small animals to bring you back. you don't want to be responsible for the next apocalypse or the shortage of mice to feed snakes.

Yeah, I felt the same way when I moved from Western New York to North Florida. I miss the Northeast, but I think I made the right decision for my academic career.

Glad you're on your way. I hope the cat doesn't act up this time, or else s/he may lose one of his/her nine lives. Oops, someone already said that.

and bonus for ID this lyric snippet

Dressed up to the nines...at sixes and sevens with you....

Hope to meet you soon.

Well moving always sucks, but the little cottage looks darling. I'm lamenting not visiting Boston when you lived there. We are getting a hand me down car this week, so we will finally be able to visit, but now you're gone. Pooh. Well, best of luck in MFT.

I also do not accept the downgrading of Pluto. Perhaps with our combined powers we can reinstate it's planet status?

Save travels, no complications.

9 is the atomic number of flourine.

- Have we done the cat thing already? With the lives and stuff?
- And what about the Bradys (including Alice)?

This is my second move with you. I feel so stable. I was always the one who moved around.

And we miss the obvious and gay-friendly "9" : that day - documented by noted transvestite Ed Wood - wherin the ninth plan from outer space was visited upon our earth.

What a great house. I hope your dishes look cute in it.

Bon Voyage and all the best in the new job and community. I wish you'd been with us in Boston longer, but life moves on and I hope it's a happy move for you!

My grandfather built that house! Great neighborhood. My father was the one who decided to go with the slider replacement window in the living room, instead of the Chicago-style window with sashes on both sides of a picture window.

However, he did keep the original water closet with the pull chain. If the chain gets stuck, pull toward the right instead of straight down.

Dad tried to replace the front door with a steel door with a large oval beveled-glass window. That's when I put my foot down. ;-)

If the pedestal sink is still in the bathroom, check the rear side of the pedestal for a fine line crack. If it's still there, you won't want to put any pressure on the lip of the sink.

Welcome to the new digs!

I know I haven't been around for a long time, and I missed the chance to visit you in Boston, but I hope you understand. I am, however, very happy to hear that you will not be returning to TX, and hope that Midwestern Funky Town (where is that anyhow?) will be a much better home for you, even if it isn't Boston.

GP: Is it just me or is your e-mail link broken? I wanted to e-mail you this story in toadys NY Times about a study: The Ways of Mating: 237 Reasons and Counting. All of the study participants were University of Texas students. Perhaps there is some sample bias?
Randy

Welcome to the Midwest! We hope you enjoy your visit and remain with us for a long time. If there's anything we can do to make your stay more pleasant, do not hesitate to ask.

With any luck, this will be the last time you have to move.

P.S. you should have waited until 9:09 to make this post. THAT would have been creepy.

(Like how I sorted through everything you said and found the one thing that brought it back to me? Yeah. It's my special gift.)