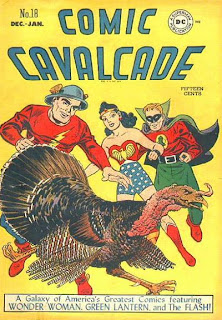 Today, the U.S. celebrates “Thanksgiving Day.” Much about this holiday always left me feeling ambivalent, even as a child. On the one hand, I obviously loved the food. Who couldn’t like a holiday where gluttony is celebrated?

Moreover, Thanksgiving was one of two times per year that we got to see my mother’s family during my childhood. My extended family on my father’s side was a constant fixture in our lives since they also lived in New Mexico. The other side of the family, however, lived a thousand miles away and we usually only saw them on Thanksgiving and during the summer.

Still, I also remember being in grade school and not particularly feeling an attraction to the mythology that surrounded this holiday. It was always presented (ahistorically) as the first vignette in a teleological narrative than ended triumphantly with the foundation of the U.S. The national “we” presented in this narrative didn’t feel like it encompassed me at all. This is not to say, of course, that I had a precocious suspicion of the U.S. as a child. On the contrary, I adopted and accepted the propaganda about the U.S.’s uniqueness eagerly as a child. All the same, something about Thanksgiving Day never really sat well with me.

In retrospect, it’s easy to consider the reasons for my apprehension which I would not have been able to articulate at age nine. My father’s family was of Mexican descent, which meant that their stories were never reflected in any of the reading that we did for U.S. history – ever (despite the fact that my elementary school was named Oñate and we resided in, you know, New Mexico).

My mother’s side, which was Irish-American, received a bit more coverage in our Social Studies textbooks. Yet, their nineteenth-century arrival hardly seemed connected to an obscure (and not all that successful) colony two centuries earlier. Moreover, given that both sides of my family were deeply Catholic (and, in all truth, fairly suspicious of Protestants), the Pilgrims’ link to “religious freedom” seemed kinda dubious.

Despite the inclusive national language that surrounded the holiday, I always felt like that stories of happy white Pilgrims and generous (but nameless) Indians was not really about me. Looking back as an adult, I also had the shock of realization that I was always assigned the role of “Indian” in the ritual classroom reenactments of the event by my Euro-American teachers. Seemingly, they didn’t see me as part of the Pilgrim story either.

All of this makes me feel a bit contrarian about such a holiday (Not that I won’t use the opportunity to gorge myself). Because of my ambivalence, it seems only appropriate to make it into an anti-holiday. Here is a list of things for which I am not at all thankful:

* The dusting of snow that greeted me this morning when I woke up.

* Men-Who-Lack-Balls (I am sure that Women-Who-Lack-Ovaries suck, too. They have just had a less immediate impact on my personal life).

* My seeming attraction to Men-Who-Lack-Balls

* The ways that a racial “Indian” identity obscured tribal affiliations and unique histories of diverse groups.

* The collapse of the U.S. dollar in the world market

* The way that I almost always over think sex, regardless of locale.

* The fact that I spent two full work days in the library reading nineteenth-century microfilm; spent thirty dollars on copies; and used another workday tabulating information from those copies. All of that work resulted in only two sentences of text and one footnote in the Never Ending Research Project of Doom

* The way that Mexican food is denigrated as not “serious cuisine”

* Sports of any type

* Not having a gas range

Email ThisBlogThis!Share to TwitterShare to FacebookShare to Pinterest
Labels: History, Holidays, It is Right to Give Praise and Thanks to GayProf, Thanks Giving

I would send you some roasted Hatch chiles, but I'm in NY.

The last time I lived near you in the North, we invited neighbors over and they thought salsa was salad dressing.

I think all holidays should be personally re-suited to each celebrant. The reason for the season is the day off from work, duh! Make of it what you will.

Outside of the pine cone turkeys made in class (and as I grew older, the food), I never cared for the whole Thanksgiving thing. Visiting little-known relatives ran from uncomfortable to creepy. And the holiday mythology left me cold: the pilgrims were so churchy; and the mysterious Indians who, I thought, probably had a more interesting story, just served as little more than props.

yep. it is a good question, why are you attracted to men who lack balls? i've never fallen into this camp myself and have always wondered at it.

then again, i think over-thinking sex is rather sexy. perhaps when you find men who have balls they will too. happy cautionary thanksgiving.

I've really been appreciating your anti-ENDA venom, by the way. And I am unthankful for the entire United States Congress.

What's the Milkshake song? Is it the Village People travesty found n the film Can't Stop the Music?

Because if so, your hatred is well-founded.

Oh my goodness, you're a double-whammy Catholic!

I'm unthankful for the defunding of the infrastructure for public transportation in this town I've fetched up in at the moment.

I am thankful for GayProf :-)
*smooches*

Glenn: No green chile makes it mighty hard for me to make my own food, too. It's difficult (if not flat-out impossible) to make food with the spice level that I like. Even the serrano peppers are mild here. Sigh

Earl: I think you hit the nail on the head. The Indians presented in the Thanksgiving stories were just props. They were only around to make the Pilgrims seem even more "blessed."

Adjunct: My inclination to those types of men says nothing good about me.

Teresa: Yeah, I figure people don't come to CoG for the warm fuzzies.

Neophyte: Touché! Even GayProf can occasionally be careless.

I meant balls and ovaries in a metaphorical sense, of course. Still, you are right that it does privilege and reenforce assumptions about biology and gender being linked together. Good show!

Paris: In the age of global warming and outrageous fuel costs, a city is defunding public transit??!! Ugh -- I am not thankful for that either.

VUBOQ: Awww -- You're sweet and I appreciate that. It makes me thankful that you are in my life, too (even if it is in a virtual sort of way).

Thanksgiving was always fraught with family dysfunction for me, so the holiday was never about anything other than making it through the evening without being either the focus of the central drama, or overly impacted by ancillary drama. My family was also never big flag wavers, so I never really saw the holiday as anything other than a large meal where I had to dress up. The whole patriotism thing was for other people. We talked about "thanks" but is was never in the context of being American.

I have read that Thanksgiving should be changed to a day of atonement rather than celebration. When I read the article, I thought of you. I somewhat agree, except for all that delicious food.

I know someone with only 1 ball, but in all respects, he acts like he has two.

I always loathed Thanksgiving as a kid. Boringest holiday ever. Then the insistence that I eat that cranjello crap. Now if the family had made enchiladas, it might have been different.

In AZ, Mexican is the ONLY serious cuisine, m'dear. Recently friends came to visit and I only had one night to treat them, and I couldn't decide what style of Mexican I wanted to treat them to. Last week was the salsa festival and I was in heaven. (We never get enough at restaurants because my toddler grabs the bowl and eats it with a spoon.)
The hats suck, but the heeled boots with the buckles? Completely sexy.
We could always just change the name of the holiday to "Pre-Black-Friday Carb Loading Day".

Thanksgiving is about showing off my mad kitchen skills.

Seriously. It's about the food.

This year, Mom said grace. Here it is:


And if we just think about what we're thankful for, instead of the mythology that surrounds the day, it's a good thing, right?

We had a great time and a great meal with my great parents. Guess I'm a glass-half-full kinda guy. :)

Wait. What is all this talk of pilgrims and giving thanks? I thought this holiday was simply about capitalism. You know, getting together with family on Thursday to make plans as to how early we will get up the next day, which stores at the mall we will invade, and how many bags of useless presents we can stuff into our trunk.
Puhleez!

LOL. I agree with Laverne. Thanksgiving is a great opportunity to show off one's mad culinary skills. Word!

It's interesting that Thanksgiving means different things to different people. I like Thanksgiving because I get to spend time with my family. That's all.

It's interesting that you mention one of the things you're not grateful for included "holiday-themed blog posts." Would you not consider this post of yours holiday-themed? ;-)

I actually see Thanksgiving as one of the better holidays as it truly is one where family is brought together. It is not a holiday overshadowed by an hour-long gift opening rondezvous, spending an hour on my knees at church.

My childhood days saw our immediate family going to both sides of the family gatherings, which made for long trips but soooo many relatives to see, which was fun; especially when you're the youngest.

Oh yes, I hate sports of any type as well. I hate them so very much. So going home and seeing football on the screen was not pleasurable. Especially when you consider how taboo alcohol is in my family. How ironic is it that the moment I desire alcohol the most is the moment I can't have it?

Normally I have many of the same reservations you do, but there was the Alfred Hitchcock marathon AMC put on *and* I got to rent and watch a couple of those ultra-sleazy films Vincent Price kept starring in during the '70s. All in all, a successful holiday.

I agree with you entirely about the cheap liquor!

I am so with you on the Men Who Lack Balls thing, GayProf. Soooooo with you.