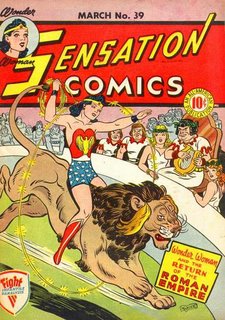 In honor of Martin Luther King, Jr. Day, the Associated Press has been pushing a recent AP-Ipsos poll. With blazing headlines such as “Most Americans See Significant Racial Progress,” the AP promotes a romantic vision of U.S. history. Noting that three-quarters of respondents believed that racism in the U.S. had been almost banished, this type of pronouncement depends on our faulty common sense. “Hey, people aren’t enslaved anymore,” the AP seems to suggest, “so things must be better.” Media representations like these promote a self-congratulatory tone for the U.S. public.

Hold-up, though, we need to pay attention to the bits of the survey that the AP didn’t highlight quite so much. Yeah, I can grant that the end of slavery was a progressive move a century ago, but is that where we are stopping? According to the same study, over 66 percent of African Americans did not share the rosy view of racial progress. The AP didn’t break out the numbers for Latinos or Asians. Apparently the AP only thinks of “racial progress” as a black and white issue (please picture GayProf shaking his head in frustration).

So, basically we have a study that reports that people who are not affected by racism believing that racism is no longer a problem. Does this really show “progress?” Or does it actually connote a problem of indifference and ignorance amongst the general public about race and class in this nation? Meanwhile, the African American respondents seem to have some sense of racism still affecting their daily lives.

Here is a problem I often face in teaching my history classes. Many students presume that since they see a few African American and Latino faces in their classes, all the problems with racism have been solved. After all, they reason, segregation no long occurs because of legal measures. These students' day-to-day lives do not include images of racial or economic oppression. It’s, therefore, difficult to convince them that we still have much work to do in this country.

We have been falsely lulled into thinking that racism and segregation no longer have currency in our society. Sadly, this is far from the case. According to a 2003 study conducted by the Civil Rights Project at Harvard University, the U.S. is actually becoming more segregated over the past decade. In 1988, 44 percent of Southern African American public students attended schools that had a predominantly white student body. By 2000, however, that number had dropped to 31 percent and continues to fall.

Think it is just a problem with the dreaded red-Republican states? Not so fast. In blue New York, just 13.3 percent of Latino students and 13.6 percent of African American students attended white majority schools. Meanwhile, all across the nation, white students are likely to attend schools that have student-bodies that are over 80 percent white.

We don’t only see these issues in schools, though. People of color often report having friends outside of their racial groups. Whites, however, are less likely to report having meaningful friendships with others who are not also white.

Starting in the mid 1980s, economic restructuring has resulted in permanent unemployment or under-employment for many of the nation’s minorities. With manufacturing jobs disappearing from urban areas, only low-wage service jobs appear as options. These jobs often tend to be part-time, meaning employers have no obligations to offer health or retirement benefits. Because of the unequal access to education, minorities have fewer opportunities to attend college than their white counterparts.

Even within my beloved gay community, racism often appears unchecked. Along side personal ads that are anti-feminine are ads that contain the chillingly casual “no blacks, hispanics, or Asians.” My suspicion has always been that most people of color would not consider these toady folk worth dating anyway.

Racism has real life-and-death consequences in this country. Amnesty International conducted a statistical analysis of death penalty cases in the U.S. Whites and African Americans are as likely to be victims of homicide. The murders of whites, however, are six times more likely to face the death penalty. The human rights group suggested that the U.S. legal system puts a greater premium on whites’ lives than minorities (It goes without saying (but I will say it anyway) that GayProf does not support the death penalty under any circumstance).

So, what can we do? It seems to me that we need to stop engaging in the fantasies of U.S. history as a steady, progressive march toward equality. The past decade has shown some siginficant set-backs that we have to acknowledge if we are going to affect change.

As individuals, there is little we can do to overturn the current economic and racial structures of the U.S. We need, though, to not allow that reality to immobilize us. The most dangerous thing is for all of us to throw up our hands and say that social justice is impossible. We encounter injustices in our daily lives. What we can do as individuals is challenge the racism, sexism, and homophobia that surrounds us.
Posted by GayProf at 12:07 PM

I agree wholeheartedly. I was just thinking of this when I was in the cafeteria today at the hospital. There was a service for MLK day in the chapel and my employer was displaying MLK's speech on monitors in the cafeteria on a look. When I looked around though I saw white doctors getting lunch from the completely black cafeteria worker staff. I asked myself, "what the hell has changed?"

HI! Great Blog! I linked over here on a Blog search, today I posted an article on a perspective on MLK Jr. Day that involves lack of change too, check it out if you’d like… I've enjoyed reading through your archives, I’d love to establish a reciprocal link with your blog, let me know if you’re interested:

Um, how can we confront classism?

Jeremy: That’s a tough question. All I can suggest is that we try to be attentive to our role in consumerism. So if there are products being boycotted for unfair labor practices, for instance, we can actively decide not to give money to those corrupt companies. We can also demand our own employers pay their employees a fair wage.

Even within my beloved gay community, racism often appears unchecked.

Sadly true. Even in "the bluest dot in the bluest state" some of my Asian friends have told me stories that have shocked me. (For example, one Thai friend who was talking to his mother on the phone in Thai heard someone walk by and say 'Ching chong, ching chong' to his friend.) I've been lucky and haven't faced incidents like that myself (aside from issues with orientalism), but it's bad enough to have it happen to people I know.

Generally, it seems like people in mintority groups have a hard time imagining themselves as having prejudices. Before living in the Bay Area, I lived in Honolulu. There's a largely Asian population there and people like to talk about how accepting the culture of Hawaii is, but it's really just Asians accepting other Asian (and some Latino) cultures.