Wait -- What Was That Song About? 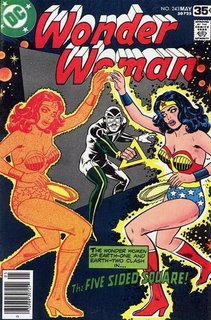 Dorian recently tagged me (in a totally non-pressuring way) to do my first thingy-ma-jigger-do-hicky-don’t-have-to-work-too-hard-to-blog-meme-thing. Works for me.

Kiddies, here are the rules: Open your music library and set the old-boy to “shuffle.” Note the first five songs that it plays. Then, regardless of the music artist’s actual politics, you blatantly misinterpret their lyrics to seem like they are covertly sending ultra-right-wing messages. The most deranged misinterpretations win a prize. At least, I thought somebody said something about a prize.

It kinda reminds me of that game where you randomly look up words in the dictionary and then give out false definitions to see how many people you can trick. You know –What’s that called? Oh, right, the Department of Homeland Security.

So, let’s see what evil right-wing messages might be lurking in this lefty-gay-boy’s music library, shall we?

Oooh, iTunes started me with a tough one. Given the limited number of lyrics, some might not see van Helden’s true intent here. Of course, upon reflection, we can see that this song supports the horrific construction of a wall dividing the U.S. and Mexico. Let’s look at the first chorus:

Clearly van Helden dislikes living in a multi-cultural atmosphere. The line “How did we ever get this way?” suggests his desire for a romanticized past and the times of segregation.

Van Helden asks “What’s it gonna take to do?” In reality, he wants us all to answer that question by calling for tighter border security.

2. Requiem for Evita (From the soundtrack to Evita)

Now here is one that is much easier, because, really it is all about an evil right-wing wife-of-a-dictator. Though the musical offered many bouncy songs and some fabulous costume changes (What gay man hasn’t performed the Casa-Rosada-balcony scene in the privacy of his bedroom?), the real-life Eva Perón was a fascist. 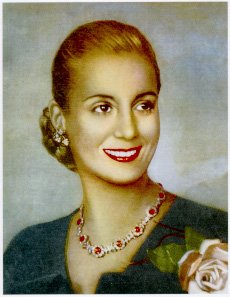 I don’t mean fascist in the way that most people toss that word around, like, “My professor made me read 150 pages this week. He is such a fascist.” No, no. I mean, Evita believed in fascism as a form of government. She felt all citizens should have a fanatical devotion to the nation and eschewed the rights of the individual.

So, a song that asks us to lament Eva’s passing really asks us to mourn the passing of fascism in Argentina. Thanks, Andrew Lloyd Weber! When are you going to get working on that musical for Francisco Franco?

3. Cascada’s “Every Time We Touch”

Though seemingly just another plastic dance-ballad, Cascada actually produced this song as a secret love declaration for Paul Wolfowitz.

Take a look at the militaristic imagery she uses:

Your arms are my castle,
Your heart is my sky.
They wipe away tears that I've cried
The good and the bad times,
We've been through them all.
You make me rise when I fall. 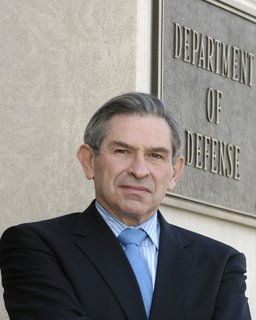 In this case, Cascada talks both about her screaming-thigh-sweats for Wolfowitz and his aggressive military policy. She tells us that, like a medieval castle, Wolfowitz will defend us. True, he may level entire nations, but they will rise again because the USA will rebuild them – if there is time – and we don’t lose interest first.

This is one of my favorite songs at the moment. You can imagine how upset I was to find out that Frankee really intended this song for Bill Clinton. Just take a look at these lyrics:

Hell no.
You looked me in my face and
Had the nerve to say that chick that called
You on your cell phone wasn’t at your place
The stupid things you do,
You gotta be a fool,
You took my love for granted
Now I'm taking it back from you

Clearly Frankee is substituting herself as a spokesperson for the nation. She, as Miss Everybody-USA, responds to Bill Clinton’s infamous claim that he did not have sex with Monica Lewinsky. 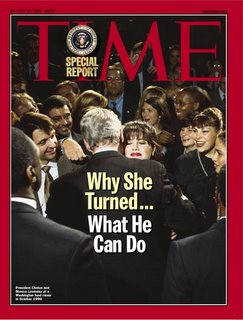 Let’s take a look at her second stanza:

Hell no.
I don't need your doe
I'm not going be your ho
You can keep your ring
Tough shit
I see you're full of it
I'm not going to be your bitch
I don't care about your bling

Like many right-wingers, Frankee explicitly rejects the economic growth and budget surpluses that appeared during the Clinton administration. Sure, he might have been president during unprecedented times of stability, but the only thing Frankee really cared about was that he had a blow-job in the Oval Office.

5. Eurythmics “Right by Your Side”

I think the title of this song tells us all that we need to know. By “Right By Your Side,” the Eurythmics tell us that we all need to be on the political right.

In the opening chorus, the Eurythmics tow the Republican line all the way:

Here the Eurythmics tell us that only the Republicans have the military strength to protect us from terrorism with their "two strong arms." Moreover, you might think that she refers to “depression” as an emotion. In truth, the song speaks of economic “depression.” Only by going to the “right” and their tax cuts will the world economy move forward.

Well, that was fun, even if I do feel a bit dirty for horribly abusing some of my favorite artists and songs. Most of these artists aren’t even U.S. citizens.

Frankee, I was just kidding. Call me.

I won’t tag others, but all should feel free to have fun. In the meantime, I will keep waiting for the “Ten Reasons Why I Adore and Worship GayProf” meme to appear. 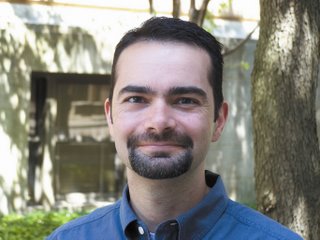 Wait – maybe that gives the impression that I have distorted view of self-worth. “The Ten Reasons Why I Adore and Worship GayProf” meme has got to be circulating on the blogosphere already, right?
Posted by GayProf at 4:37 PM

This is a fun game. And I never would have expected you would own Andrew Lloyd Weber. But then again, I don't think you teach music. Nice eclecticism among the selections though.

Though it might alienate some musical-lovers, I have to admit that Evita is the only Andrew Lloyd Weber thing that I find tolerable. Even then, it’s mostly for the bun-of-steel. Please don’t throw things at me, Weberites.

Hi ya Prof -
Secret Admirer here again. I thought I was following the theme of this post until you posted a pic of your own bad self, and suddenly I can't remember my own name. That picture made me shiver with pleasure...I can't get enough! Now...what was it you were posting about...? Oh, well...I don't have an iPod...so what the heck....

Anon: Aaaah, Thanks for being my SA. You are sweet.

Is there any way to do that "Top Ten Reasons I Adore and Love Gay Prof" meme without making it uber-creepy? If so, sure, I'll give it a shot!

First of all, did you steal my iPod?! Oh wait, here it is...never mind. Here's what my shuffle in iTunes gave me:

1) "Unlock the Secrets of Your Heart" by ABC, an allusion to interrogation tactics at Guantanamo, perhaps?
2) "Ready to Run" by Dixie Chicks, clearly demonstrating right-wing efforts to drive them into hiding.
3) "He's Got Something" by Dusty Springfield...the lyric "He's got something, I don't know what, but it's grand" refers to not questioning our great leader, but rather worshipping him despite his secrecy.
4) "Morning Star" by Cooler Kids, a call to the gays to drop their disco drugs and come to Jesus...it's quite obvious.
5) "Seasons of Love" from the soundtrack of "Rent"...I don't know what to say about this other than I tried to give this a chance so the hubby and I would have some music in common, but I just hate it and have been meaning to remove it from the iPod for weeks now. As soon as it came on, I clicked forward and got "Energy" from "Schoolhouse Rocks", a definite endorsement of Halliburton.

Oh, and btw, yowza! You are a tasty treat, Gayprof!

I fired up the mp3 player for the “The Ten Reasons Why I Adore and Worship GayProf” meme, and this is what I got:

Make of it what you will.

I'm following Earl's lead:
Saints - Swayzak, clearly the words of Saint GayProf should be canonized.
I Wish You Were Gone - Jaokim, I think this has something to do with GayProf's bitterness toward his ex.
Telephasic Workshop - Boards of Canada, I think this has to do with GayProf's way of workin' his way into your subconscious--like when you see a truck go by, you think of this.
Ice - Lucien & Luciano, Clearly about the doses of cold realism (blended into a cocktail of syrupy sentimentality and sour idealism).
Waterfalls of Love - Pole Folder, How the hell is this in my library?

You're not the only one who is playing this game. The people at The National Review have created a list of the 50 Greatest Conservative Rock Songs. Most songs are neither conservative or rock, but they do their best to reinterpret them as such.

Jeremy: Clearly about the doses of cold realism (blended into a cocktail of syrupy sentimentality and sour idealism).

Hmm, maybe I should put some guidelines on this meme. Syrupy and sour do not imply "worship" and "adore" to me. I am not saying, I am just saying.

I could neither worship nor adore someone who didn't have moments of sentimentality or idealism. Je vous adore.