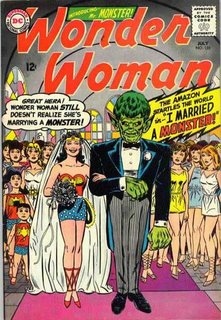 Given the events of the past year, many people have shared their own stories about relationships and break-ups with me. All of us share a common desire to be loved and similar feelings of shock, hurt, and despair when that love goes badly.

I have noticed that some subtle differences exist, though, between the ways that straight men and gay men articulate their feelings shortly after a break-up. GayProf does not make value judgements about these differences. I am not saying it’s good. I am not saying it’s bad. I am just saying there are some differences. Here are some examples of what straight guys often say when their woman dumped them and what gay men often say when their guy left them. Note: This should not be construed as necessarily autobiographical, but rather as a scientific composite of responses:

Straight Guy: I can’t believe she left me. She was going to be the mother of my children.

Gay Guy: I can’t believe he left me. We were finally going to install that sling.

Straight Guy: My mother loved her.

Gay Guy: His mother loved me.

Straight Guy: Tonight I want to forget about her by getting drunk.

Gay Guy: Tonight I want to forget about him by dancing – and getting drunk.

Straight Guy: I can’t believe I spent so much money on her platinum wedding ring.

Gay Guy: I can’t believe I spent so much money on his stainless-steel cock ring.

Straight Guy: I wonder what she is doing right now.

Gay Guy: Let’s light his truck on fire and watch it blow up.

Straight Guy: Maybe I should have helped out with the housework more.

Gay Guy: He should have helped out with the housework more.

Straight Guy: She really understood me.

Gay Guy: Sorry, I wasn’t listening to you. Can we talk about me now?

Straight Guy: She couldn’t cook worth shit. I had better food at McDonald's.

Gay Guy: He was lousy in bed. I had better sex all alone.

Straight Guy: Her friends never liked me. They turned her against me.

Gay Guy: Let’s light his house on fire and watch it blow up.

Gay Guy: Let's burn him in effigy and watch it blow up.

Straight Guy: How could she leave me for another man?

Gay Guy: Let’s light his new tramp’s car on fire and watch it blow up.

Gay Guy: For the first time, I really understand the NRA’s position on gun access.

Straight Guy: Fuck it – I am going to get laid.

Aw, so much anger. Some pretty funny stuff though. I'm not like this blowing stuff up thing at all. However, my partner talks about if I left him that he would stalk me, castrate me, burn all of my things, etc. I thought gay people were supposed to be weak an effeminate?

"Let’s light his truck on fire and watch it blow up." - ahh, now we are talking about my type of relationship. I really enjoyed the humour in that piece.

Bravo! I laughed each time you wanted to bl, er, I mean, each time something was needing to be blown up.

Have considered getting a column somewhere? You are the Carrie Bradshaw of the gays. Hooray for blowing things up, you are becoming more Texan each day.

OMG, girl, you have your finger on the pulse of Gay America! Nicely done, aside from the implication that gay men suffer inordinately from pyromania. There are easier ways of screwing your lover than ruining your French manicure with gasoline, girl! That's why gay men are the queens of gossip! Kiss and tell, and that's the end of HER!

Oso:aside from the implication that gay men suffer inordinately from pyromania

You say that like pyromania is a bad thing.

Loved this! You rock!

Umm, who was Montgomery Clift? ;)

Very accurate, especially the second half.

Heh. "He should have done housework more." That hits close to home.

Two OT things:
That WW cover at the beginning of this post? Best. WW cover. Ever.

Two: You can't be stalking Wilmer Valderrama, because that position is currently filled.

And we're about to buy a sling, too.

Perhaps that's why I wake up from post breakup drunken blackouts with empty gasoline barrels in my back yard...hmmmm...

When their mother loves you, I've found it is pretty much over...