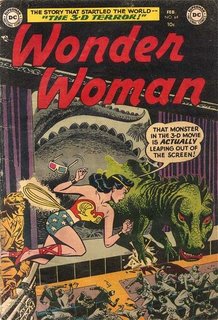 Free movie tickets came to a friend of mine the other day. Given my current financial situation (only Guadalupe can help me now), I am not inclined to pass up a night’s worth of free entertainment. It turned out that the studio gave out the tickets as part of a beta test screening for a new film.

Filling out the little cards after the screening, I came to accept something about myself: I love to give my opinion on things. Seriously, I have a rather high opinion of my opinion.

Surveys? I constantly take part when asked. Need to know what music I just downloaded from I-tunes? I’ll tell you. What brand of cleanser do I prefer? Just ask. In doing so, maybe I will get more of the stuff that I like out in the world. Every ten years, I also hope that my household will be selected for the U.S. census “long-form.”

What’s behind this desire to be polled? Nothing but ego, I am afraid. Being a historian, I know how valuable the census reports and forms have been to our knowledge of the past. Getting the long form means that future generations of historians will find out how you lived and how you identified yourself. You get to stand in for thousands of other people. So, just ask me – I will gladly tell you how many toilets are in my house.

Surveys and test audiences are something that I aspire to be a part of all the time. Clearly the people they usually ask don’t know what they are doing or how to answer those questions. How many movies have I sat through only to find the ending suddenly turned wonky? Some beta test audience got hold of the film and decided they didn’t like the original ending. You know, the one that the director, writer, and producer all thought should be there.

Just take as an example that masterpiece of cinema, the first Legally Blonde movie. The original version had Elle walk away with confidence and security in knowing that she survived law school with dignity. Test audiences whined, though, that there needed to be more about her relationship. So studios hastily put together a new scene where Elle tells off her loser ex-boyfriend. You can totally tell that her hair color does not at all match the previous scenes! My own ability to suspend disbelief went straight down the drain. It was a crime – a crime I tell you! 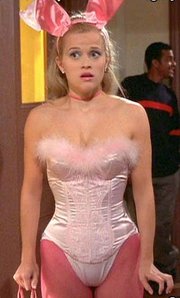 All through the 2004 election, I prayed that I would be called for a phone survey. After all, the Democrats didn’t bother to come up with an actual platform or message. Instead, they just ran everything based on pollster reports. Therefore, they should have asked me. My participation in that survey could have really turned things around for the Democrats. Why didn’t they call?

After September 11, Bushie had astounding popularity in the polls. Who the hell were they asking about this? Nobody I knew thought that he suddenly grew a brain in the face of tragedy. The wonderful Wizard of Oz didn’t appear on the White House lawn as far as I could tell. He was still the same ol’ scarecrow.

Yeah, yeah, we all rallied behind him– Whatever. He just kept making the tragedy worse. Well, when he bothered to show up at all after running away and hiding in his bunker on the actual day. Somebody should have asked me what I thought! Ninety percent approval? My ass.

Then again, the poll questions are often so badly done you don’t have much choice. Oddly enough, I participated in a Zogby poll over the whole Mark Foley mess. To be honest, I am not sure why this is such a big deal. I don’t mean on the personal level. Foley abused his power and probably trashed some young people’s ability to trust. He was nasty and should have lost his job long ago. I doubt IBM would have kept him around that long.

For the nation, though, is this really that big of news? A rich, white Republican got caught using a crowbar on some teenagers’ zipper. Are we surprised by that? Really? Because you know there is an entire army worth of women pages who likely had to hide out in the ladies room for sixty percent of their work day to avoid being pinched, poked, ogled, or generally propositioned – and that was probably just from Denis Hastert alone. We don’t hear about them.

In the end, the poll never asked the questions that I wanted to answer. For instance:

Do you think Mark Foley is:

How would you rate the media coverage of this event?
A) Slightly homophobic
B) Seriously homophobic
C) Profoundly homophobic
D) They-are-coming-for-you-in-the-middle-of-the-night-wearing-sheets homophobic

Come on, pollsters, ask me what I really think.

I don’t seem to be alone in my poll quest. In many ways, it strikes me as a distinctly American quality of me.

Somebody must have taken a poll and determined that Americans love polls. Political parties now send out fake polls as a means to solicit donations. All the news shows have some poll question as part of their basic format now. These are the polls at their worst. They ask people to make snap decisions, usually without any knowledge of the question. “Hey [insert city],” some perky anchor says, “We just gave thirty seconds worth of information and almost no concrete evidence about a capital punishment case. Now we want to know what you think. Phone and press #1 if you think Joe Smith should fry in the electric chair or dial #2 if you think Joe Smith should get lethal injection. Results at 11."

It must give us a sense of democracy or something to be asked to be in a poll. Sure, most Americans don’t bother to vote in actual elections or protect the real republic. Put up a 1-976 number, though, and we can’t dial fast enough.
Posted by GayProf at 8:09 PM

Golly, GayProf! I can't believe you haven't added one of those snappy auto-pollers to your template!
Then you could poll how many of your blog readers like polls. And how many have cats. And how many like polls about cats. And...

Also, I'm glad to hear someone else voice my thoughts on this Foley thing. I've been saying pretty much the same thing to Steve for over a week.
Much like I was really pissed that he's being characterized as an "internet predator." Internet predators use the internet to find and manipulate they don't know; this guy was just a common perv who happened to use the internet as the convenient mode of communication with people he already had access to through his workplace authority.

I think the book of proverbs put it best that in a host of counsel one finds safety (but not necessarily wisdom). I think the entire US viewpoint (and your insight on polls) can be summed up in two words: Family Feud

In what other country would and could it be more needful and acceptable to know, not the accurate or scientifically correct answer, but instead the answer of "100 americans surveyed said..." - do not seek truth or thyself, but the pervailing winds of thy countrymen.

As I said in my little bloggy, the Foley thing really is about power.

I DO participate in surveys, too, but I should tell you that, if the American Communities Survey takes hold - i.e., if Congress continues to fund it - there will be no 2010 long form. But there will be the ACS, a survey thayt a small number of people (maybe 3%) will be filling out annually. They don't advertise it, because it'll affect such a small number of people each year, but I worry that participation rates - which are as mandated as the decennial Census - will not be as strong.

Personally, I'm glad that more Americans vote for American Idols than they do for presidents. Because most Americans are idiots, and idiots shouldn't vote for important things. Because they are idiots.

Hehe...you're not alone in your opinion of your own opinion. I frequently have to stop myself from giving unsolicited advice, and I frequently fail.

I disagree with jpdc. I think that the majority of voters are idiots. Look who we've had in office for the past six years! Of course, the voters who put Bush in the presidency don't know what they're doing; they just easily fall pray to political manipulation.

I definitely don't like to do surveys, but can be pretty opinionated. I guess that means that I enjoy giving my opinion when not asked, but not the other way around :) Is that so bad?

Using statistical information to make decisions is fine so long as it's done in conjunction with other information gathering means. Polls by themselves are just numbers out of context. And yet it seems that people often forget that and accept the results without question.

I want to take a poll ABOUT you, GayProf. You know: how do I love him, let me count the ways? Please get on with constructing a GayProf Poll already, so that I can share my opinion about your opinion of your opinions.

Because you know, I really need a distraction from this grading about right now.

GayProf, from what I've read in this post and on your blog in general, I'd be glad to be one of the thousands you stand in for on surveys.

I'm so glad to see that I'm not the only one who was feeling this way. I love polls too, but I would also like to receive benefits (like free movies). And I always thought that Reese had used extensions in that movie because of those scenes in the end, but I did later learn that it was a later filming, actually. So, is this an open invitation to ask you things? Since you are such a history buff, can you compare the current military commissions act to the old alien and sedition acts for me?

I love surveys! But unfortunately, all the surveyors who call want to know about products of some kind. I don't watch TV, don't read magazines and generally can't tell you what any ad campaign that does cross my path is advertising since I only notice the pretty lights and colors. They usually hang up on me in frustration.

I'll refer all surveys to you now. I don't have time and my opinion really matters little in the grand scheme of things.

I like your poll questions, GayProf. I believe you should conduct surveys of your own.

I actually did get called for a political survey in 2004. The problem was, I kept getting so choked up with rage I could hardly respond.