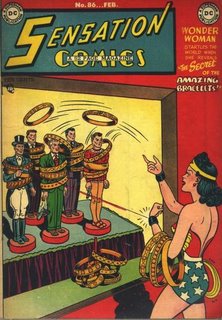 Comments from the "Tapped" post got me to thinking about just what it would require to bring sexy back. Though Justin Timberlake's lyrics promise that he’s bringing sexy back, I am not sure the rest of the song really offers a concrete plan. There are some vague promises of VIP drinks, shackles, and a claim that he will “pick up the slack” to bring sexy back. Hey – Somebody found a rhyming dictionary.

If Justin Timberlake can’t do it, who can? Well, of course, we shouldn’t depend on an international singing star who also is frequently cited by the press and average people as a sex object. No, no. Instead, we should look for answers from an obscure queer professor with an obtuse blog. Clearly that’s where the sexy will come back.


Laura Elizabeth suggested that pictures of a tuxedo-clad GayProf would help on this front. Hmm – The last time I wore a tuxedo would have been for my High School Senior Prom.

I don’t think that this image would aid the effort of bringing sexy back – unless you happen to be Mark Foley. To answer your questions: Yes, I really went to my senior prom (and homecoming, and junior prom). Yes, I went with a girl (as just friends). No, I wasn’t “out” in high school. Yes, those really are heart-shaped balloons in the background. No, I don’t think that they still use pig bladders to make balloons anymore.

So, clearly ancient tux pictures of GayProf aren’t going to work. Here, though, are my humble suggestions for actually bringing sexy back to the world:

The following words will be banned from romantic encounters: stick, it, rump, milkshake, and monocle. I recognize that this rules out Mr. Peanut and Colonel Klink from being sexy. Tough choices had to be made.

Anybody of mixed Latino and Euro-American ancestry automatically has the title “sexy.”

Mandatory intelligence testing to qualify for the term “sexy.” Don’t get me wrong, dumb can still be hot under the right circumstances – just not sexy per se. Once you pass your i.q. test, I think you should get a little sticker for your driver’s license that says you are eligible for, but not guaranteed, the title “ sexy.”

I will grant that smoking looks cool. In the end, though, it kills sexy. All us non-smokers have kissed smokers. It’s a lot like licking an ashtray. No amount of mint gum changes that either. It just becomes an ashtray with a gob of used gum.

All men and women who come under the term “sexy” must have a working knowledge of proper grooming and know the value of conditioner for their hair.

Using childhood terms and/or proper names to refer to your or your partner’s genitalia will not be allowed during naked playtime.

Using the term “genitalia” will not be allowed during naked playtime.

Nobody with the last name “Bush” will ever be allowed to have sex again – ever. Even knowing that the Bush clan had sex ruins it for the rest of us. Who can even think “sexy” with the knowledge that Barbara once had her knees on the tiles for George senior? **Shudder**

Strippers will need to attend a special college to perfect their techniques. None of this, “Well, you have an okay body and a passable face – Now get up on the stage and see how many people shove dollar bills into your crotch.” Sexy doesn’t have a chance in an amateur’s hands. I want some professional training for those strippers. Hey, not all of them will have to go through the full four-year university program. There can be a two-year associate degree program. Let’s have a hierarchy like with nurses. You can opt to be a LPS (Licenced Practical Stripper) or a RS (Registered Stripper). If you need to know which one you are dealing with, look for the dark stripes as they swing around on the pole.

If anybody on this planet can refer to you as their “liar ex,” you forfeit one testicle or one ovary. Oh, wait, that’s not about bringing sexy back. That’s about bringing revenge back. Sorry – I’ll stay focused.

When it comes to appearance, I don’t think there is a magic formal to sexy. No, no. You just have to look like Del Marquis, Thomas Lloyd, or Anderson Cooper. That’s good enough for me.

Coffee and tea will only be served in actual glass or ceramic cups, preferably with a saucer. No more paper for critical beverages. Oh, wait, that’s about restoring dignity to us, not sexy. Damn! I keep getting distracted. 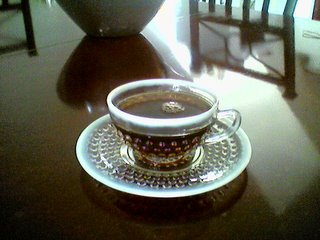 The ability to vacuum and load a dishwasher properly should never be underestimated as sexy.

Free liquor for everybody. Consumed properly, liquor makes everything and everybody sexy. Or you just stop giving a fuck - whatever.

Amen to loading the dishwasher.
And really, dignity is always sexy, so the coffee thing works for me. (I'll keep my beat-up Starbucks travel mug for the office.)

Mixing the perfect martini - that is also v. sexy. Especially if it's made with Bombay Sapphire and bleu cheese-stuffed olives. *rowr*

You in a Prom Tux is not going to bring the sexy back GayProf. You in a tux today, however...

I don't mean to creep you out, but were (most likely still are) quite adorable in high school.

"Anybody of mixed Latino and Euro-American ancestry automatically has the title “sexy.” "

I would like to agree, especially on the Latino part, but what about Irish-Latino or Polish-Latino? As I'm Irish-European extraction and the late, lamented, ex was Polish, I know whereof I speak here when I say you do not want to mix Irish-Polish-Latino-anything.

"Mandatory intelligence testing to qualify for the term “sexy.” "

"Coffee and tea will only be served in actual glass or ceramic cups, preferably with a saucer. No more paper for critical beverages. Oh, wait, that’s about restoring dignity to us, not sexy. Damn! I keep getting distracted."

No, this is mandatory for the sexy! Add to this, no goddamn styrofoam! And please, for the love of the baby jebus, use linen napkins. They go in the wash people! And you won't die from ironing napkins, I swear!

Amen! Keep it up GayProf and I may start worshipping you.

No, that isn't a good thing.

As per smoking stipulation - if you can't handle kissing an ashtray, then you're not drunk enough to get it on. Yes, I am so insecure that I need to have something to do/put in my mouth.

As per conditioner stipulation - Does using it only in the places where you have hair (i.e. back, balls) count for anything?

Pacalaga: You are right -- Dignity is sexy. I change my mind about the coffee cups.

VUBOQ: My god -- I forgot about mixology. For shame on GayProf. Thank the cosmos that you remembered. Proper bartending skills are very, very sexy.

Laura Elizabeth: I see you are planning a run for the House of Representatives.

I would like to agree, especially on the Latino part, but what about Irish-Latino or Polish-Latino?

Well, given that I am Latino and Irish (American), I would say that's a terribly sexy combination. I am not sure that I have an opinion on the Polish bit.

Worshipping me, from what I understand, is considered very sexy these days.

Jeremy: Where ever you are getting split-ends or frizzys, use the conditioner.

I've found that you really don't notice the bad taste when kissing a smoker, provided you smoke at least 2 packs per day yourself.

I'm not really going to be able to bring sexy back, am I?

I would disagree with Laura Elizabeth -- I think that the prom tux was way sexy -- just not in a senator-on-page kinda way.
You rock, Gayprof.

We might want to alter the idea regarding the driver's license stickers. The people at the DMV usually aren't qualified to judge sexy. Maybe a separate gift card, kinda like the ones you can get at Home Depot. There are some very qualified people working at Home Depot.

JPDC: Your recent entry on Foley made you seem sexy to me. For the smoking, I hear there is a patch?

Bigg: The thing I notice most about that picture is the quantity and thickness of my hair at age 17 (I ignore the dated, moussed hairstyle). Sigh Sometimes aging does suck.

Doug: No, no -- The DMV workers will only administer intelligence testing. They will not be the final arbiters of who is "sexy." Remember, passing the test does not guarantee one will be sexy. You just can't be sexy without passing the test.

As for liquor verses diamonds -- Hmm -- Does it show that I buy one but not the other?

Oh my, gravitas is sexy. And you know what, I always love kissing smokers, and I did even before I ever smoked. maybe I'm just disturbed.

Not that my kissing CV is long or extensive, but I've kissed one or two smokers and I really didn't find it offensive. I guess it all depends on how much they smoke and how long the gap between when the kiss and the last ciggie is.

Gravitas has always been sexy.

I've kissed smokers. I've gone out with smokers. Passion (and alcohol) can win out for a while, but good taste will out.

And you WERE adorable in the tux.

omg you were completely adorable!

Kalvin: Or maybe that's why you started smoking? I am not sayin', I am just sayin'.

Frank: I am getting many votes that are pro-ciggie-mouth. Go figure.

ROG and Persian: Thanks -- I appreciate being adorable -- Nobody but BIGG is saying "sexy," though. sigh

I agree with Laura Elizabeth: scoff all you want at your high school self, but you were adorable in that tux.

Do we have to know how to use conditioner? Can I just use sunblock?

Hahaha, i love the genitalia one. I alway have my friend Jeff tell me the story about the time this guy called him from his workplace, with his boss over his shoulder and asked Jeff if he would allow him to be "the first to anally penetrate" him. Imagine someone saying that to you with a texan accent.

My new one: "nurse" and "stripper" when used in conjunction with each other create a "sexy" vacuum that robs the entire discourse of any previous sexiness relevance.

Although you've hit on a new way to link nurses and strippers, (i.e.: stripping as regulated profession and likely you were thinking male strippers and nurses instead of the "sexy nurse" stereotype that readily springs to mind) nurses have to deal with enough without continually having to quash the comparisons with strippers.

(Of course, it probably didn't help that I had a guy leeringly ask me for a bed bath tonight...er, you're in the ER for stitches, f**k off.)

I've just installed iStripper, so I can have the sexiest virtual strippers on my taskbar.