Sing for the Meme 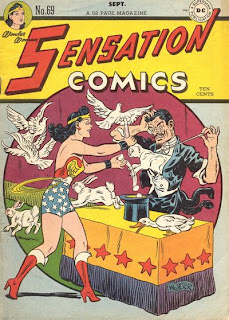 Much discussion appeared over the last post. In those comments, I found that we can easily become side tracked or mired in negative feelings. At times like these we need to be reminded of what is really important: This blog is about me.

What? You didn’t think that I was going to make some call to think about our common humanity, did you? Yeah – We are all human – The world is a little flower – blah, blah. blah. Whatever – All eyes back on GayProf.

To that end, ROG had a nifty little meme that would help me create the soundtrack to my life. As you know, 20th Century Fox will surely be buying the rights to my life story at any moment. I imagine it will be titled: Valley of Gravitas or maybe GayProf Dearest.

Whatever the case, here is how the meme works. Open your music player and select your entire library. Place it in “shuffle” mode and see which songs come up for each of these questions (As usual with music memes, I altered the rules to prevent the same artist from being repeated. Otherwise, my entire life would be one long Billie Holiday song (which may have its own accuracy, but still)):

Waking Up: “Good Daddy Blues” by Dinah Washington – Hey, what gay man isn’t looking for a daddy to pay for the champaign?

First Day of School: “Juke Box Blues” June Carter – Oddly enough, this song does have a youthful feel to it – There’s something about nickels (the most useless form of currency) and jukeboxes that connotes childhood.

Falling in Love: Anastacia “One Day in Your Life” – Yeah, great. Why does itunes always select songs in which my falling in love results in disaster? Oh, right, because all of my songs in itunes are about love ending in disaster.

First Song: ”Waltzing Along” by James -- This song was once recommended to me by the glamorous Helen. It has some basic truths that keep my life in perspective – Help does come when you need it most -- And all roads do lead to death row. Who knows what comes after? 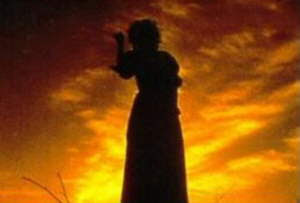 Breaking Up: “Just Friends” by Billie Holiday – Of all the Holiday songs to connote my most major break-up, this is the least appropriate. Holiday built a career singing about low-down, scummy, liars (who told many lies) – Out of all of that, itunes came up "Just Friends?" If there is one thing that I know, I will never be friends with Liar Ex (Who Left No Promise Unbroken). I much prefer Kelis' "Caught Out There" as the ultimate break up song. Give me something with lyrics about setting a truck on fire. Unless this song is still supposed to be about high-school -- Then we are talking about dating girls, in which case it makes perfect sense. This meme is a bit unclear in its chronology.

Prom: “This Can’t Be Love” by Ella Fitzgerald -- Apparently itunes thinks that I am thirty years older than my actual age and speculates that I went to prom in 1956. Eh -- I get that a lot – It’s the gravitas. Of course, given that I went to my prom with a girl (in 1992, fyi), Ella might have a point about it not being love. I fall in love with the menz.

Driving: “One Man” by Pearl Bailey – It doesn’t strike me as a dynamic driving song – Still, who can’t appreciate the sentiment? One man just isn't enough, darling. Sing it, Pearl: “Someday one man might call my bluff, but until then, more men, ‘cuz one man ain’t quite enough....” Really, it's often about the strippers for GayProf. 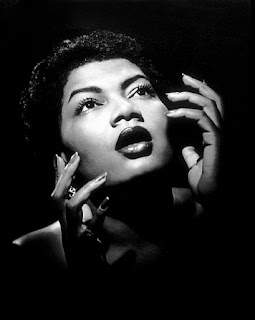 Flashback: ”I Cried a Tear” by Lavern Baker. In my life, I have cried many tears – That’s kind of a downer, though. Based on this soundtrack, watching the movie on my life will drive the audience to a mass suicide.

Starting a New Relationship (I changed this from “Getting Back Together,” because I don’t condone keeping dysfunctional relationships together): “I’m Gonna Be Alright” by Jennifer Lopez – Okay, so seemingly this new relationship is based on a presumed disaster – again. I have really got to invest in some more optimistic music.

Wedding: “Solitude” by Helen Humes -- What a romantic song for a wedding – an entire song devoted to aging, regret, and being trapped in your solitude. Nice. Clearly that will be a healthy marriage.

Birth of Child: “Home for Sale” by Dwight Yoakam – Well, if I ever got saddled with a human-worm-larvae, you can bet your bottom dollar that I would put my home up for sale and move as far away as possible. Thank the goddess that I am gay and the chances of that accidentally happening are basically zero.

Final Battle: “Pity” by the Creatures – Seemingly my final battle will occur with a subtle island theme. I like the idea of my final battle being so low-key – no harsh themes or screeching synthesizers. They should serve tropical cocktails and everybody should wear festive clothing during my final battle. Just because I am busy triumphing over the forces of evil doesn't mean that other people shouldn't be having a good time.

Death Scene: “Overnight Sensation” by Tina Turner – Well, if I am dying, it might be a bit late to think about being an overnight sensation. Still, I did spend a long time working in the backline. You know it never was right. Then I said, “Girl, get up and get out of this mess.” Now I am an overnight sensation.

Funeral Song: “Runaway” by P!nk – Well, I can’t think of a more extreme way to runaway than being dead. Still, I presume that “Don’t Cry for Me Argentina” will by my actual funeral song. I imagine that all the school children will be let out for the day, banks will close, and the nation will stop to remember the greatness of GayProf. What -- Too vain? 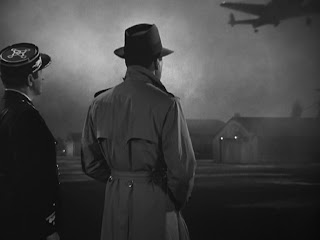 End Credits: “Thursday” by Asobi Seksu – Recommended by that brown-eyed, handsome man Cooper, this feels like a good way to end the film. I imagine that the audience will hear the lines, “since you’ve lost your way, you’ve let our love fall apart” and regret ever losing focus of GayProf. In exiting, they will all pledge themselves to be devoted priests in my cause. Or so I imagine.

Hmm – It seems my itunes is filled with music that's a tad obscure. With this soundtrack, maybe you should just wait for the DVD.
Posted by GayProf at 12:30 PM

Email ThisBlogThis!Share to TwitterShare to FacebookShare to Pinterest
Labels: GayProf Deserves His Own Movie, meme, Music

This is always so interesting.

Although, like you, when I did it for myself, the songs didn't exactly match up.

Have a good weekend gayprof.

I just hope the costuming and set design will be fabulous.

Head like a hole, black as your soul, I'd rather die, than give you control was my wedding song. Really it was. The dance mix, of course.

Couldn't help but wondering what version of Don't Cry for Me Argentina you love. Karen Carpenter did it best in my humble opinion.

VUBOQ is intriged by this meme, but confused by the rules. Do you select "party mix" [or whatever it's called] and the first ten songs are the soundtrack OR do you reshuffle for every song?

I shall wait for your final ruling before attempting this meme.

By the rules passed to me, VUBOQ - random random. Every song. Mine was problematic because it leaned towards mixed discs I was working on - three Christmas tunes came up, including a 45-second segment of Allan Sherman's The 12 Gifts of Christmas for my prom.

as for the overnight sensation, maybe it refers to the news-at-11 30 second spot about your harrowing death. it doesn't state anywhere that you have to be present to enjoy the moment

i may have to try this but i have 2 ipods, maybe i'll try it on one and if i don't like the results, i'll try the second one, like standardized testing

Sadly, as I am antediluvian and do not have an ipod or any other verision of mp3whatits, I cannot participate in the memeage.

The only two musicians on your list I know are Billie and Ella (well JLo and Tina... but they don't count). And since I'm an old fart, I think they're the only ones worth knowing.

Oh, and Patti Lupone is the only person who may sing "Don't Cry for Me Argentina" - ever! I saw her in "Evita" thirty years ago (sweet Jesu, I'm older than dirt) and there were no words to adequately describe her performance - then or now.

"Valley of Gravitas" :) Who will play GayProf in the movie?

Dear sweet Laura Elizabeth my sentiments exactly, were we separated at birth?

I like the fact that you're getting married, though I hope and think it will be a happier marriage than the song indicates.

Oh, and expect periodic royalty checks as I begin to use "human-worm-larvae" in my conversations. I snorted my soda on that one.

I've just installed iStripper, so I can have the sexiest virtual strippers on my taskbar.