It Actually Was a Nice Shirt... 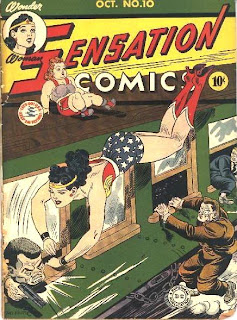 I have returned to Boston with a couple of places that I thought were generally okay in Midwestern Funky Town. Now I feel like a contestant on a game show hosted by Bob Barker (God Rest His Soul (I know he is not technically dead, but he isn’t on t.v. anymore, which is pretty much like being dead in my eyes)). In front of me is a big spinning wheel with slots labeled things like, “Perfect Location,” "In-Suite Laundry," or “Hunky Neighbor.”

“Tell us, GayProf,” ol’ Bob would ask, “Do you want to take the place that generally fits 85 percent of the things that you wanted? Or are you going to gamble and try to search MFT again a few weeks from now? Thirty seconds on the clock!” While I made my decision, the audience would be shouting, “Jump, jump, jump!” Oh, no, wait – That is something else... 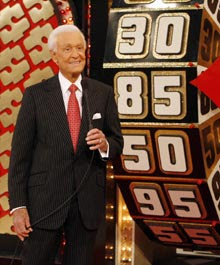 Seriously, though, why would a landlord think that an apartment strewn with bongs and empty liquor bottles would “show well?” This was the same apartment where the leasing agent asked me to peer into the bedrooms where the current occupants were passed out naked in the bed (No, I am not making this up...). Somehow, that did not build confidence in signing a lease right then and there. Besides, that apartment didn't have air conditioning.

Okay, maybe I am uptight. Still, if I am going to be sneaking through a stranger’s bedroom, I would at least like for him to have bought me a drink first.

This brings up a related point about my search for housing. My penis apparently has a manual override switch for all of my brain's higher logic. Some of the least appealing places suddenly gained new charm when being shown by a hunky, hunky man.

“What’s that?” I vaguely remember saying to an erstwhile agent, “All of the neighbors are undergraduates who play in rock bands? Well, that probably isn’t where I am looking to live, but you do have nice eyes. What? I would have to pump my own water from a spigot out back? Maybe that’s why you have such great forearms! Let’s talk about this unit some more.”

I did see many nice and comfortable places as well (sans the naked bodies and shown by much less attractive agents). There are a couple of strong possibilities in my game-show debate.

One thing is clear. While MFT’s rental housing is (IMHO) a bit overpriced, it’s not even close to the craziness that exists in the greater Boston area. For around the same rent that I pay for a studio on the edge of the metro area, I could get something twice the size in MFT. Plus it would have those little “extras,” like interior walls.

Aside from the housing search, I also met some new people (including VUBOQ's aptly named SuperFantastic cousin). Plus, I completed my paperwork for my new job so that I can eventually be paid. There will be many advantages to living in MFT.

So, I returned to Boston thinking about that late last night. Upon entering the T, I discovered that the trains were delayed for “scheduled maintenance.”

I have always been confused about why the T does maintenance during the day. The MBTA shuts down the whole system at an unreasonably early hour in the evening (12:30). I think that I could take almost any hassle from the T if it kept running a few hours later, especially on Friday and Saturday.

See, I don’t make a pile of money as a history professor. Despite what your high-school guidance counselor might have told you, the real money isn’t in researching the past. I, therefore, can’t always afford to take a taxi and have my cocktails made with top-shelf liquor. Let me tell you, by top-shelf, I mean that I want to see the bartender on his tippy-toes. The T isn’t helping my cause by making me fork out money for cabs (not to mention overtly encouraging people to drink and drive by shutting down).

Given that the MBTA isn’t bothering to provide any service mid-evening, shouldn’t that gap be the time when all maintenance work is done? I am not a city-planner, but if they can build highways in the middle of the night, I think that they can fix some underground track as well (where it is going to be dark at 12 noon or 1 am anyway). 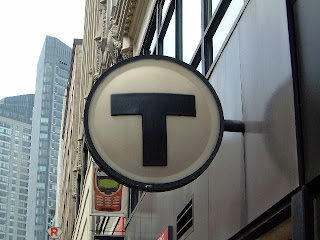 So, as I waited for Godot my train, a not-quite-right woman roamed the platform sipping a Diet Coke. She appeared disoriented, twitchy, and a little paranoid. At first I thought that she was a tourist. Clearly, though, she had been there for sometime because she had memorized the automated safety announcements that periodically play overhead. With each one, she mouthed along the words dutifully. When the announcement about “reporting any suspicious or unattended packages” came up, she eyed my suitcases.

“Those could be suspicious packages,” she said to nobody in particular, “I am not riding the train with him.” Clearly she was crazy. To be able to ride the train with me would mean that the T would actually show up. Nobody in their right mind ever banks on that.

I and my suspect luggage were only a passing thought, though, as a man wearing a brightly colored shirt appeared on the platform. “I like your shirt!” She yelled at him.

“Uh – Thanks,” he responded as he edged closer to the wall, clearly thinking that she might toss him into the tracks.

“Look, lady, I will give you my shirt if you will go home and take your medication,” the man said as the train arrived.

oh dear gayprof, you forget who first settled boston. was it not people who were of a religious bent who frowned upon things like late nights, partying and other such modern amenities. this puritan ethic has stuck and therefore everything ends at midnight and the sidewalks roll up until the next day when they're again laid out and closed for repairs.

it's like saskatoon, formerly a temperance colony. it's only been in the past 30 years that selling beer in offsale from bars on the east side of the river (where the original colony was) became legal.

don't worry, there will be plenty of crazy people in MFT.

That's a funny retort the man had. Somehow, I think you'll find a few crazies in the midwest too.

Welcome back! Let's do something this weekend.. You didn't miss much with Pride... ugh.

Some of the least appealing places suddenly gained new charm when being shown by a hunky, hunky man.

LOL! I hear ya, GayProf. I think we're all a little shallow when it comes to ridiculously attractive men. And I agree with everyone; crazy people are everywhere. We have them in the South, too. Surprise. Surprise.

Fortunately, there are no crazy people in the DC/Metro area ... well, except for the politicians and they're all going home for summer recess soon! YAY!

which means they will be replaced by crazy tourists. AUGH!

I hope you find a great place in MFT soon :-)

The difficult thing about MFT is figuring out which street people are the crazy ones and which ones are the local icons (Shaky Jake, fer instance.) I think there's a field guide for identification that you can pick up at the Chamber of Commerce.

My apartment advice would be that in MFT, a bird in the hand is worth more than two in the bush. Just sayin'.

Bob Barker has been dead in my eyes for decades.

You must pick the most desirable place to live and import your Hunky Hunky Man from wherever they store them out there. (I had to send all the way to Montana for mine.)
I had to laugh at dykewife's comment about rolling up the sidewalks. I lived in Los Alamos, where the hot pick up spot was the grocery store, which closed at 9pm. They were so excited when the new Subway "restaurant" was going to stay open until 11...

Looking for a place is the absolute worst. Hate it. And it's all about whether or not you'll be "picked" out of the line.

I revert back to sixth grade kickball, when I was always the last chosen.


You will find a great place; hopefully with great plumbing, quiet neighbors, and a hunky handyman.

Oh, Bob Barker's still on the air through Friday. I know this because I plan to watch. ah, well.
Apropos of nothing, thought you'd find this post for June 6 and the links that spring from it interesting/ mildly encouraging? or not. http://blogs.timesunion.com/casey/?p=148

An apartment that comes with its own bongs and a lady who is very pro-freedom of speech are two examples of what makes America great.

from Marius: "And I agree with everyone; crazy people are everywhere. We have them in the South, too. Surprise. Surprise."

DykeWife: Well, except that people do keep drinking in Boston past 12:30 am. This means that the T is blindly ignoring that it is no longer 1650 and prompting people to drink and drive.

Jason: I am free this weekend -- Sounds cool.

Marius: In the South, aren't they called "eccentric?"

VUBOQ: I don't imagine politicians as "crazy" as much as I think that they are "creepy." A slight difference, but an important one.

Alan: It's true, humanities professors are a bit odd. Being socially awkward is a prerequisite for the job.

Earl: Is that because you don't believe is spaying or neutering your pets?

Pacalaga: I did not know that you had a Los Alamos connection. What secret lab work did you and/or your family members conduct?

I have a historical anecdote about Los Alamos which I will share sometime (when I am running out of things to say on the blog).

Rebekah: I hate the whole process of searching/applying/depositing for new places to live. Until I have my stuff crammed inside, I always feel leery that something will go wrong. What? I couldn't tell you.

ROG: Technically on the air, but done with taping. That means he is the walking dead.

Academama: Baptists are "zealots," which I suppose could be construed as a form of crazy.

Oh, the mother ship! I miss Boston, too. At least I'm getting out of the south, though. (Wait, did I actually type that??)

Ah yes, when I think of nice forearms, I think of Gene Kelley in Singing in the Rain.

But, I digress. Here's the rule of apartment hunting in a town that has limited mass transit. Find a place close to the bar.

thanks for that - I laughed and laughed - particularly how your "distraction" with your hunky estate agent led you to dire location after dire location. Good luck on that; try to find an house built by an eccentric, there always seems to be at least one in each MFT.