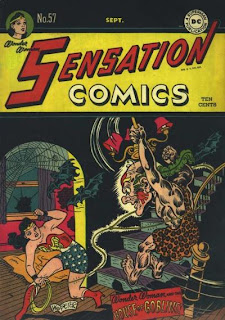 Blogs are aflutter with news that Karl Rove will resign effective August 31. Rove has been credited as the political puppet master behind the Bush administration. I, though, tend to think of him as a talking political toilet.

At some point in his young life, Rove came to the realization that he was just too damn nasty looking to ever try to run for public office himself. As a result, he decided to be the creepy guy behind the scenes.

We all might remember some of Rove’s handiwork: using homophobia to mobilize poor whites to vote against their own interests in 2000 and 2004; being a major stock holder in Enron; accusing “Liberals” of wanting to offer “therapy” to the attackers in 9/11; accusing Ann Richards of only hiring lesbians (What’s wrong with that???); and, of course, reducing every issue from any intellectual debate down to a cult of personality around Bushie. After all of that, Rove will soon be moving back to Texas. Thank the goddess that I am no longer there. 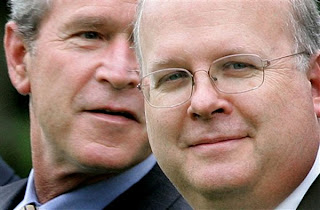 Rove told reporters that he is leaving the White House to “spend more time” with his family. We all know, though, that answer is just political jargon. The real reason for Rove’s departure is probably one of the following:

*Has secretly joined a traveling freak show circus under the stage name, “Repulsey, the Ugliest Human to Ever Walk the Planet.”

*Needed to meet with administration officials at Southern Methodist University to ensure that the new George Bush Library would only stock the finest of Crayola© crayons.

*Realized that a lot of his hateful behavior resulted from feelings of inadequacy about never obtaining a college degree.

*Rove wanted to be the first Bush administration official to flee the country and take up residence in Paraguay to avoid prosecution. After all, he didn't want all the best lands to be taken.

*Needed to clear his schedule to make more time for his afternoon spanking by Condi Rice. 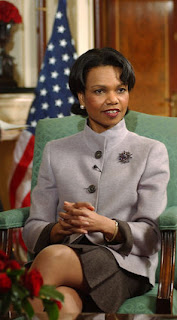 *Thought that it would be useful to tour the country and find out just how much gay people really hate him.

*Plans to take $750,000 and hide in a hole in the cellar of a farmhouse to avoid capture by U.S. authorities.

*He was just a step away from the EPA declaring his office and personal space toxic and potentially carcinogenic zones.

*He had tickets for the opening night of Springtime for Hitler.

*Needed to get out of Washington, DC before Dick Cheney shot him in the face.

*Realized that raping the nation just wasn’t as much fun the twentieth time around.

*Was recently recalled by Mattel because it turns out that he was made with defective parts in a China sweatshop.

*Was visited in the middle of the night by three ghosts: The ghost of CIA-Leak past, the ghost of Iraq present, and the ghost of prison future.

*Heard a rumor that Washington, D.C. was going to be out of lard and couldn’t imagine eating anything not slathered in it.

*Needed more time for his hobby of collecting Nazi memorabilia. 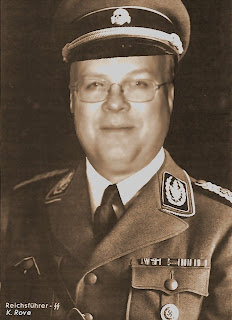 *It turned out that he was really just as dumb as George W. Bush after all.

*Had already arranged with the devil to turn the U.S. South into hell, which explains the current temperatures in that part of the nation.

*He discovered that Bridget McCain, John McCain’s adopted daughter from Bangladesh, is now strong enough to kick his ass.

*After so many hours in daylight, he needed to return to his secret lair where he can feed for the next hundred years.

*Mary Cheney filled a paternity suit against him and claims that he fathered her baby.

*Figures he is a shoo-in for the role of supervillian Chang Tzu in the upcoming Wonder Woman movie. 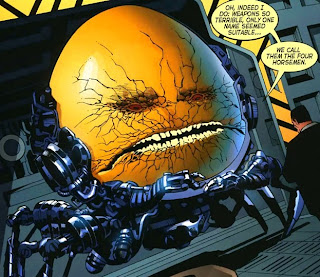 *Saw his reflection in the mirror and realized that not even he could stomach looking at himself.

*Realized he had no reflection at all.

*His family held an intervention in which they told him that the world would be a much better place if he locked himself in a 8' by 8' room and never spoke or talked to anybody ever again.

*Didn’t want people to know that the magical spell that made him appear [almost] human would wear off at midnight September 1, thus changing him back into a Visayan warty pig. 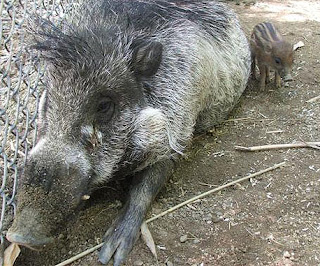 *Heard that Texas wasn’t executing nearly enough people and decided that he would take charge himself.

*Wanted to come up with new ways that he could make his son (now a student at Trinity University in San Antonio, Texas) feel ashamed of his paternity.

*He needs to skip town before Congress finally grows a set and forces him to testify about his many misdeeds.

Email ThisBlogThis!Share to TwitterShare to FacebookShare to Pinterest
Labels: Bushie, It's beauty that captures your attention; it's GayProf who captures your heart, Karl Rove is Disgusting, politics, The Empire in Decline

That picture of Rove with Bush in the background made me throw up a little in my mouth.

The warty hog baby on the other hand is actually pretty cute.

Heh... Anyone who can make a Rancor joke about Karl Rove is my kinda blogger.

Can't be a Visayan warty hog. I refuse to believe that Turdblossom was that cute as a baby.

(Am I the only one that expects Karl to surface again in the Romney campaign??)

Something tells me Rove's departure involves leaving before something nasty hits a fan.

but that's just me.

Laughed out loud when I realized you were right about Rove being a shoo-in for the role of Chang Tzu.

There's no need to single out gays for hating him. Plenty of straight people hate him, including a lot of conservatives.

I'd like to offer up my own reason:
Wanted to feast on as many dead babies as possible before his SCOTUS cronies dry up his supply.

I had no idea Rove had a son. You mean someone married it and its gene pool has expanded? The horror.

You're a regular stand up comedian. You're probably cute when you're mad too.

I didn't know about tha Nazi memorabilia. Too perfect.

How fitting that he is returning to the state that you despise so much! Thanks for the humor, too.

His family held an intervention in which they told him that the world would be a much better place if he locked himself in a 8' by 8' room and never spoke or talked to anybody ever again.

LOL. I wish his family would do that. Also, I'm a little surprised that he would allow his son to live in a city like San Antonio. The kid may end up marrying a MECHA girl. And I'm sure that would be devastating to the Rove family.

where do you find these absolutely brilliant photos that somehow capture the repulsiveness of each character? or is it impossible to find any image of them to the contrary?

and i loved your synopsis of the democratic candidates--hilarious and spot on.

Rebekah: Any picture of Rove makes my skin crawl. It might be mean, but that is one homely dude.

Goblinbox: Apparently Condi's spankings are the best if Rove is willing to devote the rest of his afternoons to them.

Alan: I have not even begun to dig into the depths of my obscure Star Wars allusions.

Jaclyn: You know, I felt bad about using the Warty pig like that. I couldn't find an animal that was as truly ugly as Rove.

Gordon: Well, that fan is already pretty clogged with scat. What more could be heading our way?

Greg: Rove is actually worse than anything produced in the DC universe.

Antonio: Oh, I have no doubt that many heteros hate Rove. I just think that the gays have a special loathing given how much he used others' hatred of us for his short-sighted political gains.

**shudder** crawling into corner and collapsing into fetal position

SfraJett: Everybody needs a hobby -- Even the evil.

Marius: Actually, I was surprised that he sent him to Trinity. I would have guessed A&M or Texas Tech. Still, I imagine the son probably thinks a lot like the father.

Adjunct Whore: I think Rove leaks his inner nastiness. The camera will always pick that up.

Marlan said...
This comment has been removed by the author.
7:25 PM

how long did it take for you to come up with that highly imaginative list? my heavens!

he does have the look of someone who was bullied in his childhood and so now bullies others.

The fan WILL still be hit. Leaving Dodge won't help. Thanks for writing this, so I didn't have to think about it/him any further.

If idle hands are the devil's workshop, Satan's spawn will be plenty busy during retirement.

I'm not at all sure this is a good thing. Now no one will know what he is doing until it's far too late.

I agree with Atari.At least being at the White House kept him in plain sight. Now, not so much...
Having been tutored at the feet of Lee Atwater who picked up on the popularity of George Wallace, the Southern strategy continues. Let's hope the American people are smart enough to see that you can only go to that well so many times.

See, this is why I avoid US politics; because it is one of the few countries not using the phrase "Jauta" where someone who might normally go to a human rights trail ends up making six or seven figure incomes doing something else openly corrupt, illegal and/or so wrong 99.9% of people stand in agast. Usually this involves being on the board of a coporation which does thinks like subcontracts the beatings for prisoners at Gitmo....or doing speaking tours....somewhere...maybe at Falwell's college.

probably trail should read "trial" but if they every make a "human rights trail" where public people who are mean and nasty and hurt others have to do long hikes up and down mountain sides...let me know. No, those celeb diet reality shows don't count.

Apropos of Texas, please look at the last photo in my blogpost today.

I used to see Rove sometimes at National Airport. You knew he was coming because the room would go dark, the air would chill, and small animals would start to whimper.