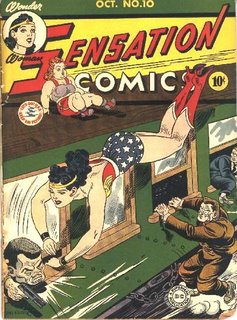 Yesterday, I returned from my on-campus interview (thanks to all who sent good wishes!). I am proud to report that I needed no Xanax to make it through the interviews.

When I left, I hoped that the interview would provide me with a clear-cut better option than my life here. Sadly, easy solutions simply never exist.

Much about the university seemed positive. The department had an extremely collegial atmosphere. They seemed to respond to my research and presentation. The department has a fairly young and energetic faculty. Despite their heavy teaching-load, they also remain fairly productive. Also, my current research record would allow me to apply for tenure fairly shortly as their expectations are much more modest than my current position. Of course, the job is also not located in Texas, a major selling point in itself.

Things about the job made me cautious, though. Clearly the university gave preference to teaching over research. While I like teaching, my major interest has always been research (even if I am not that great at it). The teaching load would add an additional class each semester compared to my current job. Right now, I feel I am barely able to juggle all of these things with my current teaching load, and I don’t want to sacrifice my research.

I had also hoped for a university free of the racism, sexism, and homophobia that plagues my current institution. Certainly, that university had a much friendly environment (which isn't hard to acheive). Then again, when I stopped for a pee in the Student Union, I noticed that some angry student had etched “Kill All Beaners” on the wall above the urinal. A minor piece of graffiti, but it didn’t make me feel particularly welcome.

When I met with the director of Chicano Programs, she told a story typical to almost all universities. Administrators starved Chicano Programs from funding, but hope existed for change in the near future. She laid out the difficulties that Latino students face on campus, despite their being almost 40 percent of the student body. These things should not surprise me (Eden does not exist). Perhaps I wanted a rosier picture than is possible at any university.

My interview also had moments that just seemed simply weird. Given I am “out” in my job applications, the university arranged for me to meet with other queer faculty. This is actually a nice gesture on their part. It just turned out that their choice of people needed to think a bit more about her role in the hiring process.

Since no queer faculty currently works in the history department, they sent me to meet with a lesbian from another department. Clearly, she intended to be positive, so I don’t want to slam her at all. Yet, what she offered as a potential for a gay, single man in that small town seemed poorly thought out as a selling-point.

“If you don’t have a partner,” she offered, “I know that the first-floor men’s room in the library is a major cruising zone. It’s supposed to be easy to hookup there.” I don’t judge those who find these avenues rewarding (though I am very, very concerned about their health and safety), but the tearoom trade has never been my thing. It also strikes me as an odd image to put forward for a potential gay candidate without knowing anything about him.

The pay scale presents another major issue. Though some negotiating would occur if they offered me a job, that university’s pay-scale is radically lower than my current salary (without a significantly lower cost of living).

So, I end up being more ambivalent about the job than I anticipated. If they don’t make me an offer, I don’t predict I will be totally upset. If they do make an offer, I will have to do much thinking. Weighing the pluses and minuses would be tricky.
Posted by GayProf at 1:37 PM

I cannot believe that she offered up advice on where to cruise for men. That is so unprofessional not to mention kind of insulting. Were you wearing a sign that said "Slut" accross your face?

Teaching load sounds like a real bummer. That would certainly cut into your ability to write and publish. Yuck. Would you have grad students at least to help out?

All in all sounds pretty tepid. Glad it went well though!

I can't believe that either! That is sooooo disgusting! That lesbian needs to work on her social skills.

I really love your blog GayProf. I read it every day now. Keep us posted on what happens!

Thanks, Knute123! That is really nice of you.

I love all my Amazon Sisters who stop by my littly bloggy.