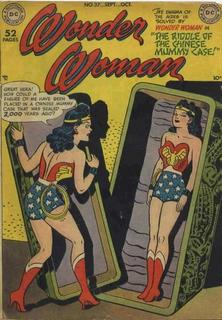 Now is the time for all queer folk to be out of the closet. Right-wing officials want desperately to end our civil rights. Democrats have become entirely useless. The only hope we have is to show that we are a force with numbers too big to ignore.

To that end, I have composed an “Out Wishlist.” Okay, so it is not the most original content for a blog. Still, it is a good distraction from the wicked storm that seems to be heading my way. It is an even better distraction from writing the paper I am presenting at next week’s academic conference.

Rumors circulate around these famous folk, but they have played coy. If they have queer tendencies, they need to be out about these things. If not, be frank with us. We can take it. Ambiguity, either way, only reenforces the status quo. Nobody shows their cleverness keeping their sexuality a mystery (queer or hetero) – you are just playing childish mind games.

I also don’t want whining about how hard it is or how it will ruin their careers if they do identify as queer. If seventeen-year-old students can find a way to be out at Mississippi High Schools, I think these cats can stand a little publicity. 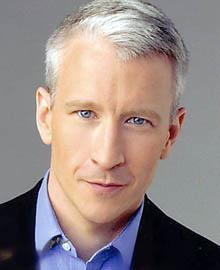 Cooper’s bedroom eyes have fascinated CNN’s viewers for the past couple of years. His popularity recently soared with his New Orleans reporting. Not only did he ask politicians some tough questions, he melted our hearts with candid moments of playing with stray dogs. Even I, dear readers, found myself daydreaming about him running his hand through his silvery strands.

Think of the good he could do if he revealed that his keen reporting skills derive, in part, from his queer identity. Think it hasn’t influenced him? In this nation, one’s sexual practices inform a tremendous amount about your identity. His decision to provide obfuscating answers about his desires only confirms that importance.

Like many semi-closeted celebrities, hints about Cooper’s sexuality occasionally emerge (this is hardly the first blog to make this suggestion). Stories of him partying with Scissor Sisters raised eyebrows. Reporters, likewise, have constantly inquired Cooper about his sexuality. I even met someone from CNN who intimated direct knowledge of Cooper’s man-loving ways.

Cooper’s response remains empty, though. He doesn’t want to talk about his private life; he wants to remain “objective,” blah, blah, blah. ¡Ya Basta!

Cute though you may be, Mr. Cooper, you have a responsibility to your sisters. The only person you help by obscuring your sexuality is you. If your career can withstand hosting The Mole, you will be golden out of the closet. 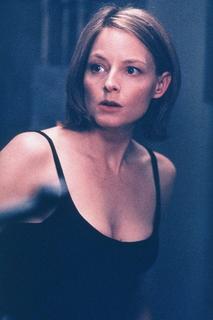 How much longer are we going to wait for an answer from Foster? We have sat around watching her raise two children by (literally) nameless fathers. There have been the stories of her constant female companion, Cydney Bernard, moving into her house. Foster, people suggest, has more than toys in her closet.

She is one of those insufferable celebrities who everybody supposedly knows is queer. Except we don’t know, because she never said it. As long as she is silent, right-wing folk give her the “benefit of the doubt,” leaving other queer folk out in the cold

What does she fear? Does she really think she will no longer be cast in roles as a single, white quasi-feminist? 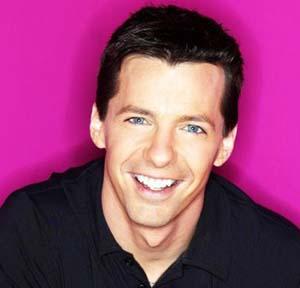 If Hayes has queer tendencies, his closetedness makes him a major loser. He is pathetic to have his straight co-star become a better advocate for queer issues than he. Not to mention, he is making millions of dollars playing some of the worst gay stereotypes. The message here seems to be that gay men can be clowns for tv, but queer actors are best left unknown.

Hayes has claimed that identifying his sexuality would harm his ability to portray characters as an actor. So, he thinks the audience would find his gay version of Stepin Fetchit less believable if they knew he was actually queer? Or is he worried that gay people will find out that a non-queer person has been making fun of us all this time?

Take some lessons from Eric McCormick and grow a set, Sean. 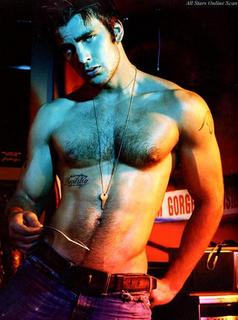 Okay, so there is zero evidence and absolutely no rumors that Chris Evans is a man-loving-man. I am not looking to start any rumors, either.

It sure would make my day, though, if he decided to come out. He is super-dreamy. I sat through Fantastic Four twice (which is saying something about my low, low standards) just to watch him.

What? Not every desire for outness has to be politically motivated or based in reality. 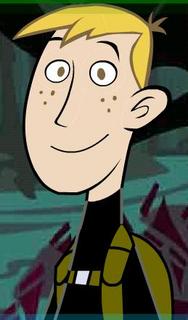 Best friend to Disney’s Kim Possible, Ron’s sexual preference seems obvious to all of his friends. Sure, he claims to want to date women. Yet, those efforts always seem to fail mysteriously.

Ron is just a teenager, and a cartoon, so I am willing to hold him to a different sandard than Cooper or Foster.

Let’s face facts, though, Ron. Your best friend, Kim, loves you, but not in that way. On separate occasions, you expressed interest in becoming a cheerleader, became obsessed with your hair, and showed your propensity for culinary skills. One doesn’t have to be Freud to question your obsession with your “naked mole.”

Think of the good you would do for yourself, Ron, by coming out. Surely Kim would be supportive. 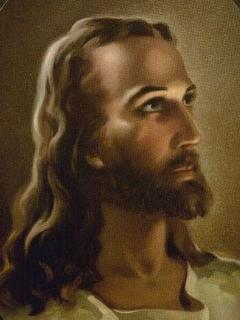 Here is someone who spent a good amount of time splashing around the water with John the Baptist. He also tended to hang out on the fringe of society, not feeling comfortable with the mainstream scene. His instant wine trick made him a hit at parties. Not to mention Jesus clearly seemed to prefer the company of twelve men over women.

Still, despite his obvious desires, he remains moot about debates on sexuality. He even lets others put words into his mouth rather than defend queer people.

Jesus, it has been more than two thousand years. Come out of the closet already! I know you are worried about what your father will think because of his whole Leviticus thing. You are probably also worried that your Southern Baptist friends won’t talk to you any more if you come out. But really, Jesus, they aren’t your friends if they can’t accept you for who you are: a big, flaming gay man.
Posted by GayProf at 1:08 PM

My GOD! The snacky Anderson Cooper, Wonder Woman and that picture of a sweaty Chris Evans that nearly made me pop my cork right here at work... all in ONE post! Count me in as a permanent new fan, gayprof...

It's interesting to see an outside perspective on Anderson. Outside New York, I mean. Because here, he is not just "out"...he is O.U.T. He's at the clubs dancing with his shirt off, he's drinkin' cosmos, he's flirting and giving my friends his number...the boy is gayer than Liberace in a flower shop. (Further proof that y'all got most of the good ones.)

Ah, but there is the problem. We all know, except he won’t say it, which matters.

On a completely non-stalking note, which clubs did you say these were?

FABULOUS - another new fan that has just blogrolled you! Must confess that Wonder Woman drew me in....

All hail my Amazon sisters...

Dude, all my favorite Nick/Disney shows are all practically canceled.
Kim Possible, Danny Phantom, Rocket Power, As Told By Ginger ( that was a really good one too).
I miss them all, but I never felt Ron Stoppable was/could be gay. Humm....my gaydar is broken again.