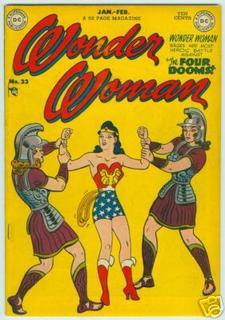 Storms are brewing amongst the lefty folk here. Although at the micro-level, these problems are the same things that keep the left from moving forward nationally.

In an event too complicated to explain now, the president of our faculty/staff GLBT organization responded to the harassment of a transsexual individual in the community. At the same time, unknown to the GLBT organization, the leader of a feminist advocacy group also responded to the same event. In my book, double the effort, double the results. Both ultimately wanted an end to the harassment and institutional change. Therefore, both should have been pleased that they were, unknowingly, working for the same goals.

They don’t see it that way. Now the left is squabbling about bizarre territorial notions.

From hearsay, it seems the feminist leader felt the GLBT organization arrived too late (we were not informed of these events until days later). Further, the feminist leader feels that the GLBT group made a mistake bringing in national organizations (the president of our local group has connections with the various GLBT legal defense groups). On the flip side, the leaders of the GLBT group feel that the feminist advocate had been ineffective. Moreover, some are now thinking that she withheld information from GLBT group, or at least made little effort to communicate. Both groups think the other acted unilaterally.

What does the left do when faced with such disagreements? We have formed a committee to think about these issues. Committees always produce results, right?

This is why the left keeps failing. We vacillate between indulging our own supreme egos and making sure everyone else’s feelings aren’t hurt. You can already feel people taking sides and feeling tense. To be frank, both the feminist advocate and the GLBT group made mistakes. This is not a radical realization. Neither side even thought about coordinating with the other. We should add that to our list of “experience learned” and move forward. In the past, the feminist advocate has been an outstanding friend to the GLBT folk. Likewise, the GLBT community has an obvious investment in ensuring the success of feminist groups on campus. Rather than acknowledge these things, the left is splitting along emoitional and personal lines. Our shared goals are going to be lost if we get bogged down in snipping at each other.

People on the right don’t have these problems. Regardless of internal squabbles, the right remains united in their hatred of us (feminists, queer folk, those who think).

But, apparently, the left needs a committee report to confirm that.
Posted by GayProf at 11:30 AM