Speaking with One Voice 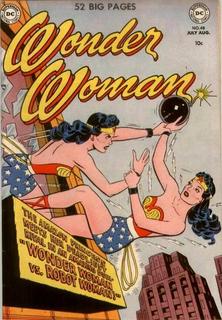 Being one of the few out gay men in a small Texan community gives me the extra benefit of being asked to speak for all queer people everywhere. You might ask, how is that possible? Surely people in 2005 realize that the “gay community” is really an amorphous social construction that includes immeasurable geographic, economic, racial, political, and gender diversity. Nope – not in Texas. You talk to one queer, you talk to them all.

Yesterday a colleague of mine, who we will call Prof. JuniorTexan, stopped me in the hallway. He had been following the indictment of Tom DeLay (who, I hope, will soon be in jail). Stories about one of DeLay’s potential replacements, Richard Drier, piqued Prof. JuniorTexan’s interest. He asked, “What does the gay community think about this?”

It had been much too long since I plugged into the gay psychic radio that keeps all us queer folk united (aside: only true WW fans will fully understand this reference). Still, I didn’t want to disappoint Prof. JuniorTexan. He seemed earnest in his interest. I noted that Drier was as evil as DeLay and had long been an enemy of GLBT issues. “Nooo,” he stopped me, “What about the outing of him? Aren’t you all opposed to that?”

Why would “we” be opposed to pointing out Drier’s hypocrisy? “Isn’t it a private issue?” He offered, “Couldn’t it ruin his career?”

I know I live in Texas, which predisposes people to a certain amount of problems. I am not looking to pick on Prof. JuniorTexan, either. After all, in his own way, he considers himself quite liberal. I also have a suspicion that these types of conversations occur across this red nation of ours.

“Hey, only-out-gay-person-I-have-ever-met,” they all must surely start, “Tell me, what do all you Friends-of-Dorothy types think about the truth being told about someone’s sexuality?”

At first his question seemed naïve, but on further thinking, I realized that “outness” is still a far from settled topic. Sure, someone like Drier seems like an easy case. He is queer, but hates queer people. The best way to stop him is to show his monstrous betrayal of other queer folk.

Other folk, though, we still let off the hook. Our policy seems to be, if they aren’t actively hurting us, we should let them come out on their own time. This is a mistake, I think. If you are queer, and you have a public venue, I think you have a responsibility to be out. It can’t just be a policy for the right-wing nuts. The lefties also have to be out, as well.

So, I started to explain this to Prof. JuniorTexan. I mentioned the example of Anderson Cooper, not at all because I am obsessed with his dreamy blue eyes.

“Anderson Copper is gay?!” Prof. JuniorTexan exclaimed. “How is that possible?”

My point made itself, even if it was lost on JuniorTex.
Posted by GayProf at 4:45 PM