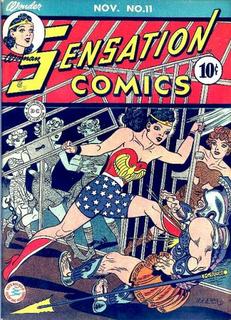 What type of message does it send when the chief officer in charge of institutional diversity (let’s call him COID) leaves the university after less than two years? I am not saying that he hates this university, but he does not seem to be shedding many tears about finding a new job.

Why would he want to go? Maybe if I think about his short tenure here, something will come to me... Let’s see:

His first week on campus, students in the ultra-right wing Young Conservatives of Texas (YCT) held an “affirmative action” bake sale. For those who don’t know, these silly things are supposed to show the alleged injustice that white men suffer under affirmative action policies. To make their point, they charge white men more for their stale baked goods than women or people of color. So, you see, COID should have felt immediately welcome.

Then there were the explicitly racist, quasi-threatening e-mails he received. Anonymous (read cowardly) people used the information superhighway to inform COID that diversity was not welcome at this university. Maybe COID did not realize that part of his employment involved enduring the unending hate of the local community. I am sure it was in his job description somewhere.

Or maybe it was just events in the past week alone. Let’s see: the arrest of a transgendered individual for no reason; a letter in the student paper defending the “Minutemen” border vigilantes; the assault of an international graduate student and the assault of the family of an international graduate student. I can’t be sure, but maybe he thought these things suggested a hostile environment.

I know many people will give the usual speech about him "giving up the fight, blah, blah, blah." Let's face it, though, it is really like he is being let out of jail. We would all take the chance.

People of the left: SEND HELP! Our red state is only becoming more red.
Posted by GayProf at 6:48 PM

Im surprised to read all that stuff about racism on your campus. It amazes me how different it is here. Not like Missouri is liberal or anything. I dont know how you can deal with all that on your campus. That would really make me nervous.

Texas has many scary people in it. They are not the majority, but they make their impact on the atmosphere here. Most others are simply apathetic...