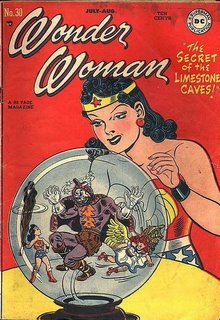 Many reasons prompt me to think about going on the job market again. My burning hatred of Texas has been high on the list recently. Harsh? Let me remind you which god-forsaken-state that Bushie trashed before he trashed the federal government. Plus, Texas’ current governor, Rick Perry, has suggested that gays find other states to call home because they aren’t welcome here. Consider me a potential Perry-evacuee.

Shaun had been a major reason to stay here. Given this university offered the highly unusual option of academic jobs for both of us, it made staying here more important. So, even with the obvious hostility of my colleagues, I still felt lucky that Shaun and I could build a life together. Shaun breaking off the relationship, though, means all those dreams have fallen flat. I, therefore, have few reasons to remain in Texas.

Shaun’s leaving also raises the unpleasant specter of trying to be a single gay man in this small town. Once my heartache is over (which I am just assuming as a theoretical possibility at this point, btw), I am pretty sure that I won’t want to live life in a solitary void. I love the idea of donning a wimple and black habit, but creating a gay-convent-for-one does not appeal to me. I am not judging (much), but many of the single men who have been here for more than ten years don’t foretell a happy future. The gay pool is simply too shallow to hope to find somebody swimming in town.

"Wait, Gay Prof," you are likely shouting out, "It is too early to be thinking about these issues. You need to heal. We love and worship you, GayProf." Alright, maybe you're not saying that last bit.

You are right, though, it is too early to be thinking about these issues. Believe me, the last thing I am really thinking about is life without Shaun. The problem is, though, that all academic jobs advertise and interview at the exact same time across the nation (starting November through February). So, even though I am wheeling from the impending breakup, I have to decide now if I am going on the market. Practicality verses emotion can be a tough battle for me. Predicting my future has never been my best ability (for instance: failed marriage).

The idea, though, of searching for a new job fills me with grim visions. It is, once again, a reminder of the reality of my ending relationship.

Moreover, my chances of ending up someplace better may not be great. Even if I enter the market (which also puts at risk my current job), there are few guarantees that I could even get another interview, much less a job. For every job posting for general U.S. History, there could be literally hundreds of applications. That number increases if it is a cool university or in a cool city (you may have noticed that the founders of many of the nation’s universities selected backwoods locations for their institutions).

Truth be told, though, despite all my complaining, I also have a pretty good gig in Texas. As I mentioned before, my job doesn’t involve a lot of heavy lifting. For an academic position, it is centered more on research (which I prefer) than teaching (which I like, but not as much as research). I also have a kick-ass office. Seriously, it is a corner office with two windows and as nice a view as possible. I mean, you still have to look at Texas, but it is pretty good.

Few outside the academic world realize how scarce academic jobs like this can be. There are many, many more historians in this country than jobs. Let’s face it, we don’t have the most marketable job skills. After all, when was the last time you said, “If only we knew a historian, all our problems would be solved?” Star Trek, in another example, never had an Emergency Holographic Historian.

So, it is a buyer’s market for historians. I wonder what other people do with their careers.
Posted by GayProf at 11:12 PM

A big change is probably just what you need right now. A fresh outlook from a new perspective can work wonders!

Yeah, I'm no good at predicting the future, either, as my blog for today (and lotys of other days) would attest.

Ugh I know what you are going through. My partner is a professor here in Dallas and the year he went on the market was hell. Its a giant cattle call for everyone in his field and there are way more applicants than there are jobs and everyone is clamoring for the tenure track positions in the best cities. The only way to land one of those jobs is to have come from a top ten graduate program with some publications in your belt or a superstar in the filed already. Its a nightmare.

This is a suggestion. I dont know how many days a week you teach but have you considered moving to Austin? You could concievably do that and I am sure that there might be other faculty at your university that do that as well. If you consider it you have the weigh the prospect of going on the job market versus a 5 hour a day total commute to work. Plus there is the added advantage of networking with other faculty from UT and perhaps getting an in on a position there. Just a thought.

Good luck with the search, GayProf. (And by the way, sorry to hear about the same-sex marriage ban in Texas. The recorded phone message scheme you wrote about a couple of weeks ago actually made it into the local papers here).

Here's some useful info on job search find
which you might be looking for. The url is: http://www.jaldisearch.com/