Men in Funny Hats and Dresses 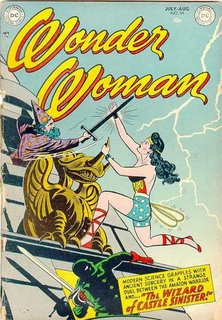 Some nights ago, I zoned out in front of dreamy Anderson Cooper’s news program. As one of his minions reported on the Catholic Church’s recent attempt to expunge gay men from seminaries, I began to think of my own relationship with “the” church.

Having been raised Catholic, I have plenty of complaints about the Catholic Church. One could never know when the priest would suddenly start screeching about sexuality. What you could count on was that, when he finished, you needed to say 250 rosaries. That could take forever.

My parents both had tremendous devotion to the Church, eventually becoming mayordomos for their parish. Even as a child, however, I tended to be suspicious about the Catholic Church’s rigid structures. Catechism teachers, for instance, required us to learn the names of each piece of the priests and nuns’ outfits. Even at that young age, I thought that heaven would not possibly refuse admittance to people because they couldn’t distinguish wimples. Then again, I don’t have evidence that it doesn’t. 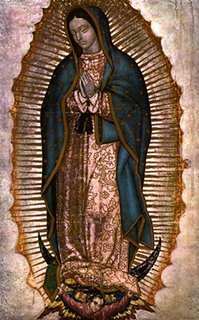 Historically, Catholicism most often encouraged blind reverence and fear of authority. Priests and Bishops demanded obedience, often thwarting social change. In terms of sex, the Church created generations of men and women dominated by shame, guilt, inhibitions, and a lack of self-esteem.

Back in the day, though, the Catholic Church had some consistency. They hated all sexuality. According to these men-in-dresses, all sex resulted in burning torment in hell whether it was gay, straight, or single-handed. Sure, the priests made some distinctions of degree. For instance, they really, really hated birth control. Yet, they also hated fertility research, which they argued was as “unnatural” as birth control. Nor did they encourage people to have a zillion children. Rather, they (unrealistically) told everybody, married or single, not to have any sex whatsoever. More children, after all, delayed the second coming. The current Catholic Church, however, has become increasingly hateful as they now specifically target gay men and women as the ultimate threats to civilization as we know it.

Discussions about Catholics’ obligation to fight for Social Justice, in contrast, seem long forgotten. The current pope even persecuted Liberation Theologians in Latin America before he put on the miter. 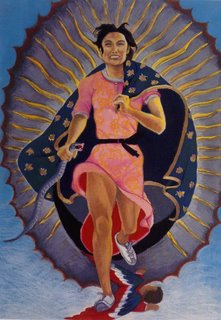 Organized religion appeals to people because it provides a purpose for living and explanations about dying. It is not hard to understand, therefore, why people would be hesitant to let go of their religious institutions. These meta-discussions prove too complex for me to grasp. After all, I am equally suspicious of claims that humans have figured out everything about the universe through scientific reasoning.

What I also can’t ignore is that much of my sense of morality and understanding of the world also resulted from childhood Catholic teachings. I have already noted that the saints occasionally come to my aid when in trouble. When we weren’t learning about the priests’ wardrobe changes, our catechism class also emphasized a connection and obligation between all people. Certainly these ideas created my nascent understanding of our common humanity.

Cosmic balance and justice seem to be ideas that flow through many religious systems. You would be amazed at how easily Catholic training can be translated to ideas about karma. The expression “If you sow tears, you will reap sadness,” works for both Catholicism and Buddhism, for instance. Religious symbols also can be powerful allies in efforts for community mobilization. It was not an accident that the UFW marched under Our Lady of Guadalupe when they sought fair and safe working conditions. The image of a Virgin who kicks ass for social justice appeals to me. 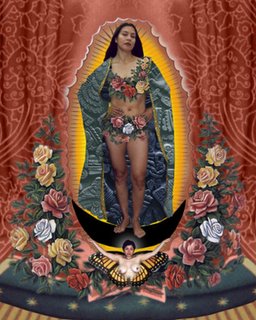 All of our religious backgrounds need acknowledgment, even if we no longer find them valuable for our day-to-day life. If we now identify as secular, we also can’t allow institutions like the Catholic Church to continue to claim authority over all of our histories and symbols of morality. After all, many of our ideas about justice developed from those earlier teachings.
Posted by GayProf at 7:31 PM

I think I must have encountered some of the fringe cathechists in my relationship with Catholicism. I distinctly remember in second grade religious education our cathechist, who was also a preist at our church in New York, telling us that sex was not a sin.

My experiences with catholicism were much different though. I relished in the orderlieness of it all.

I love that running shoes Virgen. I remember seeing that in Chicago at the Mexican Arts Museum. It was just dynamite.
I tend to like the smells and bells of Catholicism (a bit more mysterious then Protestantist rectitude) but it's all a crap shoot when it comes down to it. I tend to take what I can find -- sort of glean the wisdom from the pile.

Adam: Wow – Your priest sounds quite progressive. I may have been less suspicious of a more honest guy.

Dan: Thanks for the note. I have a side interest in reinterpretations of the Virgin of Guadalupe.

Hm.. I'm going to have to agree with Dan here that I found comfort in some of the rote drills of Catholicism growing up and found it reassuring. It was funny to me after being absent from the church for so long, when attending a funeral, how easily the refrains and words came to me. I think the Church is very wise and has spent many years in learning the benefits of properly indoctrinating us early.

That said, while very ambivalent about the usefulness of the Church for my own purposes, I do find it has merit for some people besides your very valid points. Namely, it serves as a moral compass for some who may not otherwise be so oriented, and is a great emotional crutch for many in times of despair... too bad it comes with the side-effects of periods of repression and hate-mongering too.. but I guess you can't take the human influence out of the godliness aspects.

I never knew that the UFW marched under Our Lady... how very progressive of them! My mother is a recovering Catholic from Michigan. She was put in a nunnery at age 5. Super non-awesome. When she finally got out at age 18... she headed to San Francisco in 1969, did a shitload of drugs, became a hippie, met my pop and never looked back. Haha!Organized religion most certainly *isn't* for everyone.

I came from a parish in Sydney where there was a major paedophilia scandal involving boys...and the religious staff at my school were not above a bit of heterosexual rape of the year 12 girls either...

For some reason, however, what has made me most angry is the Canadian church's declaration that they wouldn't baptise the children of same sex couples. According the bishops' own beliefs that means that they would cast the soul's of innocents into Limbo just to make a political point...

Still can't sort my relationship with the Church after all these years.

I attended first grade at Catholic school in Chicago. I found it horrid. The girls and boys were rigidly segregated at recess for no good reason. You were not allowed to speak unless spoken to. We had mass as a class where we all had to sing and take communion. Ugh. From an early age I saw the dark side where children were embarassed, harrassed and berated on a daily basis by religious types.

When I moved at seven I attended a much more progressive church, but I always felt like it was a waste of time thereafter and stopped going when I was old enough to rebel. I just always detested the idea of others telling me what to do, even though I was a well behaved and obedient kid. I figured I didn't need religion to lead a happy or healthy life, and I still feel that way today.

Organized religion has always seemed like an excuse for a closed minds to gather together. Spirituality is something separate in my opinion.

All of these comments suggest that Ms. Bees Knees’ notion of a “recovering Catholic” has validity beyond a joke.

I also agree with Knute123 that spirituality and religion need not be the same thing. I wouldn’t cast all people, though, who participate in organized religion as closed-minded. Hopefully many people investigate and explore their motives for attending church. It would make me happier, though, if so many people weren’t afraid to challenge organized religion.