Signs I May be Going to the Gym Too Often 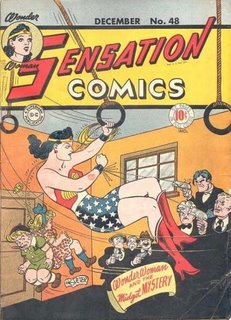 My personality has always had an obsessive side. The gym thing, though, surprises me. It’s not that I like going to the gym. On the contrary, one of the main reasons I became an academic was because it didn’t involve a lot of heavy lifting.

Now, though, I might be a wee-bit haunted by the gym. It is the perfect distraction from work/relationship/politics/global unrest. Still, these things suggest maybe I am taking it too damn far:

Before I walk in the door, I know which clerk will be at the desk based on the day of the week and the time of day.

I weigh myself at the start, middle, and end of my time there.

I have a treadmill that I consider mine.

I know which shower stall is the most used throughout the day (thus, the most dirty) and which is the least used (thus, the most clean). This one also suggests something about my obsessive-compulsive behavior in terms of cleanliness, but that is another blog entry entirely.

I know how many 45lbs weights my gym owns.

I can predict, within three days, how long it will take before a new gym member stops coming to the gym.

My i-pod has music that I will only listen to in the gym and nowhere else.

Although I have never once attended an aerobics class, I know the routine by heart.

I can identify which other regulars are at the gym by looking at the cars in the parking lot.

I notice when they have replaced the belts on the weight machines.

I see more television at the gym than at home.

When I have muscle pain, I think it is a good sign.

I have memorized all the gym’s music play-lists (I prefer the eighties/nineties mix, fyi).

Work is merely something I do before the gym.

I can automatically calculate in my head how many calories I have burned based on how long I have been in the gym.

I show up to the gym at all.

Pictures, please. Come on, flex those guns for us, Anthony!!

Sadly, despite all my time there, I am more thin than buff. **sigh**

Look at these pics of dreamy Chris Evans instead (thanks for the super-link, D.).

Chris Evans, meh...not my type. Guys like that are more like architecture than potential partners. Nice to look at, but you wouldn't want to live there.

Its a good addiction to have my friend. I give names for all the people at my gym based on how I perceive their physical and sometimes personality traits. hmmm these would make a great blog post.

I am way ahead of you, Adam. Click here for that.

I've got to agree with Rex... a few pictures of the Prof would be very nice. ;)

I've really got to get my ass into a gym. Once we move, our building will have a free gym in it (and it's very nice), so I'm leery about joining a gym and signing a contract. But in the meantime, I'm getting more and more bloblike.

I offered a picture of me in a fur hood. Don't get greedy.

I'm with Paul. Come on, Prof! Give us lazy non-gym-goers something to work toward!

Stalking me would mean that you would have to come to Texas. You have to ask yourself, is anything worth that?