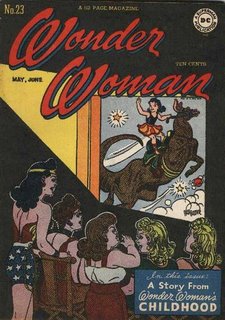 Depression elicits several obsessive compulsive responses in me. When feeling blue, for instance, I am guaranteed to start cleaning the house. Don’t know why, but doing battle with mildew seems like a victory when my life is in shambles.

Issues around food seem to be another major component. Either I stuff myself silly or I simply stop eating all together. No happy medium can be found around eating when I feel down.

Finally, I spend money in totally ridiculous and unhealthy ways. Shopping becomes the most dangerous salve to my wounded soul. Given that I live in a town remote beyond compare, few possibilities exist to spend money in brick-and-mortar stores. On-line shopping, however, has resulted in some bad decision-making on my part. My credit-card balances could easily rival the national debt of some small island. Surfing through on-line auctions, though, temporally stops me from thinking about my sadness. It is also much easier than working on the encyclopedia articles that are still overdue and not even close to completion. So, what insane purchase did I recently make? A 1977 Wonder Woman Doll produced by Mego Corporation.

I have no idea what I will do with Wonder Woman now that I am victorious in my auction battle. Given her Never-Removed-From-Box status, it seems foolish for me to send her out on missions or even change her into her Diana Prince outfits. Nor does she exactly compliment my art-deco furniture.

Obviously, my blog points to an unhealthy fixation on the Amazon Princess. I have a long history, though, with the Mego doll in particular. It was the first toy that I distinctly remember wanting and asking my parents for based on my own interests. My best friend at the time, Ramona, had one of these dolls and it made me green with envy. Mego didn’t skimp in making her super cool, at least for the late seventies. Not only did Wonder Woman come with the tiara (which she used as a boomerang, fyi), the bullet-deflecting bracelets, and the magic lasso, but she also had outfits for her alter-ego, Diana Prince. I wanted one and badly. 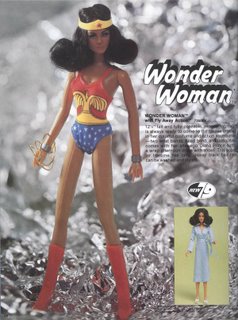 This desire for Wonder Woman put me on a collision course with my father. Weeks of pleading did not sway him. “Enough,” he furiously said one day, “Boys do not play with dolls.” When angry, his eyes turned coal black. It was the same anger that he had when he found me playing with my sister’s Charlie’s Angels dolls. I knew he could not be moved. I also knew that any further requests would result in more than stern words.

Many gay men have similar stories about their fathers. A friend of mine went on a Barbie©-binge when he came out of the closet. Having always been deprived of Miss Golden Pinkness, he built a shrine to her in his adulthood. Barbie©, though, never caught my attention. I just wanted that damn Wonder Woman doll.

Even at that young age, my father had made his disappointment with me known. He fully believed and accepted gender divisions. Both before and after the Wonder Woman doll incident, my father pushed sports and athletics on me as part of “being a man.” Enter Exhibit A: The picture below (by the way, I would later grow up and drive the red car in the background, but that is an entirely different entry): 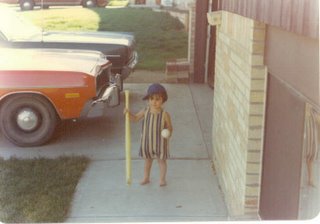 I just never, ever had an interest in sports. My father, on the other hand, loved every sport. In high school, he played on both the football team and the baseball team. Despite my overt lack of interest, he instituted mandatory hours of sports practice for me (he, btw, wasn’t ever actually present at such practice, he just made sure that I went). Given my already existing disinterest in sports, it's no mystery that those hours in the New Mexico sun built my burning hatred of all things sports related.

During holidays and birthdays, my mother left the shopping for my gifts mostly up to my father. This resulted in many balls, clubs, bats, and I think even a croquet set. All things I rarely wanted or used. My father proved determined to find some sport, any sport, that I wanted to play.

On my fifth Christmas, however, I found that my father had tidily wrapped a Wonder Woman doll and left it for me under the tree. To this day, it still stuns me. It also stands out as one of the happiest Christmases of my childhood.

I loved my Mego Wonder Woman doll. She had quite the adventures, eventually losing her left hand during some super-battle. Of course, after a couple of years, my interests had changed. Wonder Woman got deposited in a toy box and forgotten. By my seventh birthday, I became a capitalist slave to Kenner’s unending Star Wars line of toys. This, though, appeared much more gender appropriate. My father seemed relieved, at least for the time being.

Still, the Wonder Woman doll showed an unusual level of kindness and love from my father that touches me today. We have had a difficult relationship, to say the least. Even though he abhorred the idea of his son playing with a doll, however, he still bought one because he knew that it would make me happy.

Yesterday, my recently-purchased Mego doll arrived in the mail. Seeing the familiar package and revisiting these memories made me feel a bit better.
Posted by GayProf at 1:38 PM

Aw. Your dad loves you.

My dad caved in on my ninth Christmas and got me the E-Z Bake Oven I had been clamoring for. He returned it, though, because he figured I might as well learn to use the real stove since he never did. Within a couple of years I was cooking more meals than my mom. It all worked out.

I love the Mego doll, but I must say...she lacks Lynda Carter's magnificent child-bearing hips.

I never really got into any "girl toys" when I was a kid, but many of my superhero Megos (especially Spiderman) wound up out of their costumes an awful lot...

I asked for the same Mego doll for Christmas one year and actually got it! Happiest holiday of my life. Love that you were able to find such a cherished childhood totem. (Know where I can find one, too?)

T. Rex: Your father, I think, made the right choice letting you use the real oven. Though my sisters nor I ever had an E-Z-Bake Oven, the friends I knew who did have one only succeeded in making chocolate-flavored rocks.

Helen: It’s true, Mego Lynda would find it hard to carry a baby to term, but she had fully rooted eyelashes! FULLY ROOTED! Come on, what’s the priority here?

Paul: Yeah, I feel what you are laying down. WW wasn’t the only Mego toy I owned, but the men dolls always had those frustrating painted-on briefs. But, I was a perv, even as a child.

Anonymous: Hail, Amazon Sister! E-Bay can hook you up with all things Mego. Beware, though, we are a crazed lot when it comes to trying to relive our childhood. Diana ain’t cheap – plus, you have to make some tough decisions. Do you want World War II or Modern Wonder Woman? NRFB or “Played With?” Painted bustier or cloth? It can take up a full afternoon.

Ya gotta go with World War II Wonder Woman. She hasn't been the same since they replaced the eagle with the big "W" and turned the bracelets into gauntlets.

Now, if her gauntlets looked like my leather studded ones...

Enjoy it, everyone deserves little things and moments that make them happy.

I always pleaded my dad to sign me up for little league, soccer, etc but he just wouldnt do it. I guess he thought that Boy Scouts was better....yeah that helped masculinize me.

You poor thing. My parents were similar, but not quite as doctrinaire.

Later in college, of course, I discovered thrift stores and now I've got that Wonder Woman and many of her glamourous friends.

That which does not kill you makes you more obsessive!

I have vivid memories of having numerous dolls when I was young, mostly of the baby-variety. It never seemed to bother my parents or give them the least bit of pause. Of course, I was mostly using them as passengers/cargo/roadbumps for my equally large collection of trucks, so...who knows what impression I was giving off.

It was any kind of toy that resembled a gun in any way that I wasn't allowed to have. I only ever had one, and I think it came with a Lone Ranger costume, from my cowboy fixation period.

Dean: I never liked the WW chest symbol either. It always seemed like a knock-off of the Van Halen symbol. But, DC never asks me what I think about Wonder Woman in general. **sigh** Why, DC, Why?

Princess Sparkle Pony: Hey, thanks for stopping by my little bloggy. Also, I am glad that you are keeping track of Condi's hairdo so I don't have to.

Dorian: My parents had the same anti-gun rule (actually, in that case, I think it was my mother's rule). I never really wanted a toy gun (Zorro, unlike the Lone Ranger, never needed a gun – but we won’t get into the debate about who could kick whose ass). Still, I always thought it was incongruous that my action figures could have laser guns, but not me. Eh, go figure.

It's funny that you mention that... I never was interested in "real" guns as a kid, but boy-oh-boy did I want a raygun. I remember I saw an advertisement on one of those "remember when?" shows for a Wham-O Air Blaster, and I thought I was going to explode with joy. I was so disappointed when I was told they were no longer made.