Austin, You Bug Me 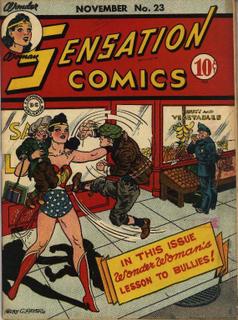 Before I start my diatribe (and such a diatribe I will give you), let me acknowledge some great things about the city of Austin. If music is your scene, Austin can’t be beat. The live venues create an atmosphere of creativity to be sure. Other good things? The man-made lake is really beautiful, even if it is environmentally dubious. Janis Joplin could really sing (though she did blatantly steal from African-American traditions). Willie Nelson’s chronic-smoking ways are endearing. What else? Shaun and I spent an enjoyable afternoon frolicking in the LBJ library. Speaking of libraries, the Latin American collection at the Benson is renowned worldwide. Plus, you can obtain a great cup of coffee in Austin. This alone makes the city uniquely redeemable in the state of Texas. Austin could be really great . . . if it weren’t for the people.

Growing up in New Mexico predisposed me to distrust all Texans. It is something that I am working through each day of my exile here. Austin, my dear, you are making that difficult with your insufferable smugness.

Austin, for those outside the state, claims to be the liberal center of Texas. My experience with Austin folk (Austinites?), however, has shown this to be an exaggeration.

Our university is centrally dislocated. If you spend three hours of the day in the car, you can commute between here and Austin (or here and Houston). Some people make this choice. I don’t fault anyone for wanting to live outside this small town (see my discussion on COID for reasons why).

What bothers me, though, is that those who commute to Austin ooze a sense of self-satisfaction. It is an ooze absent from Houston commuters. By relocating to Austin they have graduated to a higher life form. Their constitution has apparently become too delicate to withstand the harsh conservativeness of the local community. It might be okay for everyone else on the faculty, but they couldn’t possibly live here. It would betray their liberal ways. The implication being, of course, that those of us who do live here are betraying the liberal cause.

Yet, these same people glaze over when I discuss the importance of boycotting most California and Latin American wines. Thinking about pesticide poisoning and unfair labor practices crimps their good times in Austin. Being “left” isn’t about helping people! It is about having access to great music, partying all night, and getting a sweet haircut. Being left is about feeling good about yourself, not fighting social injustice.

Austinites, in this way, have turned me off of their city. They want to be known as “liberal” to make themselves feel special, but most don’t do any of the thinking or the work that claiming that identity requires. Rather, they believe that buying a $250,000 house in Austin demonstrates their commitment to “the people.” Hey, they live in Austin, what more can we ask?

Let us take the University of Texas, located in Austin, as an example. For decades, UT has claimed to be the “left alternative” for students in the state. This “lefty” university has a student body of 47,905, but an African-American enrollment of only 1,897 (barely making four percent of the total). In a state that is well over thirty percent Latino, UT managed to enroll only 6,080 of them (making Latinos less than 13 percent of the student body – (fact checkers, you can find these numbers here)). In comparison, conservative Texas A&M University has an enrollment of 44,435. Of these, about 2.5% (or 1,094 students) identify as African American. Another 9% (4,146) identify as Latino. Both universities’ numbers are atrocious and do not reflect the population of the state. If UT still claims a lefty ideological split from A&M, it is not reflected in the diversity of its students (you can find A&M’s numbers here).

UT saw fraternities throw parties in which members dressed in “Jim-Crow” costumes. They were either completely oblivious to their own racism or were openly celebrating it. Whatever the case, few in Austin objected.

Why, with all of these “lefty” people in Austin, isn’t there a massive mob demanding the university meet its social obligations? Perhaps it is their day to jet-sky on the lake...

One colleague, let’s call him Prof. Funkyglasses, came to us from UT. His arrival generated much anticipation amongst the left folk here. He was a “radical,” they claimed, who would really shake things up. “He,” they said definitively, “is from Austin!” It was as if the city’s physical space had imbued him with superhuman leftness. Our leftness would pale in comparison to the great Austinite.

To listen to them talk, I expected Prof. Funkyglasses would arrive with a case of jaunty berets strapped to the back of his motorcycle. He would distribute these berets, direct us in the singing of “We Shall Overcome,” and then lead us all to revolution.

In his time here, though, Prof. Funkyglasses has not been a steady member of any of the lefty organizations. Nor has he become a voice for institutional change. Don’t get me wrong, he has PLENTY of advice to dole out (and even more criticism) for the other lefty folk. When things need to be done, however, he is no where to be found. It turns out he spends more time in a local bar called “Revolution” than actually leading one.

Perhaps my dismay with Austin originates with having seen authentically liberal cities in the U.S. Urban centers like San Francisco, Washington, D.C., Chicago (most times), or Seattle have a dramatic left vibe. Those cities have astounding liberal powers. They can drag the rest of their states kicking and screaming into the blue column. Conversely, if you are in Austin, you are still in red, red Texas.

Maybe I am jealous of their good times. Being the Center of Gravitas makes it difficult to be happy go lucky. Or perhaps their hollow claims of leftness interfere with my own hollow claims of martyrdom.

Whatever the case, Austin, I can’t agree with your self-appointment as “liberal bastion” for Texas. Based on my experiences, I can only offer that you are “less conservative” than the rest of the state. In the immortal words of Shania, “That don’t impress me much.” Good coffee, though...
Posted by GayProf at 3:09 PM

I don't wanna rain on your poop-on-Texas parade, but you forgot to praise Austin's police department for its uncanny ability to arrest young offspring of the Bush clan. I'm just saying....