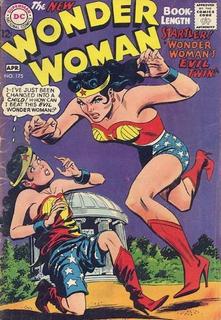 Last week a Christian school expelled a student when administrators found out that her parents were two lesbians (I saw this story first on Shakespeare’s Sister). Obviously, I am outraged. Let’s bring doom onto the school, rise up for revolution, blah, blah, blah.

Still, I had two other initial responses to this story. One reaction involved my feelings about religion. The other, though, is tied to a secret of mine.

First, I simply don’t understand why queer folk would want to send their children to Christian schools. Since I was raised Catholic, I still call on the saints and Our Lady of Guadalupe when I am in trouble. Sometimes they listen. I, therefore, understand the desire to cling to religious faith.

Come on queers, though, let’s work it out. Organized religion is not our friend, particularly Christianity. It’s time to realize that the foundational texts that most Christians depend on are just not cool with who we are. Trying to integrate ourselves into these churches will only bring heartache. Put away the hymn book. It’s over.

We have other ways of creating meaning for our lives. Remind me to tell you about the Kenneth Cole boots that changed my life in a later entry.

Religion aside, the story touched a dark element in my character. You see, dear readers, I have been called a “baby hater.” What has generated this name calling? Though I can’t be certain, it might have something to do with the fact that I hate babies.

I seem to be one of the few gay men of my generation who considers the lack of children a super benefit of being gay. Some of the queer folk around here, however, are desperate for children. I am not saying queer folk (or straight folk) shouldn’t have children. I just don’t know why anyone wants to have children. It baffles me beyond words.

I have tried to imagine what could possibly prompt people to procreate. I can understand broken condoms or missed pills. But to actually plan to have a child? Why? There are so many other things to do with your time.

The best that I can imagine is a parallel to puppies and kittens. These fuzzy creatures elicit an automatic, emotional response from me. They are cute. They must be cuddled. I am guessing that other people must have a similar reaction when they see human worm larvae (?!).

My reaction to babies, unlike my response to puppies, is one of dread. “God, they aren’t going to ask me to hold that thing, are they?” I think, “I bet it is crapping right at this very moment. Better fake a cold to avoid having to touch it. Why do they always smell? Oh, right, the crap.”

In our baby-centered world, this makes me a monster. There is constant, unrelenting social pressure for people to have children. Even my mother sends me news-clippings of various other gay men who adopted children. I despair at the thought.

Shaun always grimaced when people asked if I want children. My response is perhaps too honest: I don’t have the time or interest to keep an external parasite alive. Harsh? Remember, Center of Gravitas.

Don’t get me wrong. I don’t think children should be sent to work in factories. I also support giving huge amounts of funding for public education (why should the little brats grow to be illiterate drags on humanity?). There just doesn’t seem to be a good reason to want a child of my own.

Some people believe that my response to children must be part of my quirky humor. They seem to think under my "gruffness" is a real desire for one of those mewing infants. I allow them to think this, otherwise they will consider me inhuman. Breeder fever, however, is something I will never understand.
Posted by GayProf at 9:50 AM

I don't think that you're one of just a few gay men that feel this way. I think you just live in Texas.

Please pack up your Canadian and move to New York as soon as possible. The first round of Cosmos is on me.

“God, they aren’t going to ask me to hold that thing, are they?”

Rest assured: You're definately not the only gay man in America that can't stand 'em. They freak me out.

Thank God, D.! I am surrounded by ovulating lesbians and sperm-pushing gay men. Maybe Helen is right -- Maybe it is a "Texan" thing.

Wow.. I thought I was bad. I always feared that Id have an ugly baby (Well they all look like aliens.. but.. you know...)and not love it like I should.. lol. I'm over that. I got dogs.. hah.
I don't see anything wrong with not wanting kids.. Theyre a lot of work.. and they stick around longer than most pets. And theyre soo much more expensive! I know I am! =)

Dogs, I understand. They seem like a much better use of money. . .

Same here. I watch with amazement at people toiling over their children. Though, I don't not like babies as much as you do. I will carry and play with them depending on my mood. But baby talking to the baby is OUT.