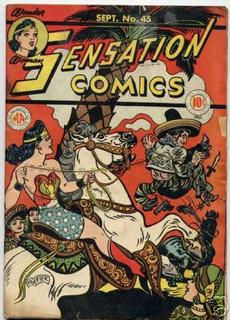 Hispanic Heritage Month, in case you did not know, runs from now until October 15. Various activists first proposed these types of months to counterbalance dominate narratives about U.S. history (that always presumed whiteness). These activists hoped that each month would be an opportunity to educate the nation about the contributions and struggles of Latinos, African Americans, and Asians. So, what is my problem with these seemingly sentimental visions of racial diversity?

Empty rhetoric has replaced activists’ ambitions everywhere from universities to popular culture. Though these venues always claim to celebrate diversity, their practices fall short of the original goals. Taking a cue from Benetton’s United-Colors advertising campaign, each racial group is promised their month of “cultural celebration.” A tiny group offers displays and artifacts that supposedly represent the larger Latino groups. Often these images teeter dangerously close to being racist stereotypes as much as the image in the Wonder Woman comic to the right.

Popular culture currently churns out racial images as a new marketing strategy. It is the consumption of this difference, they promise, that will unite the nation. These images, however, never address the material conditions or complexity of actual people’s daily life.

People of color are supposed to be grateful for the opportunity to “showcase” their cultural difference. What is really gained here, though? Ultimately, these month-long celebrations do little in terms of ending institutional racism. A month of serving tacos and listening to Mariachi music, sorry to say, does not help most Latinos in the U.S.

Our university president marked the start of campus celebrations by describing his vision of Latinos. Though clearly he intended to be supportive, excerpts of his speech gave me the creeps and suggest the larger problems with these events across the nation.

Latinos, he argued, had a set of core values that included ambition, work ethic, determination, family and tradition. In a plea for campus diversity, he declared “We all share the same goals and dreams . . . They make us more alike than dissimilar.” He then invited students to learn about “this culture.” Below the coverage of his speech, the student newspaper included an article explaining Mariachi music and its importance to “Hispanic culture.”

The president’s remarks seem less than genuine when one considers his invitee for an upcoming “Distinguished Lecture.” This particular scholar, whose talk will happen to coincide with the end of Hispanic Heritage Month, has published essays denouncing Mexican immigration to the United States. Among other things, he has printed audacious claims that Mexican/Mexican Americans threaten U.S. national identity because they refuse to give up their cultural traditions. “Throughout our history [meaning white, US. History],” writes this scholar, “people who were not white, Anglo-Saxon Protestants have become Americans by adopting America's Anglo-Protestant culture and political values. This benefitted them, and it benefitted the country.”

Our nation seems to want it both ways. On the one hand, Latino culture is a fun, new commodity for whites – “What fiery music! What colorful costumes!” On the other hand, universities and popular culture flatten epistemological differences –“Gee, if we weren’t different, we would all be the same.”

Difference that can easily be named and consumed (music, food, clothing) becomes safe and the things that institutions “celebrate.” This rabid consumption obscures the lived experience of being seen as racially different from the white mainstream. It also freezes Latinos and other racial groups into a static, monolithic entity.

Certainly I have encountered these expectations when I have taught the senior-level history of Latinos in the U.S. For the most part, Latino students and sincerely interested Euro Americans fill these classes. A small percentage of Euro-American students, however, take this class seemingly expecting I will share my secret salsa recipes. They react hostilely upon discovering that the class focuses on Latinos’ strategies for dealing with historical injustices.

Addressing racism involves more than making Latinos and other people of color visible to Euro Americans for a month (if these months even do that). We have to acknowledge that ideologies about race, class, and gender still structure our relationships and ideas about power. These ideologies, more over, have profound effects on the living conditions of millions of Americans.
Posted by GayProf at 10:35 AM

September 20 to October 15th isn't even a month! Which is just the least of the problems with these celebrations of "cultural diversity".