I Go on Dates 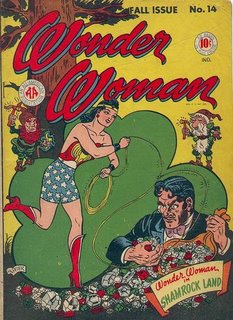 One of my Amazon Sisters recently suggested that I need to outline the qualities that I want and don’t want in a perspective boyfriend. In making my list, I discovered that I operate much more in the negative than in the positive. Really, though, the positive things we want (honesty, loyalty, sexually functional) seem too obvious. It’s those annoying traits that can quash romance.

If you want to love a man like GayProf, it takes a man to do it. I don’t mean that, either, in that homophobic, sexist, anti-femme way, either (We all know GayProf’s opinion of that). On the contrary, it takes a man who is secure in his sense of self and sense of gender. A man who never denigrates other gay folk – ever.

We single gay folk are in this together. This post is for all the men out there searching for a relationship one date at a time. We have all been on bad dates – and I don’t just mean when the harness breaks, either. I am talking about going out with someone who just doesn’t cut it.

Aren’t sure when to break it with the guy you are seeing? GayProf is here to help you. Here is a list of deal-breakers that will end any hope of a relationship with me:

If he hasn’t read a book from start to finish since 1992.

If he votes for Republicans.

If on the first date he says, “I want something casual,” but then suggests we buy real estate together on the second date.

If he makes me call him “Mommy.”

If he asks me to deliver a package for him in the middle of the night that I can’t ask questions about and can’t open.

If he tries to sell me AmWay products on the first date.

If he says he would love to know what I look like inside out.

If he tells me that he hates history.

If he asks, “Who are our current Senators?”

If he tells me, “You would be perfect – if you were five years younger and took better care of yourself.”

If he doesn’t know the difference between Diana Prince and Princess Diana.

If he asks, “Who was César Chávez?”

If he currently has more than four (4) dogs and/or cats in his one-bedroom apartment.

If he says, “You should know that it’s totally over with my boyfriend, I just haven’t told him yet.”

If he doesn’t have any of his own friends. This might indicate that he has some social problems.

If all of his friends are straight, evangelical Christians. This might indicate that he has some religious problems.

If he drives a truck bigger than my apartment (Remember: I am in Texas).

If the only, and I mean the only, music he listens to is from Wilhelm Richard Wagner.

If he fetishizes a racialized group, regardless of what racial group he claims for his own identity.

If he says that he will pick me up, then shows up on a bicycle. What am I supposed to do? Ride in the basket?

If he asks if we can stop to “touch base” with his parole officer before we have dinner.

If he asks if we can stop to “touch base” with his wife before we have dinner.

If he asks too many questions, like “What’s your name?”

If he uses the phrase "touch base" at all, I'd say kick him curbside.

And don't forget...the bitch has to get past me.

Thanks for the Chris Meloni fix! Biggest weiner on Oz...sigh...

Oh, sorry, guess that music thing mostly applies only to me.

Or scarier and even closer to home

"If he's mean to my friends"

Yep, and I stuck with it for another year, fool I am!

Everyone is so particular! It's a wonder you ever have fun. Although I can't imagine some of them really happening. Are you insinuating that they have?

Oh and sorry, that was the most glaring example of intellectual snobbery about Cesar Chavez, feeling superior are we?

Forgive my snarkiness, I'm in the thrall of withdrawal. Hey that rhymes. Ok, what were we talking about...

Hm. Some of these were very specific. Speaking from experience?

Helen: And don't forget...the bitch has to get past me.

Well, that goes without saying. I take it, though, that Meloni has your stamp of approval?

MEK: For all involved, it's best that I don't sing on the first date. It's too distracting to have those packs of dogs howling.

TornWordo: Ouch! You are cruel without the ciggies. No claim of superiority intended. I think everyone should know César Chávez -- You know -- Latino Civil Rights leader -- Major Union Organizer -- Like Martin Luther King, Jr., only Latino. Why doesn’t anybody know who he was? They don’t have to know his life story, just a vague sense that he existed at some point in history. It just seems like a good thing to know.

Now, if I demanded that they know who George Chanucey and George I. Sánchez were, then there might be something where I was being bit picky. And, hey, aren’t you in happy coupledom? Don’t judge us single folk.

Earl: I am not saying, I am just saying.

Dream that Golden Dream, Girl! After many, many, many (and many more years) labouring in the salt mines of dating/tricking/searching for love's labour, I hear you Miss Young Albuquerque 1987! And after dating dozens of shop girls, office clerks, and florists, I realized that love (or, um, lust) actually can't conquer all. You need to be able to take this person places. Some intellectually discordent (LOL) couples sometimes do work, but there has to be, IMHO, some approximation of interests. That's not snobbery, that's just reality. I'm sorry, but bear kitsch and nights at the local diner are not gonna cut it, at least not for this Strange Bear (who is, like most academicians, quite strange indeed).

That said, I do think that singledom and married life do suffer from "Grass is Greener" effects that are hard to see from each respective viewpoint. Enjoy your singleton time, your ability to focus on yourself, your magnificent independence, and your own fabulousness. Some man will come along eventually (and most likely will go away after a time) and that will offer its pleasures. And don't discount plain old tricking, the gift that gay men have perfected and given to the world.

But nothing last forever, and in the end we only have ourselves (and las girlfriends, natch) as moral and ethical paradigms, fabulous creatures of pre/late/post modernity. So, girl, make sure to wear your prettiest dresses every day, buy nice underwear just for you, and caress your body in the finest lotions and potions, cause you yourself are your most fabulous creation!

Love, The Wicked Witch of the Northern Ice

PS Please promise this Bruja that when you do eventually find Mr. Right (for the time being), you resist becoming a Pod Person, wearing matching sweaters and talking about your "house in the country." Cause then Miss Oso will actually have to get off her ass and come school a girl, and Miss Oso is quite comfortable sitting on her ass, so she will be PISSED, girl.

When you start stalking Aaron Eckhart could you let me know? I want to come along and I can't find his fansite by myself!

I'd add "he gets bitchy after the first time I hurl a bottle of whiskey at his head."

This post reminds me of a long-ago "Ten Reasons I'd Be a Good Boyfriend" that made the rounds.

Wow this list is rather exhaustive no? I mean the bike thing, thats a bit harsh. Most of them I agree with but you can't always get what you want.

Adam: Yep, I feel what you are putting down.

Seriously, people, it was just a post with attempted humor. You know, a bit of ha-ha.

You all can't really believe that I make lists like this regarding dating? Cripes, lighten up. And people think I have gravitas.