Not Much to Say, But I Will Take Up Your Time Anyway 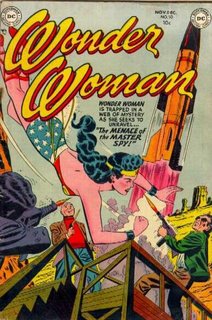 It’s been a busy week for little GayProf. Instead of soothing, comforting quasi-anonymous interactions on-line I had to deal with harsh, impersonal face-to-face interactions involving actual human contact. *shudder*

Over the previous couple of days, I ventured off to Texas’ capitol city for an academic conference. I served as the chair of a panel, which was the best conference duty ever, ever. No need to prepare a paper. No need to prepare a comment. All I had to do was rattle off some short bios of the panelists, pretend like I was listening, and ask for people to applaud them. All that and I still got a line on my c.v. Score for GayProf.

I also ate with some friends at a local jazz club/steak house (Yes, I am in Texas). We had excellent food, but Philadelphia’s Zanzibar Blue still ranks as my favorite jazz club to this point.

Sadly, I have little to add to my bloggy this weekend. Beyond waiting to watch the gayest night on television (a.k.a. The Oscars) with some in-town buddies, I have nothing to report in my own life except that I am fighting off a cold.

I will point your attention to Helen’s call for supporting Democracy Now. Personally, I do everything Helen commands in her blog. Yeah, I am so her bitch. I will be in serious trouble if she ever starts talking about whipping up a special blend of Flavor-Aide.

In this case, though, Helen (in league with Joe.My.God) is all about undermining the current administration. Let’s bring those approval ratings down from 40 percent to 10!

Finally, a personal message to George Michael: What the fuck? George, George, George. In my tween-teen years, you reigned supreme. I graciously ignore your Wham! era. Your album Faith, however, made you every schoolgirl’s pride and joy. Plus, you got a brand new face for the boys at MTV.

For me, though, Listen Without Prejudice has to be one of the queerest albums ever released in mainstream media. You may not have been out, but with songs like “Cowboys and Angels” and “Freedom” only clueless hets didn’t pick up on your true desires and messages in that album. 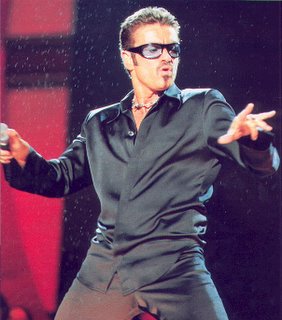 So, nothing you produced after that album captured much attention. Let's be honest, that album didn't really hold up that well either. That’s life.

Why, though, can’t you stay clear of Johnny Law? Cruising for anonymous toilet sex is your business. GayProf doesn’t judge, though I am concerned for your safety. Can’t you spot a cop, though? The ability to spot copper should be more finely tuned than your gaydar.

We forgave your previous gaff because you decided to come out. Hey, we gay folk will accept anything from people if they do it while coming out the closet. If Enron Exec Kenneth Lay had said he embezzled all that money and cheated people out of their retirements because he was conflicted about his sexuality, we would have created a legal defense fund for him and baked him a Bundt cake. It’s our way.

George, though, you only get come-out sympathy once. We learned that the police arrested you again a few days ago. This time you came dangerously close to drowning in a pool of your own drool as you lay passed out next to a toilet-sex cruising zone. Now you are just getting weirder and weirder and creepier and creepier.

Make a lenten pledge, George, to keep the pants zipped, the nose powder free, lose the creepy face-hair, and try, just try, to come up with some decent music that doesn’t sound ten years out of date. Can you do that for me? Shouldn’t all this prison time be inspiring you or something? Thanks and kisses.
Posted by GayProf at 2:25 PM

Personally, I'm a big fan of the creepy face-hair.

I think Helen and Joe must be doing some good. George's rating was 34% according to USA Today (via Yahoo! News. I never read it myself) and VP (rhymes with creep) Dick was at 40%. How bad are you when you come in second to someone who shot his friend in the face?

Enjoy the remainder of your weekend.

My favorite part of this post is when you saw you're so Helen's bitch. This has got me thinking about my own life...in a good way.

I hear you Gayprof. I chaired a panel yesterday, but like a fool, I presented presented on it as well.

Nobody I know personally.

You have to hand it to George Michael in a way. Everytime he fucks up, he owns it immediately. "Yup, I was fucked up. I deserved to be arrested." And with that, the tabloids retreat in disappointment.

I've been meaning to post about the time I saw George's penis in person. True story!

I agree w/Joe. George immediately cops to (no pun intended) his fucks up. No huge spin (unlike say Boy George).

...and he can't stay away from the cops if he's passed out. They are just harder to see that way.

If you want to hear an a great G. Michael song though - check out his cover of Elton John's "Tonight" from the 'Two Rooms' disk.

Now get in the kitchen and make me a turkey pot pie!

"If Enron Exec Kenneth Lay had said he embezzled all that money and cheated people out of their retirements because he was conflicted about his sexuality, we would have created a legal defense fund for him and baked him a Bundt cake. It’s our way."