I Live in a Glass House 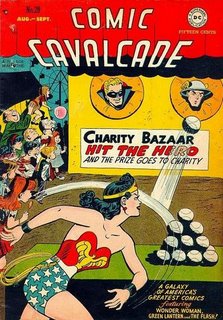 Over the weekend I contemplated which episode of Spenser: For Hire that I wanted to reenact first upon moving to Boston. During that time, though, I also noticed concerned e-mails and comments that took my last post very seriously. I appreciate the feedback and honesty. A few also expressed the idea that it made me seem like kinda of a dick. Let me put all those concerns to bed. Don’t be silly, of course I am kinda of a dick.

Seriously, the last post wasn’t that deep. I only intended to poke fun at the foibles of dating.

If I really grooved on a guy, most of that list would not really keep me from dating him (unless he was married/involved with somebody else who believed that they had a monogamous LTR – That’s just not cool, no matter what. Remember GayProf's Dating Rule #23: If he cheats with you, he will cheat on you.).

Believe me, I have plenty of personality quirks that would keep many (most?) men from asking me for a second date. What are they? Oh, I might have a list. Any one of these things will turn off a lot of guys:

I confuse myself with spend an unusual amount of time thinking about Wonder Woman.

There is the gravitas thing.

I have an opinion about who was a better Darrin: Dick York or Dick Sargent.

I have an opinion about just about everything.

I expect everyone to know who César Chávez was.

I use the following words way, way too much in casual conversations: dubious, salient, and Futurama.

I am a major pain in the ass when it comes to buying wine. Not because I am wine snob, which I am not. However, I won’t buy wine from domestic vineyards that aren’t unionized. Likewise, I won’t buy wine from Latin America because of the labor issues there. With all of these restrictions, we are usually left with just one or two options on most restaurant menus. Don’t even get me started about table-grapes. To be honest, even I am tired of hearing me talk about this issue.

GayProf has an annoying habit of referring to himself in the third person. He wonders why he does it, but yet he can’t seem to stop sometimes.

I think there is a "right way" and a "wrong way" to load a dishwasher.

I need constant reassurance. If I am not getting it, I will ask for it outright. At first, this seems endearing. After the tenth time, you begin to suspect I have OCD mixed with low-self esteem.

My entire wardrobe only contains three belts and three pairs of shoes.

I stubbornly refuse to call Texas’ attempt to secede from Mexico a “War for Independence.” Instead, I call it the “Texas Rebellion.” This is a useless and silly thing to be stubborn over, but I won't give an inch.

Actually, I am just stubborn and contrarian without good reason on many issues.

I don’t eat any seafood, but I make the bizarre exception of processed tuna.

I have more debt than many island nations.

I know that Boston served as the backdrop for Spenser: For Hire.

I have so much emotional baggage that I need to hire a SkyCap. It’s heavy, bulky, and unwieldily baggage, too. We are talking hard-sided Samsonite without any wheels.

Usually I spend half of my days with disgruntled eighteen-year-olds and the other half with know-it-all academics. The sad part is, I kinda like them.

See? By many standards, GayProf is kicked to the curb as easily as he might kick somebody else to the curb. That’s okay – It’s just part of dating. After the past year, I know that I am better off alone than unhappy.

Dating is not the same as having a LTR. Dating is about finding someone whose qualities and interests match your own. Everybody has quirks. Though I poked fun at some in the last post, it really isn’t those types of superficial quirks that keep me from dating somebody. Rather, it’s looking for that emotional connection and deciding that you care about that person enough that their annoying idiosyncrasies just don’t bother you.
Posted by GayProf at 1:14 PM

When you start stalking Aaron Eckhart could you let me know? I want to come along and I can't find his fansite by myself! LOL

GayProf wrote: "I need constant reassurance. If I am not getting it, I will ask for it outright. At first, this seems endearing. After the tenth time, you begin to suspect I have OCD mixed with low-self esteem."

Hmmm...perhaps I should implement this trait myself, at least I'd know what the guys in my life really thought of me.

Instead I hear crickets.

OK I've been thinking about these lists and I suppose that I didn't react at first because I think of myself as a pretty easy going guy. I mean, I hosted a roommate in my one bedroom apartment for 16 months and we had a blast. I loved having him around. Mostly. I mean, he only kicked in a portion of the rent - like - three times - but he was a blast. So like - it takes alot for me to start enumerating reasons why I would kick a bitch to the curb...but what I found after I had reached my boiling point (I guess I'm a slow boiler) was that given time I'm a persnickety little queen. Here's my list of spoilers:
* He breaks my china.
* He soils the rug.
* Cum stains - on my curtains and other fine fabrics.

So who WAS the better Darrin?
I own Samsnonite luggage without wheels; got it from my parents, who used it on their honeymoon. What was once old is now vintage.

Thank GOD I don't have to deal with dating.

Roger NEVER refers to himself in the third person.

You made me feel guilty for picking on you.

You know we adore Gayprof don't you?

And it's a shame what the UFA is doing in Chavez' name these days.

I mean UFW, whichever one is the United Farm Workers.

Shoes dear...he soiled my lovely carpet with his dirty shoes.

You have more shoes and belts than I do.

And the gay Darrin was better.

I thought your last post was perfect then again I'm a snob. Sing it gurl. Sing it!!

> I think there is a "right way" and a "wrong way" to load a dishwasher.

Oh, right there with you, sister.

I know who Cesar Romero was, avoid seafood and I adore Wonder Woman.

Just wanted you to know.

Yikes, I think we may be the same person! Okay, well not EXACTLY the same, but I'm with you on the none but tuna rule, among others.

Exept I have a husband, so I KNOW there's a "right" way to load the dishwasher--and can't understand why he won't let me teach him.