I Think About Race 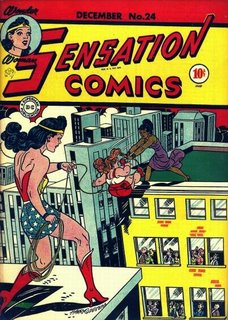 Roger Owen Green left a comment on my bloggy a bit of time ago that had me thinking. Since around 2001, the media has been expressing their perpetual shock that Latinos actually constituted a significant portion of the U.S. population. Indeed, they couldn’t believe that Latinos had somehow displaced African Americans as the largest “minority” in many parts of the nation.

Yet, the U.S. also has an obsession with racial tensions. I can’t help but feel that the news outlets want a gang scuffle to erupt between Latinos and African Americans. They want the great ratings that urban riots always create. Each new announcement about Latinos’ population growth brings the media one step closer to being that obnoxious kid who raised trouble on the playground.

“Hey, African-American-folk,” one can imagine NBC news saying, “Latino-Folk told me that they are the nation’s biggest minority now. What do you say about that? Yeah, Latino-Folk are talking all sorts of smack. Latino-Folk said that their father could kick your father’s ass. Are you just going to take that?”

Then NBC news runs to the swings, where Latino Folk hang out. “Yo, Latino Folk,” NBC says breathlessly, “African-American Folk say that you are keeping wages down. They also talked about your mama. They said that your mama’s legs are like the Red Sea: They both have been parted one too many times. Don’t you defend your mama’s honor? Get over there and kick their ass.”

Much to the dismay of network news, large scale animosity has yet to develop between African Americans and Latinos. This is not to say that the two groups have a perfect relationship (which they don’t – trust me), but neither side seems to care as much as the news would like. Most African Americans seem unconcerned about changing demographics. “What?” They ask, “Latino Folk are the largest minority now? Okay – whatever. Tell them good luck with that. It didn’t really do great things for us for the past two hundred years.”

The media is so hungry for dissent between the two groups that is has mostly ignored the real efforts by African Americans and Latinos to cooperate in various communities. It doesn’t take an extra eye to see that these two groups grapple with many of the same problems because of the ways that economic class and race have been linked in this nation.

In the mid 1990s, the Service Employees International Union (SEIU) started a massive campaign in Los Angeles and other urban areas known as Justice for Janitors. The campaign looked to unite custodial employees who clean high-rise buildings, hospitals, and other public zones. During a period when union membership declined, the SEIU had astounding success in recruiting new members. Not surprisingly given the racial composition of service employees, SEIU’s newly emerging membership drew on both Latinos and African Americans.

This union’s success hinged on articulating a joint cause between African Americans and Latinos. Rather than playing one off the other, Union leaders argued that African Americans and Latinos could only improve their working conditions if they worked together. In their official mission statement, SEIU states that economic justice “means building stronger communities and getting involved in the fight for affordable health care, immigration rights, racial equality, and equal opportunity for all.” SEIU has more immigrant members than any other union in the U.S.

Rather than being swept up in the fervor of who gets to be America’s favorite minority, we need to pay closer attention to what actual people are doing to address the problems in the nation. As with many things, the media simply misses most of the story.
Posted by GayProf at 10:56 AM

The media seemed to seize on the Latino/black economic issues in New Orleans, where workers (I believe Mexican, but don't quote me) came into the area to do repairs, and the indigenous (i.e., black) folk were frustrated because, in many cases, they didn't have the means to compete (tools gone, in many cases). There was frustration on both sides. The racial/ethnic backgrounds were highlighted. (I can't imagine there weren't white contractors both in the area and coming into the area, but you wouldn't know it from the story.)

Of course, I NEVER think about race.

In my part of the universe we had a riot because a (black led) radio station announced Asian men had raped a black girl in a shop. Several people died. That floors me, but on the basis of rumours that turned out to be untrue, normally sentient creatures went on the rampage and now several beings are no more.

Turned out to be something to do with a conflict between asian and black shopkeepers and retail customs, which is ridiculous. Capitalism wins and people lose.

Not sure what I came in here to say. Divide and conquer, was probably all I intended. Aren't we all beyond that, though?

It seems there's more intra-racial tension, if that makes sense, being covered, where legal Latino and African Americans ostensibly resent illegal immigrants from Mexico and those "Africans" who are taking "money and jobs" from black Americans.

America is just messed up when it comes to racism. We don't want to talk about it, yet we're obsessed by it. And then we talk about the wrong things and won't talk about the right things.

Well, the media prefers (or does the audience?) to talk about conflicts. This is nothing new. Cooperative action stories never get the time of day. And probably never will.

Somehow I'm a bit saddened that we don't have a film on Caesar Chavez.

Maybe it's because, although he did a tremendous amount of good he died old and well respected unlike great leaders and murder victims Ghandi and Steve Biko (Cry Freedom).

Still, we need a film of Caesar Chavez, don't you think? Maybe then more people would care to know more about him.

His early life, his family being swindled out of their farm and such is fascinating, only the end of the film needs to show how much good he did in his lifetime.

It was how he grew up and what the world around him turned him into that is fascinating. Let's lobby Hollywood!

Have to recommend a visit to comedycentral.com where you can see the Mind of Mencia doing a Brokeback spoof called Wetback Mountain featuring Mario Lopez. Hawt and cute and funny. And another case showing a straight ethnic minority using the closet trope to describe inner conflicts about cultural assimilation. Love it.

Majority America fears the possiblity of minority cooperation because it threatens traditional hegemony.African Americans fear the loss of politcal power and attention to their economic issues,that the emerging Latino population represents.Fear is a key to the understanding of race in America.Many African Americans feel that Latino citizens are willing to accept infringements on the Bill of Rights, that African Americans have fought for centuries to win for themselves.After all many Latinos immigrated from countries not known for the rule of law.Latinos see the current state of the African American community and want to do all they can not to repeat the same pitfalls. Finally,Latinos can be white or brown and bring with them their own issues of race, from their cultures of origin. America needs to know more about those.

I would love to see a film about Cesar Chavez as well -- especially one that explored that golden moment when he, MLK and Bobby Kennedy seemed to be coming together. That was what the poor people's march was really about.

Why can't we all be as "ONE" and see past the colorlines? We should all be integrated: African American, Asian, Latino (Mexican, Cuban, Puerto Rican {all other Latin Americans}), white, Indian, mixed, Jew, mixed race, all others and more so it can be racially diverse as America is the melting pot of the world, and yet, that isn't always the case. Hate and anger will destroy you from the inside out, life it way too short for that, esp. with separatism, becuase when that kind of garbage exists, one misses out on things. Subside those things for good. Have a nice day.

Chiron, don't you EVER laugh at racist jokes you devil. I wish you a lot of success, happiness and peace you ignorant piece of garbage, just like KKKarlos Mencia is. My name is Gabby Martinez. Have a great day.